Citizen
"It's been a long road"
MUTE. 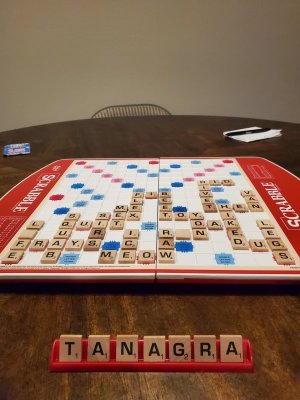 at are the odds? 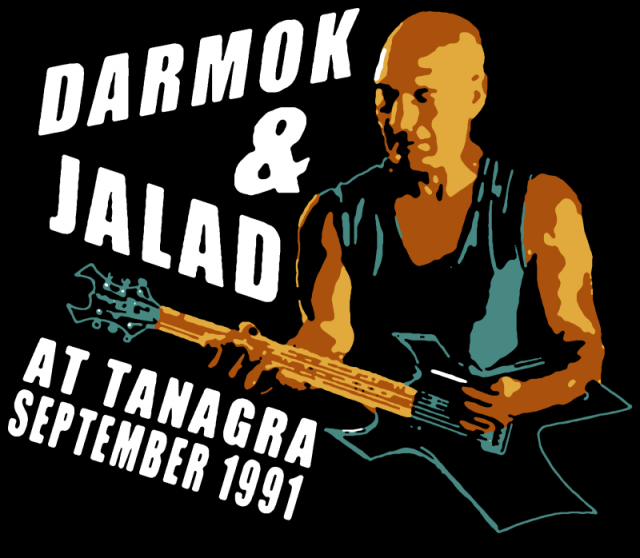 Glitch said:
"It's been a long road"
MUTE.
Click to expand...

While the writing for seasons 3 and 4 of Enterprise really knocked it out of the park -- to the relief of those of us who stuck through a largely lackluster second season while everyone else spoke of "franchise fatigue" -- I will never understand the "bright" idea of reworking the theme to make it sound alt-country. The original version, while neither traditional Berman-era orchestral nor ethnic-instrumental "naturalistic sci-fi" as was in vogue with Firefly and Ron Moore's BSG, had grown on me as an anthem of human progress and the desire to explore as it stood in the mid 22nd-century.... and then they went and did that to it.

TL,DR: I occasionally insist on playing the first/second season version but will skip the third/fourth....
K

Citizen
Yeah I never understood the remixed intro. I remember fans being pretty disappointed in the intro at launch, and it’s like they double-downed intentionally.

Citizen
I think it would have changed the feel of the show to change for a more "star trek" styled intro.

I don't know why the production crew felt this might have been a bad thing, but here we are. Truth be told: I rather like the intro song, but I am generally a fan of this kind of folk rock.

Citizen
Yeah, the S1-2 version grew on me, but the S3-4 is a No. As for an orchestral opening, the one usually referred to as "Archer's Theme" was meant to be that before they decided to go with Faith instead. It becomes obvious if you put it against the actual opening sequence:

Citizen
A) if it’s timed *that perfectly*, man then yeah. That was the original Intro.

B) the IAMD intro is solid. As is the Jumping the Ravine theme from Generations over these credits.
Last edited: Nov 29, 2022

Citizen
Eh. Maybe they should have pulled a Bablylon 5 and almost completely change the theme based on the season in question. Slowly evolve it from Faith of the Heart to something more akin to the TOS theme.

Citizen
I'm watching Star Trek - Strange New Worlds Series I on DVD. Discovery and Picard are both on break. Next will be Discovery Series V on DVD. I finished Picard Series II on DVD as well as Discovery Series IV.

Citizen
Prodigy is airing currently, and honestly is pretty good for what it is. Not sure what's going to pick up after its done yet, but they've basically been going straight from one series to the next as each finishes what they had scheduled to stream.
W

Citizen
I'm watching both Lower Decks and Prodigy this week. The live shows are on break right now.

Citizen
Some thoughts on how all the post-Nemesis shows weave together, given the Prodigy finale:


If you take the Living Construct, the Texas-class ships(Yeah, I know, LD) and the Mars Utopia Planitia incident all happening fairly close together, it at least makes the seemingly sudden knee-jerk reaction about AI in Picard(Yeah, I know) a bit more understandable, in a human way. (Plus whatever the AI vault in LD is leading to, if it's used for anything more than a one-off joke.) And after what happened in the Living Construct incident basically being a Wolf 359 level event in terms of ship loss, considering this was during the evacuation fleet buildup, and then Mars, it really explains why the Federation was low on ships. And as for mothballed ships that they could reactivate, those probably got mostly scrapped during the Dominion War with how many Mirandas and Excelsiors were lost there.

Still dumb that they didn't keep trying anyways, but if all they had were just enough ships to keep things going internally and the other shipyards were busy building new ships to replace the ones lost here, they they wouldn't have had more than a token squadron to spare and they might have thought that'd be seen as an insult. (Or it was a convenient excuse to abandon them due to Undiscovered Country style attitudes against Romulans, as this basically was their Praxis.) The copy-paste fleet was probably literally pulled from just completed construction too at a nearby shipyard or shakedown area, taking all this into account, as an explanation for why it existed rather than the usual mixed fleet.
I do know some would rather ignore certain series, but, intentional or not, LD and Prodigy really do seem to have expanded on things enough to explain some of the goings-on in Picard that we all disliked.

Citizen
So I’m sure I’ll get lit up for this, but why couldn’t they just build a replicator on a large scale to make ships? If starfleet took off the safety protocols like not being able to replicate a gun, and make start ships that way? Seems that might be quicker than constructing a ship.

say for example LaForge made the Enterprise D’s engine the best in starfleet, enter those specs into the replicator then they all come out with those better specs.

Citizen
As far as AI goes, we also don't know what happened (unless it was addressed in the novels and I'm not aware) what happened with all the EMH's that were forced in to manual labor. With the near perfect way holodecks were able to create sentient life and certain threads weaved all throughout Voyager, it sure feels like there should have been a hologram uprising or rights movement of some sort between then and Picard.

I would love Picard S3 to get in to that with certain characters coming back, but who the heck knows what it plans to do.

Citizen
I remember reading a novel set on earth after voyager made it home, and the story line was in fact hologram rights and technological sapience. It was actually pretty good, and I wish I could remember the name.

The problem with ship scale replicators is the exponential energy costs. Part of it is the complexity of the material in question increases energy cost (for example; latinum can't be replicated, which is why it's used as a basis for currency.) and part of it is just... size. It's why it's easier to assemble starships from parts cranked out by industrial replicators. I also seem to remember something about the nature of the high energy systems in starships are prohibitively expensive to replicate.

See, people see stuff like that one episode of the lower decks "we don't even use currency in the federation!" and confuse it with "not having an economy". The federation does have an economy, but it's an energy economy not a resource economy.

Citizen
I thought they couldn’t replicate Latinum because of safety protocols.

Without me having as much knowledge about that world as others, to me it seemed as easy as Picard in First Contact taking the safety protocols off to get a gun to shoot the borg. I didn’t fully think about an energy consumption basis.

Citizen
Yeah, lazers are a thing, so light is plenty lethal if you put enough juice into it. Holograms are just light and force fields... so... yeah. If you die in the holodeck, you die in real life.
You must log in or register to reply here.
Share:
Facebook Twitter Reddit Pinterest Tumblr WhatsApp Email Share Link
Top Bottom