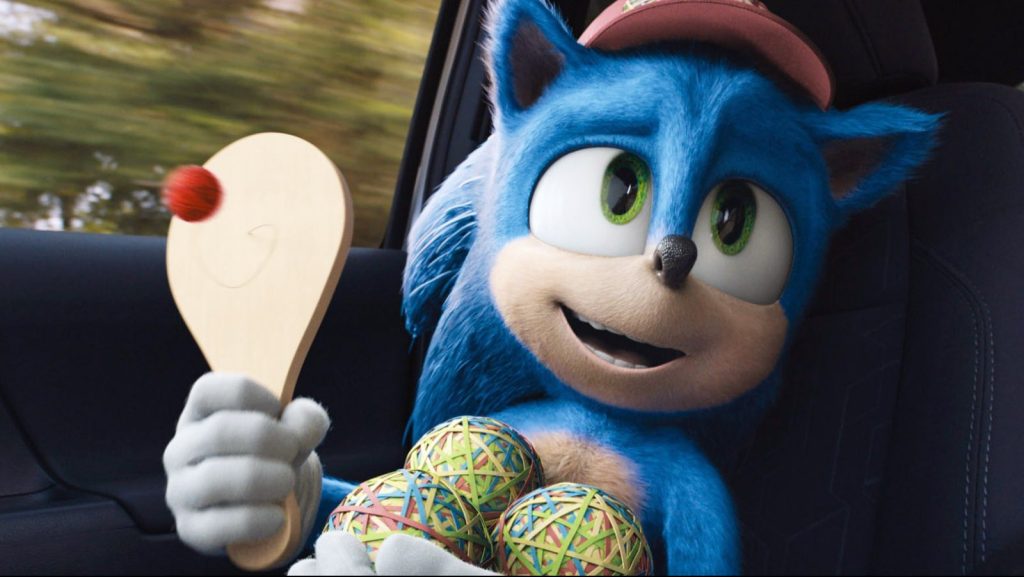 EXCLUSIVE: Even though the second film doesn’t bow until the spring, Paramount Pictures and Sega Corp are moving fast to build on their growing Sonic the Hedgehog universe with projects in bo…

EXCLUSIVE: Even though the second film doesn’t bow until the spring, Paramount Pictures and Sega Corp are moving fast to build on their growing Sonic the Hedgehog universe with projects in bo…

Citizen
*SIGH* I miss the Archie-Sonic-verse. In all it's baby Knuckles in a microwave, mentor ants, and dozens of same-faced Echidna family glory. But, yeah, probably better to avoid that. Unless Penders thinks he owns the idea of "other Echidna's existing"...

Actually, is Movie-Knuckles the last of his kind in this universe? I don't think we know for sure yet, do we? I assume SOMETHING probably happened to the other Echidnas in the backstory already.

Citizen
The first movie opened with kid-Sonic being chased by echidnas, so unless they specifically died out in the interim, they're still around.
Z

Citizen
Well, that's kind of what I'm assuming. I assume they want Knuckles to keep the "last of his kind" angle. While also giving us a mystery and a reason why he'd be mad at Sonic...he assumes Sonic had something to do with all his people dying/going missing. I just don't think that's been 100% confirmed yet. They COULD still be around...I just doubt it.

Staff member
Council of Elders
Citizen
I don't expect them to get too deep into it. Knuckles is lovably simple. "Don't touch the Master Emerald" is all the motivation he needs.

Citizen
A buddy sent me this.

Citizen
I got that figure yesterday. It's shockingly good.

This from a line where having elbows at all is not reliable.

Citizen
The more I think about it, the more I wanna see Jim Carrey's Robotnik sing a cover of "E.G.G.M.A.N." from Sonic Adventure 2.

Though, maybe without the first verse since that's the only part of the song that's SA2-specific.


Funnily enough, he did once sing a cover of the Beatles song "I Am the Walrus", in which he utters the words "I am the Eggman":

Citizen
Oh lord, I’m feeling bad for Comic Drake on YouTube. His fans have requested a dive into the Penders lawsuit….. I pray for his sanity.
Z

Citizen
It'd get even crazier if he included what Penders is up to lately....trying to make NFTs out of his "original characters" like "Green Knuckles". 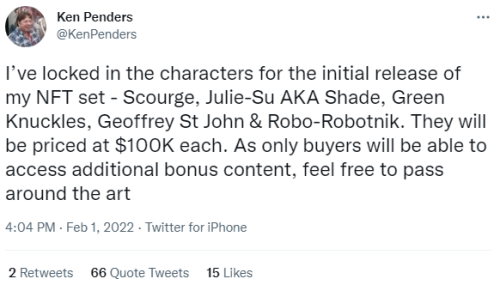 It's stuff like this that makes me wonder how Penders has such great lawyers. Did he save a bus full of lawyers and now they all owe him a life-debt or something?
Last edited: Mar 7, 2022

Citizen
I thought other YouTubers have already covered the Penders lawsuit at length. Why force that on Comic Drake?

Citizen
Nick from Game Apologist has said hes been looking into doing a more comprehensive look at the whole thing. Hes sick of alot of misinformation and half truths supposedly out there. Hearing him talk about it sounds like hes able to not be a fanboy about the whole thing too. His manta is "yeah, Penders is a total asshole, but he has some valid points"

Citizen
It's not like Penders doesn't have a case to fly, but what he's done with the the IP he gained control of is just bleh. It'd be one thing if his own creations since didn't make my skin crawl.

Citizen
Yeah the thing with the Dark Brotherhood game absolutely was a total ripoff of the Dark Legion storyline in the comics. But a) Archie screwed up by not keeping the proper documentation that says they own the stuff the wroters create for the comics and b) Penders is really just grasping at relevance with a massively over inflated ego.

Citizen
Everything I know about Penders I learned from that one "Tell them about Ken Penders!" Linkara skit, and I've forgotten most of it. The short story, as I recall, is that he wrote a bunch of stuff for Archie, either quit or was fired, sued them claiming that he owned the rights to everything he'd created for them including the characters, turned out by a total coincidence to be right, won the case, and has since then tried to parlay what now amounts to fanfiction into some kind of profitable enterprise despite the fact that the only people who could possibly care are Sonic fans who now hate him for rendering their favorite characters noncanon. Is that about the shape of it?
Z

Citizen
Yep, more or less. But, add in the fact that he actually hasn't DONE anything with his supposed characters in nearly a decade. No comics, maybe some pin-up art but that's about it. He went through all that trouble...and then didn't DO anything with it.
You must log in or register to reply here.
Share:
Facebook Twitter Reddit Pinterest Tumblr WhatsApp Email Share Link
Top Bottom