Citizen
Ian Flynn is AMAZING with characters. Like, he had to come up with replacement Eggman's Dozen right off the bat when the other set couldn't be used anymore. I loved that four parter! So many cool and conflicted evil characters and personalities to play around with. So impressive. Too bad we can't see any of them ever again. (The team oriented water buffalo, the cowardly snake, the hilarious chinchilla, that creepy cool Maw guy who killed so many innocent creatures with his vortex mouth. The only boring one was the undercover raptor.)

I swear, Ian Flynn should be given a Marvel or DC book to go wild in. He would be awesome at it.

Oh, yeah, I could see Flynn really getting influenced by the MegaMan manga. I was a bit annoyed that he might has subconsciously copied Flashman being backstabbed by Quickman, which happened in the manga and his adaptation.

Also, Flynn did have the hurdle of needing or being expected to adapt all NES and Gameboy games before he can do real lore damage. Even tougher that he's given four issues to adapt a game EACH.

Citizen
It's been a while, so my timeline might be mixed up, but I think Mega Man and Sonic Boom were axed around the time that Archie was trying to get Riverdale and their reboot off the ground, even going to that Kickstarter that massively backfired.

But no, I'm pretty sure that Penders and the contracts had nothing to do with it.

Citizen
In all honesty, amid all the gags in this video, the very last one is how the scene in the actual movie should have been.

Staff member
Council of Elders
Citizen
Lightyear has kicked Sonic 2 out of most of its remaining theaters. It's going to be a struggle for Sonic 2 to cross that $400 million worldwide mark now, and it's so close. Help us, Japan. You're our only hope.

Citizen
Just saw Lightyear. What the hex?!? Hmm, I'm not sure which I rank higher tho. Lightyear needs digesting while Sonic 2 was just Sonic 2.

Yes, I was actually expecting that punch scene in HISHE vid.
Z 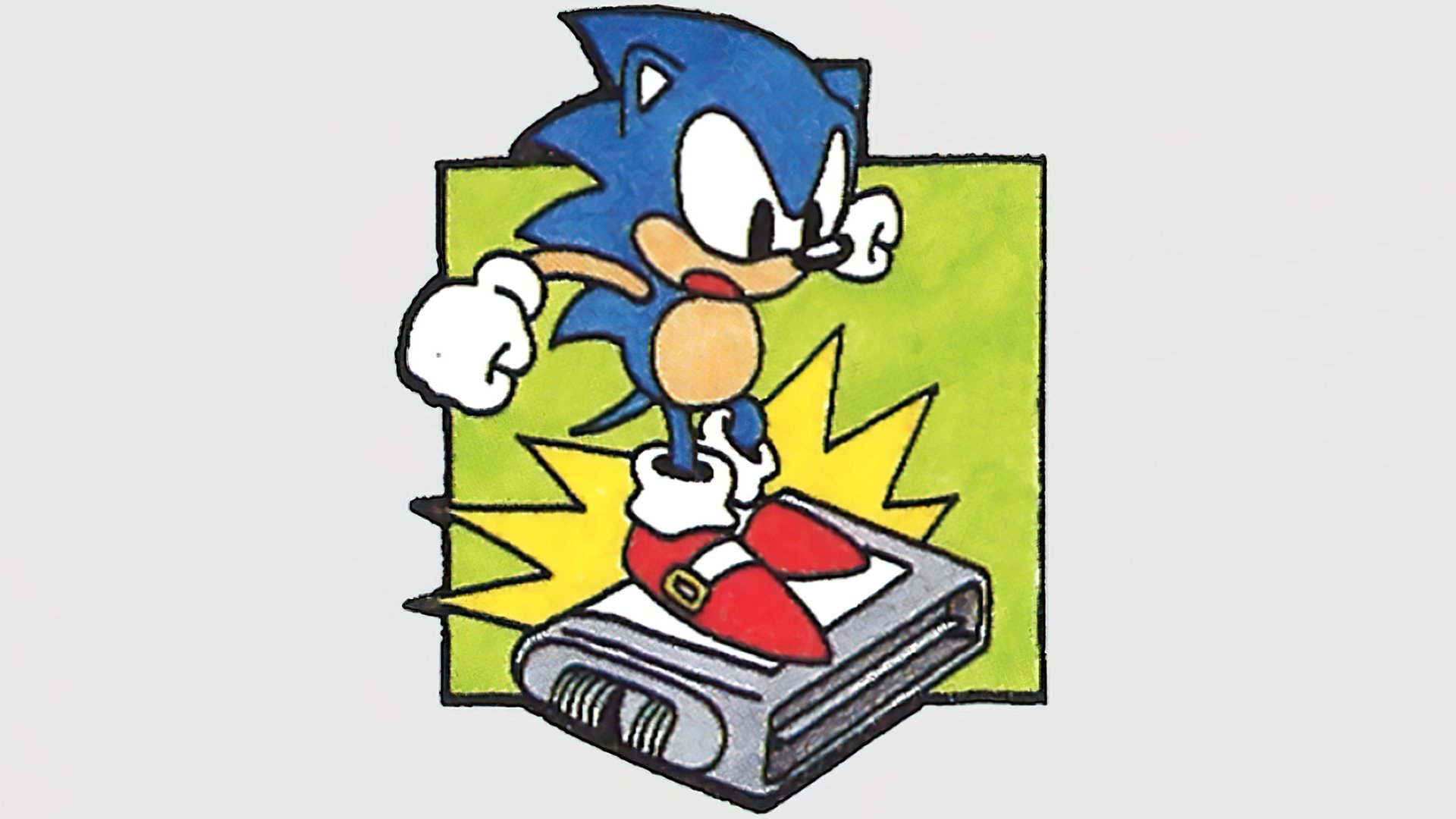 What is in Origins is not what we turned in," Headcannon'

Oof...so, Sonic Origins had some problems.

Citizen
I was wondering how that was going to work. So they had the other remakes and cobbled together a collection with the new one. And it sounds like they did a typical Sega job of it.


On the plus side, I think I appreciate the original prototype tracks a lot better now.
Last edited: Jun 26, 2022
S

What is in Origins is not what we turned in," Headcannon'

Oof...so, Sonic Origins had some problems.
Click to expand...

It had a lot of problems even before release. There was the fiasco where Sega actually locked some stuff behind DLC, the fact that the game costs forty dollars despite being a collection of four classic games that have been re-released before (especially compared to the Mega Man X Legacy Collections, which despite having extras like the X Challenge, are priced at around $20), and there's no physical release. And it also does not help that Sega pulled a Rockstar and de-listed the XBLA and PSN ports of the games (which are now seen as far superior to Sonic Origins).

Basically, this is another example of how Sega rushes development of games to meet a deadline, and because of that, it's no wonder they are given negative reviews.
Last edited: Jun 26, 2022

Citizen
And what, ultimately, was the point of any of it? Wasn't it already possible to get these games on all the current-generation platforms?

Staff member
Council of Elders
Citizen
Sega has so much potential if they could just find the deadlines guy and throw him out a window.
S

Pocket said:
And what, ultimately, was the point of any of it? Wasn't it already possible to get these games on all the current-generation platforms?
Click to expand...

Not really, as I remember Sega Genesis Collection on the Xbox One and PS4 only had Sonic 1 and 2 due to 3 and Knuckles being tied up in the legal mess it got into. As for the XBLA and PSN ports, they are backwards compatible with the Xbox, but only if you were lucky enough to buy them before they were delisted.

Citizen
The 'remix' work on the prototype tracks just blows my mind. They were never particularly strong tracks to begin with (my pet theory is that they were just placeholders and not really meant to be used) but I can't comprehend how they thought the muted, discordant slush they made for Origins would be well received. It would have been so much better to just compose new, sound-alike tracks. But there it is.

Pocket said:
And what, ultimately, was the point of any of it? Wasn't it already possible to get these games on all the current-generation platforms?
Click to expand...

Taxman and Stealth's Sonic CD only came to 360, PS3, Steam/PC, and mobile. Xbox One and Xbox Series S|X have it due to backwards compatibility. It was the only version released on those platforms, IIRC (not counting stuff like the '90s PC ports).

Sonic 1 and 2 have been released every which way, and Switch even has exclusive SEGA AGES versions, but the Taxman/Stealth versions have only been released on mobile.

Sonic 3 & Knuckles did not have a Taxman and Stealth port until now, and presumably due to the music fiasco, the originals were only available on Xbox One/Series X|S due to backwards compatibility, and Steam/PC due to having been released there like... over a decade ago.

Citizen
Yeah, on paper this was a good and useful idea. But Sega is terrible.

Hopefully they are willing to release patches to fix things up some.

Citizen
So going into comic territory. IDW Sonic's main comic has made it to issue fifty (counting spin offs probably closer to 60-65) But the plot lines they have set up for some time have come to fruition and I gotta admit, It was a pretty good climax. And considering it was original characters vs new to the book characters on multiple fronts that was saying something.


Can't say I'm thrilled about the new cyborg copy duo of Surge and Kitsunami, but they were used here in pretty good ways. And I've liked Dr. Starline as a new villain with quite the odd hero worshiping motivation. He desires to be Eggman's equal so badly.

All three have great battles with their respective targets that explore the why's of who they are well.

And then there's Belle the Tinker. Not a whole lot happens other than her helping and using Metal Sonic to find Eggman to say her goodbye to her former father But I love the implications of where tat could be going with Eggman's reaction.

While Sonic and Tails do feature in the book, It really does feel like it was a focused feature on these new characters. And while that could be a detriment to some it did feel pretty good here to me.

Daith said:
He desires to be Eggman's equal so badly.
Click to expand...

I don't think it's so much that, as it is that he just wants Eggman to acknowledge him in a way he feels he deserves.

Citizen
Starline is awesome for me but he catches too many breaks since he's totally Ian's favorite, I'm sure, haha.

I'm actually turn off on Belle the Tinker. Like, after the zombie thing and they introduced her, I totally tuned out. 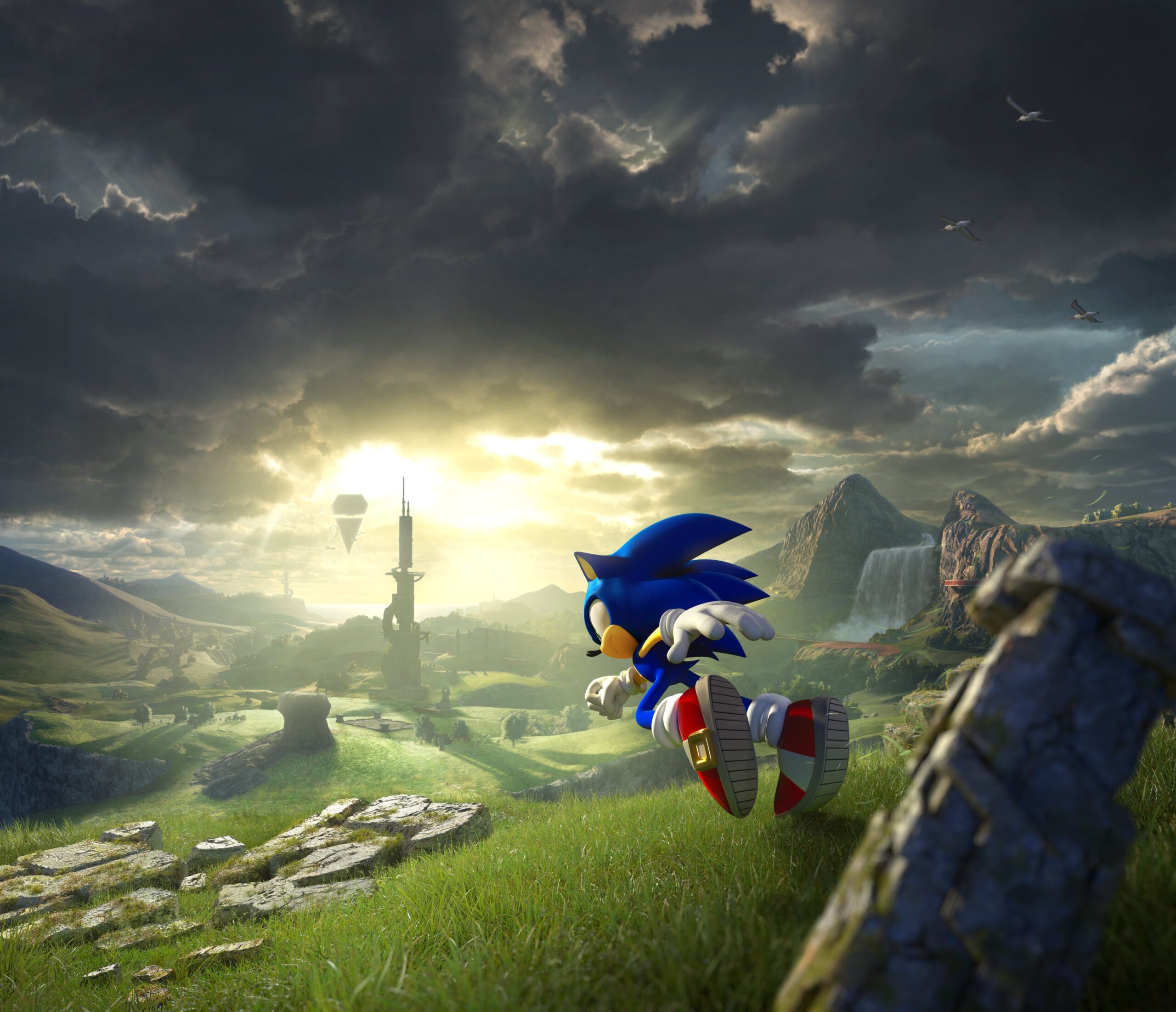 https://www.youtube.com/watch?v=RjSTwlFuaxkA new Nintendo Direct brought with it new footage and…

As previously noted, Sonic Frontiers news releases have been weird. The most recent bit coming from a Nintendo Direct. The newer previews are looking better than the earlier stuff and new bits about the story are slowly coming out. I have a weird theory based on my dive into the Sonic stuff I've missed over the years. I think Sega's trying to win over the media/reviewers slightly more than the fans.

Citizen
Come check it out with us!