Sabrblade said:
They could split the difference and make Soundwave from Siege Ironhide instead of Earthrise.
Click to expand...

Citizen
I'd have said the chances of a Titan reuse would be slim but we just got Black Zarak, so a repaint/remold of Metroplex isn't actually impossible...

Those were the rumored SG releases for this year.

However, the Pulse site says we have 5 figures for the second line up. Number 5 is a Mystery. Some speculate it's SG Metroplex/Metrotitan.
Click to expand...

Citizen
More realistically, Prowl would make the most sense for the fifth figure given his semi-prominent presence in the comics.

Those were the rumored SG releases for this year.

However, the Pulse site says we have 5 figures for the second line up. Number 5 is a Mystery. Some speculate it's SG Metroplex/Metrotitan.
Click to expand...

I kind of hope not on Metroplex/Metrotitan, at least in this year's line up because if they were going to use him, it would be the legacy mold and the two verisons would clash as they come out around the same time, I'm thinking it would likely be someone else, like a con at least if we go by Last years wave which had three Autobots and two cons and the rumoured and known line up of the other figures, if they are going to use a large figure, I expect it would likely be a commander class and that points to either Rodimus or Skylynx, personally, I kind of hope Rodimus, but this is just spectulation, but as I said, I don't see them doing Metroplex or Metrotitan in the SG line, as they would likely use the legacy mold and its not out, yet and feels to soon for a repaint of him and I doult Hasbro would go back and pull out the old T30 mold for the line, but then again, I could be wrong!

Platypus Prime said:
I want to see Thundercracker using glow in the dark plastic in parts, I was told once that it had been suggested for BotCon to make it even MORE garish, and the fact that I can't think of a single glow in the dark transformer has made me want at least one. You'd think that they'd have done a Ghost Starscream or something...even Super7 went sparkly rather than glow, and they've done some really weird glow variants.

I honestly wouldn't be surprised if they did a Shattered Glass Soundwave from Doubledealer, but used a Machine Wars color scheme, just to have it distinguished from Ratchet in both mold and color.

On a different note, I think I may have figured out something...is Rewind possibly gang-molded to Blaster's door window plastic? When it was translucent blue, Rewind was blue, and when it's red, so's he. Rewind is Red, Rewind is Blue, Because Rewind is Door...(RIRRIBBRID).
Click to expand...

I wouldn't be surprised if a glow in the dark Ultimates Ghost Starscream is announced once the regular sprakly one has been out a little while. Seems too good for S7 to pass up and they've done gitd variants that have made less sense than Ghost Starscream (Mumm-ra, Mutagen Man, Foot Soldier, Baxter Stockman, two Toxies).
P

Citizen
I actually have the Mumm -Ra, Baxter, and MM, though I put them on my
Svengoolie/Monster shelf. I thought they were well done. If they make a Glow GhostScream I'd be interested despite my usual apathy for non-Transforming Transformers. I'd put it with the Ghostbusters.

Citizen
Though not official, my handcrafted Vok made by Shawn Tessman glows in the dark. 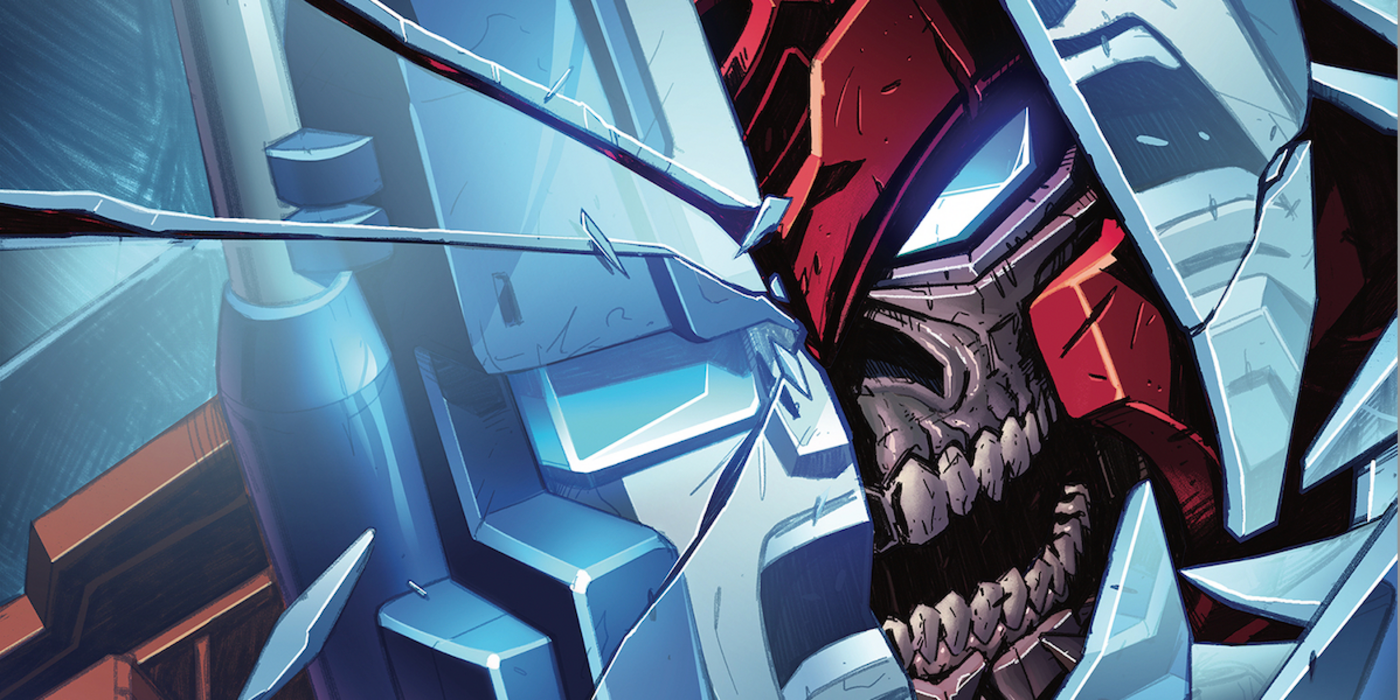 CBR can exclusively reveal that evil Optimus Prime will return in a new Transformers: Shattered Glass sequel launching in August from IDW.

CBR can exclusively reveal that evil Optimus Prime will return in a new Transformers: Shattered Glass sequel launching in August from IDW.

The Hasbro pulse order for Magnus, says there is a "Exclusive" comic cover coming with the figure, I'm mostly getting them for the figures, I haven't been collecting TF comics since IDW finished their first run on TF, thou I had the SG comics come with the first wave of figures I ordered from Hasbro Pulse UK

Citizen
That's surprising, considering they're ending the main story... I guess they figured they could still get a mini or two out before the license expires?

Magnusblitz said:
That's surprising, considering they're ending the main story... I guess they figured they could still get a mini or two out before the license expires?
Click to expand...

Yeah, pretty much try and milk it as much as they can, thou I guess this could be IDW trying to go out on a high note, using Shattered Glass and Hasbro having a subline running along side it of toys!

Citizen
Or Hasbro wanted them to put out a Shattered Glass comic.

Magnusblitz said:
That's surprising, considering they're ending the main story... I guess they figured they could still get a mini or two out before the license expires?
Click to expand...

There's a second wave of SG toys coming, so they need more comics to pack in with them and promote those toys. 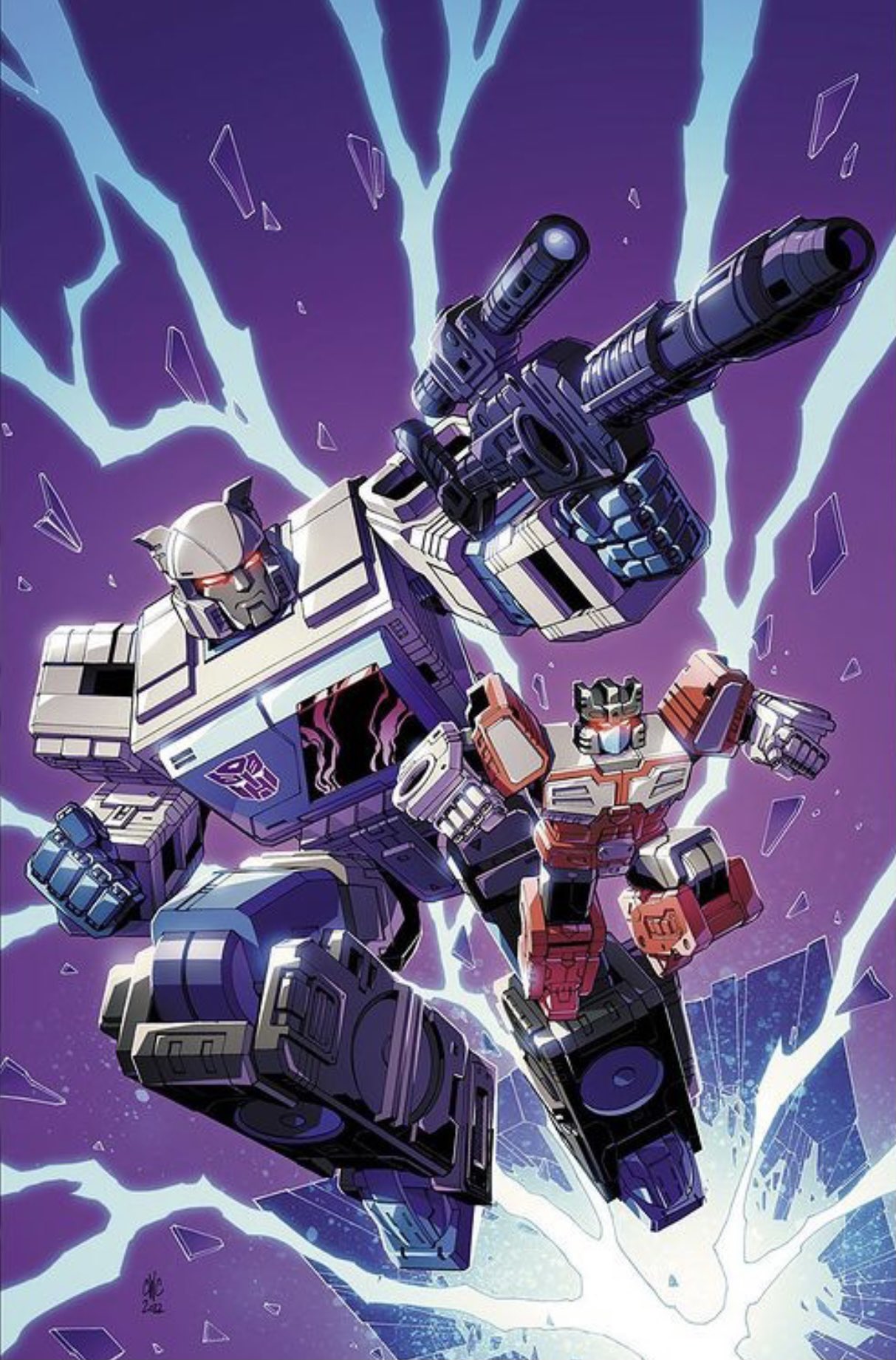 Citizen
I pre-ordered Blaster alongside 86 Acree from Hasbro Pulse!

Redecos of Earthrise Wheeljack and Earthrise Fasttrack. Both wear Decepticon symbols. Fasttrack redeco is both based on G1 Slicer's Action Master Exo-Suit and was called "Shattered Glass Roritchi" at one point by Mark Maher. It remains to be seen what the comic will say about the matter. 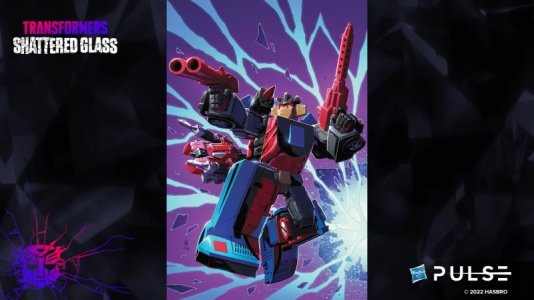 A fine addition to my Evil Wheeljack Repaint collection.

Don't really need a third version of Fasttrack, though.

Citizen
I really like Slicer, the accessories. The Fast Track repaint as the car is... a bit of a stretch.

Citizen
One of the best things about this is that they homage both his previous toys, Fast Track as his g1 exo suit, and the guns from his Botcon toy. For something that could have been just a very simple and straight repaint, they really went the extra mile for him.
You must log in or register to reply here.
Share:
Facebook Twitter Reddit Pinterest Tumblr WhatsApp Email Share Link
Top Bottom