Citizen
i want to Die

Citizen
I am Super Vegeta

Citizen
I am not left-handed.

Citizen
I'm not left-handed either. 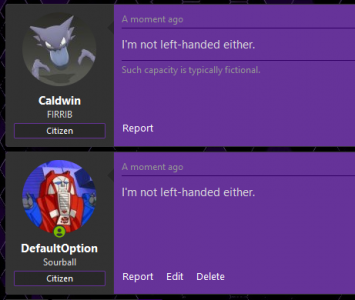 I'm not left-handed either. Such capacity is typically fictional.

I wonder how many of my posts have worked with my signature like that and I just never noticed.

Staff member
Council of Elders
Citizen
My sister was going to be left handed but she got it "corrected" in early childhood.

Citizen
My father says he's naturally left-handed but that his mother "corrected" it. I don't think he's happy about that. Can't blame him. I'm right handed, but seriously, what's so wrong with being left handed?

Citizen
Similar happened with me. Started left handed, but since I was the only left handed kid in the entire 1st grade class, they "corrected" it. My mom was not happy about that.

I have a younger brother who's left handed and the school never did that to him. Guess it depends on the teacher.

Citizen
I've heard left handed people tend to be more creative. Not sure how true that is.

Citizen
There are studies indicating that people who were AMAB and are left-handed are more likely to identify with a gender identity different than their birth sex, be non-heterosexual, or even be asexual.

And uhh I was AMAB and I'm enby, lesbian, and asexual so that checks out.

Staff member
Council of Elders
Citizen
That checks out in my sister's case.

Citizen
The multiverse concept becoming mainstream is possible the worst thing to ever happen to fiction.

Staff member
Council of Elders
Citizen
You have my attention.

Citizen
It basically drains the stories that they try to tell of meaning and stakes. Why should I invest time and interest into these characters when the writers apparently don't care enough to make proper characters that aren't literal xerox copies (except for this one thing)? Nowadays, shit writers just make up new realities as needed to fart out new spectacles or setpieces that they don't have to explain and are 100% disposable or occasionally, to skirt the consequences that they wrote themselves into. Stories need consistent rules to function properly but the multiverse concept is basically creating a new set of rules that are selectively applied. The way I see the multiverse is like my opinion on time-travel: if your plot's basic premise doesn't revolve around it, it will do more harm than good to introduce it. 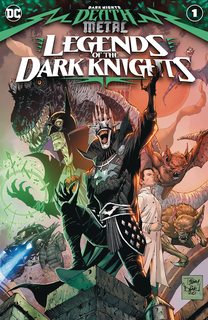 This pile of crap. The first series was an interesting off the wall concept: evil Batmen wanted to conquer the earth. There were actual effects for the mainstream continuity and it was built up beforehand in other series. The evil Batmen were carefully crafted to parallel each member of the Justice League and had actual backstories. This series appeared out of nowhere, literally destroyed the world (then undo that destruction) and had exponentially more derivative donut steel Batmen with no care or effort put into them. Several of them pulled out of the writer's butt that so happened to have the exact convenient powers to progress the story and never do anything apart from that.

Bringing this guy back so soon was dumb and pretty much cheapened the emotional impact of his sacrifice but could have been a decent plot hook. They specifically stated that the duplicate Rewind wasn't the same as the one who died... then proceeded to do nothing with that information, treating the relationship with Chromedome as if nothing had happened. It just comes across as the writer wanting to have his cake and eat it too. 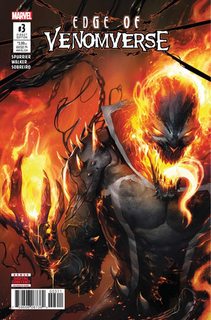 Remember what I said about the Batmen? Imagine that but with Spider-people or Venoms and even less stakes because the antagonists literally respawn. Marvel's even worse at this since as I understand it, quite a few of their characters in the mainstream books are transplants from other universes. Miles Spider-Man (they really need to get him a new superhero name), Spider-Gwen, Gwenpool, Old Logan and a recent mini-series where Doctor Octopus brought in three alternate versions of himself. Was there really a shortage of Wolverine or Spider-Man ripoffs? 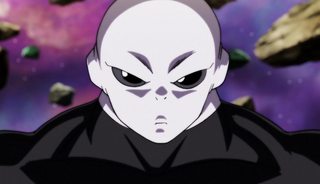 You know the situation is dire when Dragon Ball hugging Z uses it to conjure up a literal brick wall for Son Goku to bash his head against for 50 episodes (and then more walls for the video game promotion series) because Goku’s already beaten up literal gods. It's like a parody of the power creep and out of control world building typical of shonen manga/anime but it's played 100% serious. 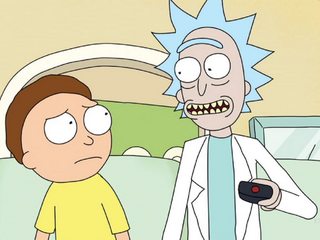 Plus, the new Doctor Strange movie from what I hear.

Citizen
It's funny when R&M fans claim the show is intellectual. Not really, they whip us whatever BS "science" they want to do whatever and everything goes back to status quo anyway.