Citizen
He apprently fought Krampus once. 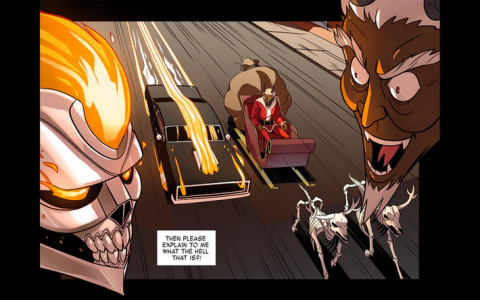 Well, I don't have any way to play 4K HD, but it does include the BluRay and it's only $17...which wouldn't be too bad a price anyway. Besides I just got F9...so I might as well complete the set.

Now, I'm not expecting it to be great or anything. It's a Fast and Furious spinoff after all. But it could be some kind of fun.

Guys...I've enjoyed this much more than any movie in the F&F proper series. I mean, it still plays very loose with the laws of physics, but it just feels like kind of a comic book movie (especially with Idris Elba's character) that doesn't even feel like physics belong here any more than it would a Marvel film. So I'm actually very okay with it.

But the chemistry between Dwayne Johnson and Jason Statham is just hugging hilarious. And if I'd have known that Ryan Reynolds was in this, I would've seen it much sooner.

Citizen
Christmas should be metal.

unluckiness said:
The sleigh with skulls and spikes all over it and skeletal flaming reindeer would be pretty cool
Click to expand...

Copper Bezel said:
Yeah, this is metal as hell and I'm all for it, damn.
Click to expand...

Citizen
Car Ghost Rider is lame. Imagine being a soccer mom version of Nick Cage who has to wear a helmet while driving a ducking car when your predecessors rode a chopper with only the crown of flames against his bare skull as headgear.

Citizen
The modern version of a Juke Box Hero is a Youtube Idol.

Citizen
You know, I thought I was capeshitted out and Shang Chi teasing me with the prospect of a decent chop-socky movie only to devolve into generic CGI nonsense kinda left a bad taste in my mouth, but I just can't say no to the possibility of live-action Spider-Verse.

Also, Tobey always had a touch of babyface but this dude aged real well, if at all. 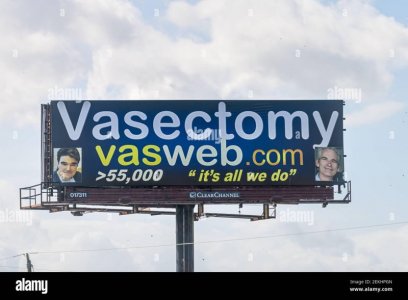 ACTUAL billboard on I-95 in Florida, it's like a real life shitpost.

Citizen
Fnu, are you Very Computer?

Staff member
Council of Elders
Citizen
I'm the most computer.

i thought the guy on the left looked familiar. he used to be a lot smilier about neutering people

Citizen
Tried Wawa for the first time today. We were going to go to Taco Bell but they were closed for inside ordering and the drive-thru was like 6 cars deep and the Wawa by the Walmart was the closest other place to get fast food besides Popeyes or KFC and neither of us wanted chicken tbh.

Citizen
Found more baby assassin snails in my bedroom tank today. Hopefully, between them and me manually removing snails daily, I'll be rid of the damn ramhorns soon. Either that or i could set up a new tank, move everyone into that one and get a pufferfish

Staff member
Council of Elders
Citizen
I also vote for the puffer. I swear they have personality.

Citizen
Hey now, this is a family board.