Citizen
Here is my custom Thundercracker, I played with him so much all the paint is chipping, it used to look really good. Dirge is a work in progress still, I think the blue I used is too dark.

One of life's little mysteries....

Xero said:
I was expecting sharkticons
Click to expand... 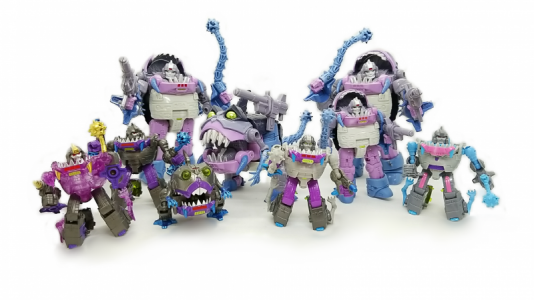 Just got the oversized ones today, but I'm still looking for the undersized ones. 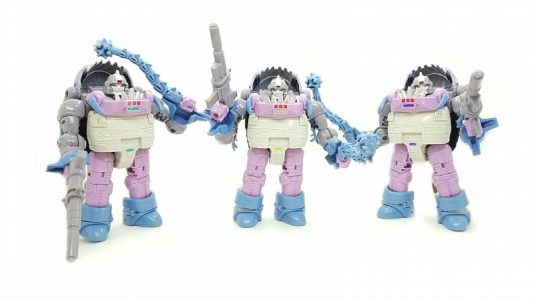 As two of these didn't have the red and gold parts painted, I used metallic red paint and then metallic green and purple paints for the additional details.
Last edited: Wednesday at 1:37 AM
S

Citizen
The Deluxe Sharkticons are cool for sure, but the lil' Legends-sized ones are really fun. I've got both comingling in my collection too.

Staff member
Council of Elders
Citizen
The oversized ones are a lot closer to the G1 size.
P

Citizen
The last picture of Waldo visiting the Big City. After, no one ever saw him again... 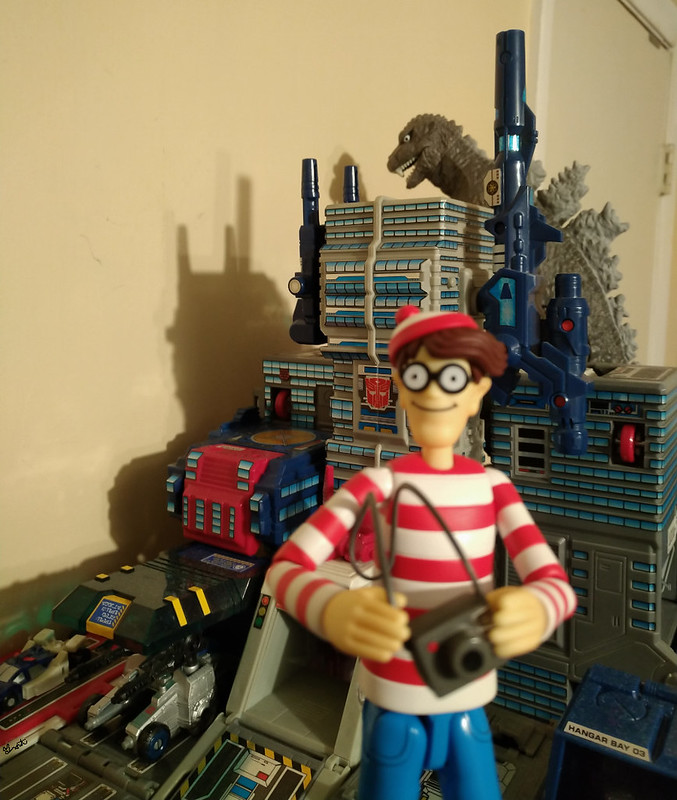 Sciflyer said:
The Deluxe Sharkticons are cool for sure, but the lil' Legends-sized ones are really fun. I've got both comingling in my collection too.
Click to expand...

I couldn't get the undersized ones as I didn't have enough money at the time, so I'm looking for them...


Platypus Prime said:
The last picture of Waldo visiting the Big City. After, no one ever saw him again...
Click to expand... 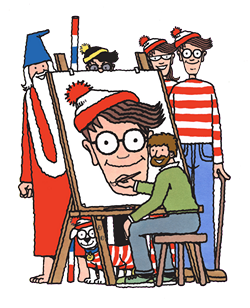 Citizen
He changed his name when he moved to America to hide more effectively. But to this day his enemies still hunt him, wherever he goes...

Platypus Prime said:
He changed his name when he moved to America to hide more effectively. But to this day his enemies still hunt him, wherever he goes...
Click to expand...

Yet by the time they learn of his location, they find a note saying "Sorry, better luck, next time!!" and his enemies shake their fist in anger and yell "Next time gagget (Wally), next time!"

And for that matter, I'm thankful for G2. I was just entering my teens when G1 ended in North America, which for all I knew meant its end worldwide and forever. I remember the disappointment of realizing that this thing I'd been enjoying immensely since I was a little kid was over. Of course I had no idea I was just a couple of years away from its comeback on TV, on shelves, and in comics. G2 will always have a special place in my heart for what it represented, that even as I grew up, not all of childhood needed to be left behind. And just as I never expected TF to come back so soon or ever, I also never expected that 30 years later it would still be going strong and even producing the occasional new G2 toy - especially one that looks like it charged right off the comic page.

Nicely done, Hasbro. Thanks for all of it.

Citizen
AWESOME mini-diorama! If you got or just printed a couple pages of some 'Cybertron' pictures for a backdrop that would be astounding! Also great for using some of the lesser-appreciated Combaticons, so it really DOES look alien!

Citizen
I'm still trying to decide whether G2 Jhiaxus or G1 Galvatron is more deserving of the middle spot among my Legacy Decepticon Triumvirate of Terror.

Citizen
Although they're not fully cured (and I need to do some minor touchups), here's Elita-1 with her repainted guns. I used a dark, matte grey for the main parts and chromed paint for some details.

I also added the missing pinky-purple "nose" and black/dark grey "crest" to my OSKO Sharkies. Plus, I painted metallic details on their tail-clubs. I might post better pics of them later on. 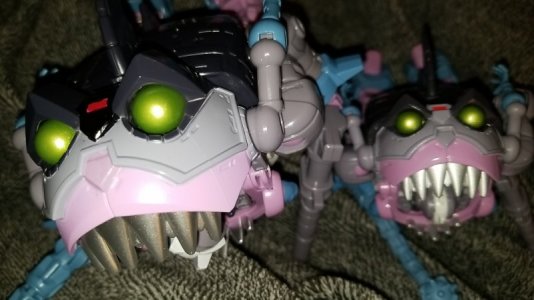