Oddest or most random "Holy Grails"

Citizen
First Edition Prime Megatron. I remember picking up the Optimus-Maegatron 2 pack, and thinking, Optimus looked bad, I will wait for the rumored individual releases. They never came, now all the First Editions are ridiculous expensive. 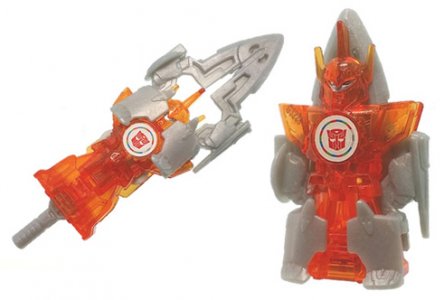 Anyone based in Japan who can help?

Citizen
I've got one expected one in MMC Tarn, but there's a Botcon set that I've been wanting but never, ever have the cash for.

It's the Botcon Scorch/Double Punch set.

I don't even need the SG Ravage. I just want those two.

Citizen
Double Punch is so pretty. Don't care much for that version of Scorch personally. Not a good fit IMO and the secondary color is far off.

Citizen
I don’t think it’s a particularly great *Scorch* but it’s a nice Universe-esque scheme for that mold.

Staff member
Council of Elders
Citizen
Yeah these are both great. 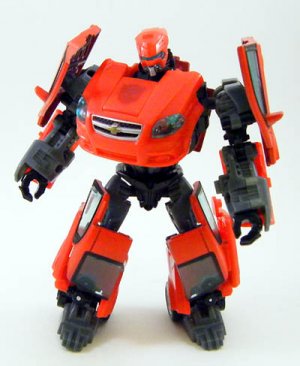 Citizen
That Swerve would be fun to track down. Probably fits in well on the shelf with Classics Bumblebee and Cliffjumper.

Citizen
An Omega Prime/God Fire Convoy. I've had the yellow Universe version for years, but I'd like to get a proper one eventually. Too bad about the reissue's assembly problems, tho, being able to get it without chrome and with the sword all in one go would've been nice.

Wing said:
An Omega Prime/God Fire Convoy. I've had the yellow Universe version for years, but I'd like to get a proper one eventually. Too bad about the reissue's assembly problems, tho, being able to get it without chrome and with the sword all in one go would've been nice.
Click to expand...

I don't think the issues were so much assembly as box and sound clip errors. I may be misremembering. Mine is fine.

Staff member
Council of Elders
Citizen
I am still annoyed that Takara recalled that set and just gave up on it. Overpriced or not, I wanted it.
N

Powered Convoy said:
I don't think the issues were so much assembly as box and sound clip errors. I may be misremembering. Mine is fine.
Click to expand...

This set is riddled with quality control errors, from poorly-aligned parts of the robots themselves, to electronics that play the wrong sounds, to even inaccurate callouts and pictures on the packaging. TakaraTomy took the unprecedented step of issuing a public apology and a refunded recall of the set
Click to expand...

I have the normal issues: warped Convoy feet, excess plastic, and random ugly molding issues. Nothing that detracts from the figure significantly but it's something you'll notice. The biggest complaint I have is Magnus' backpack, the screw threading is gone so the piece is loose. Thankfully, Toy Dojo is sending a replacement cab!
Click to expand...

Sad part is the reason they recalled it wasn't even due to half the QC issues, it was mostly recalled due to the sound clip issue where they swapped the activation sounds for “Magna Laser” and “Magna Vulcan”. Also a box image not being correct. I ended up buying two of them, and both had major issues. I ended up cobbling a descent one together as best I could and sent the other one back. Some of the issue were two of the same foot, so you couldn't form Super Fire Convoy. The panel that flips around the foot on Fire Convoy was at an angle and wouldn't sit flush. Fire Convoy missing a siren. Both God Fire Convoy heads had scratches. God Magnus had parts on the trailer that weren't pinned correctly so you couldn't fold them around without putting a stress mark in them. One God Magnus hand must of had either flash on the thumb or the hole on Fire Convoy was too small, but I could not join them together for God Fire Convoy mode. Random looseness on joints that were fine on the other copy, so it wasn't a mold degradation issue. Yet my original releases which were completely fine, only picked up this set for the new coloring. Not sure what the hell Takara did on this one.
Click to expand...

Citizen
Ya know, reading back over this thread is really making me appreciate my current set of toys all the more, cus a lot of what y’all are saying are grails are stuff I already have. Not all, but most.

Wait for the reissue.

Unless you mean the Transmetal 2, then nevermind.

Citizen
Monstructor. Except the GPS and shell rot have put me off on it. Maybe someday Hasbro will get back to them, the Core Class would be great for it.

Citizen
Likewise, Dinoking, and I would be fine with an updated version that has dinosaur altmodes and does away with the shells. Or, hard plastic shells, but I think the former is more likely than the latter.