Monique said:
Yeah of the many decisions lucas made, having anakin have the last name skywalker/not having them change lukes name when he went into hiding... not his best.
Click to expand...

Should have gone with the original, Starkiller. Way more subtle...

Monique said:
Yeah of the many decisions lucas made, having anakin have the last name skywalker/not having them change lukes name when he went into hiding... not his best.
Click to expand...

In "Choices of One" by Timothy Zahn, one of the characters notes how common the last name "Skywalker" is. (I realize this book is not canon, nor would the creators of this show pay it any mind.) I always took that to mean "Skywalker" must be the "Smith" of the Star Wars universe.

Citizen
You can't swing a womprat without hitting a Skywalker 'round here!
M

electricidad said:
In "Choices of One" by Timothy Zahn, one of the characters notes how common the last name "Skywalker" is. (I realize this book is not canon, nor would the creators of this show pay it any mind.) I always took that to mean "Skywalker" must be the "Smith" of the Star Wars universe.
Click to expand...

Citizen
Note that the timeline in this last ep was absolutely played with for pacing and dramatic effect; done purely chronologically, this finale could've been two episodes; the Path refugees escape the Star Destroyer (with some fancier flying and/or creativity --maybe a spur-of-the-moment trick-play by Haja) and Obi-Wan leads Vader into a confrontation (while Reva bandages her wound and makes her way to Tatooine), and then an episode where Reva hunts Luke (while Obi-Wan burns out his little ship's hyperdrive to get to Tatooine as fast as possible, and Haja gets Leia back to Alderaan while evading Imperial patrols [and Bail introduces the refugees to "Fulcrum"]).

That's really the only real flaw of this series, I feel; the material is there, but it's all compressed to fit into six episodes when it really could've used at least twice as many.

Citizen
I have to disagree... there didn't need to be more episodes (on the whole all Disney+ shows suffer from having things drawn out a bit longer than necessary imo). All they needed to do was make the passage of time a bit more apparent which could've been accomplished through quick dialogue here and there. It's the classic Dagobah/Bespin issue where watching the movie it seems like everything only happens over the course of a day or two but is actually supposed to be quite a bit longer.

Staff member
Council of Elders
Citizen
I really enjoyed the series. It nails a hard spot of being stuck between the stories that we know and still manages to do it. you get to see Obiwan completely shattered going through the motions defending Luke, to rescuing Leia, to learning how to be the master Jedi he once was.

Leia was great in this. She honestly was amazing and I loved the dynamics between her and Obiwan or her adoptive parents. Her droid was cool too!

Vader was epic in every scene he was in. His fights with Obiwan were great and his effortless beat down of Reva was a great show of his power, as was pulling the ship out of the sky. That finale battle was great! I love it when his mask was cut open and you get to see and hear Hayden talking mixed in with Vader's voice. Reminded me of Rebels, but it was even better here. I loved that Vader says that he killed Anakin.

Reva was the low point in the series to me. Not really liking her or her character arc.

Owen and Beru were great in this, and really showed off how much they really loved Luke. I like at the end Ben gets to meet Luke which makes sense that is how Luke knows of him in Episode 4.

I didn't like that Quigon only shows up at the end. I was hoping for more of him in this series.

Citizen
Obi-Wan had to let go of his metaphorical ghosts before he'd be ready to meet his literal ghosts.

Citizen
I was disappointed when Revenge of the Sith just teased Force Ghost Qui-Gon without having any kind of proper reunion at the very end. The fact that a series dedicated entirely to Obi-Wan's adventures between the trilogies did the exact same thing is kinda insane.
A

Citizen
When the short story came out about how he had often talked to Qui-Gon's ghost and did again when Luke ran off to see if Owen and Beru were okay, that was what I wanted this series to be.

Is it even possible that they could end season 2 with that last scene? I have looked at the pictures people post to show how much older Obi-Wan is in Ep4 after this show and yeah, I know. But the truth is that Alec Guinness aged badly and Ewan McGregor has done better. Alec Guinness wasn't really old when he made Ep4. But that is a side note. My point was that I was impressed how much they actually look like each other. I think you could do makeup on Ewan to pass it off pretty well. Like latter season This Is Us makeup. Don't have the computer try to turn him into Alec Guinness even if you can get permission. It would really be good enough.

Citizen
I believe in this and in episode 3, Ewan was wearing some makeup to look older.

Personally, I found the series enjoyable, though definitely not without some flaws.

That Vader broken helmet scene, though...that was great. There's normally such a disconnect between the Anakin we see in the prequels vs. the Darth Vader we see in other media. This series, better than I had ever seen done before, felt like a proper "missing link" between the two.

Citizen
I apologize for the double post, but I just saw these and they were both too funny not to share: 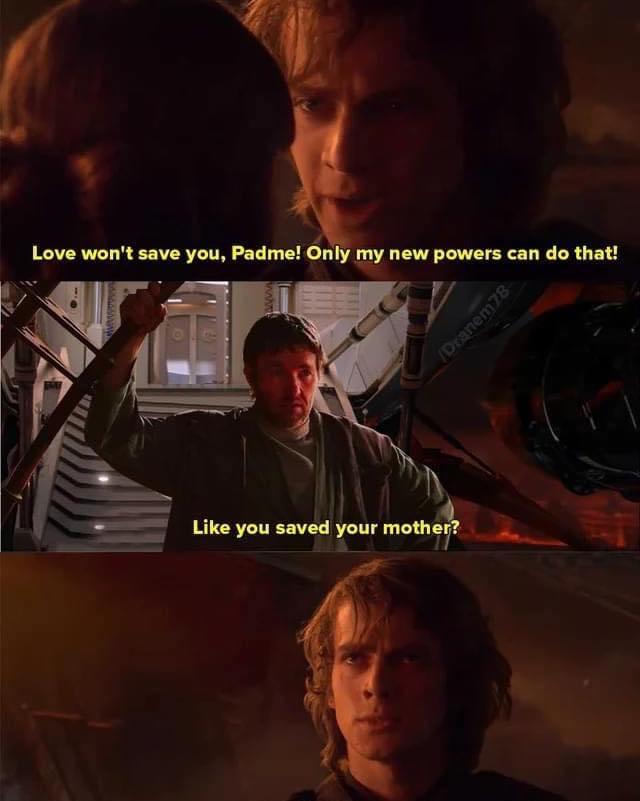 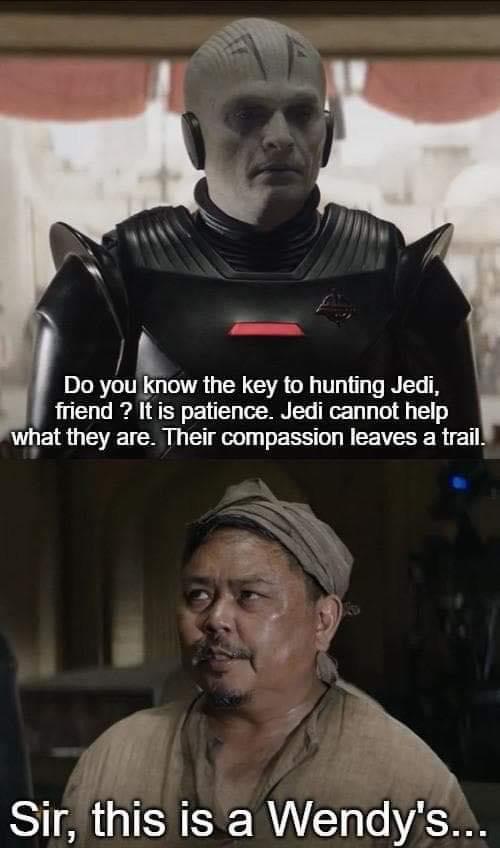