Now eventually you are going to have a Comic Book thread on this Comic Book forum, right?

Citizen
Here's another chapter in the "Is IDW going under?" saga. They just lost Usagi Yojimbo. 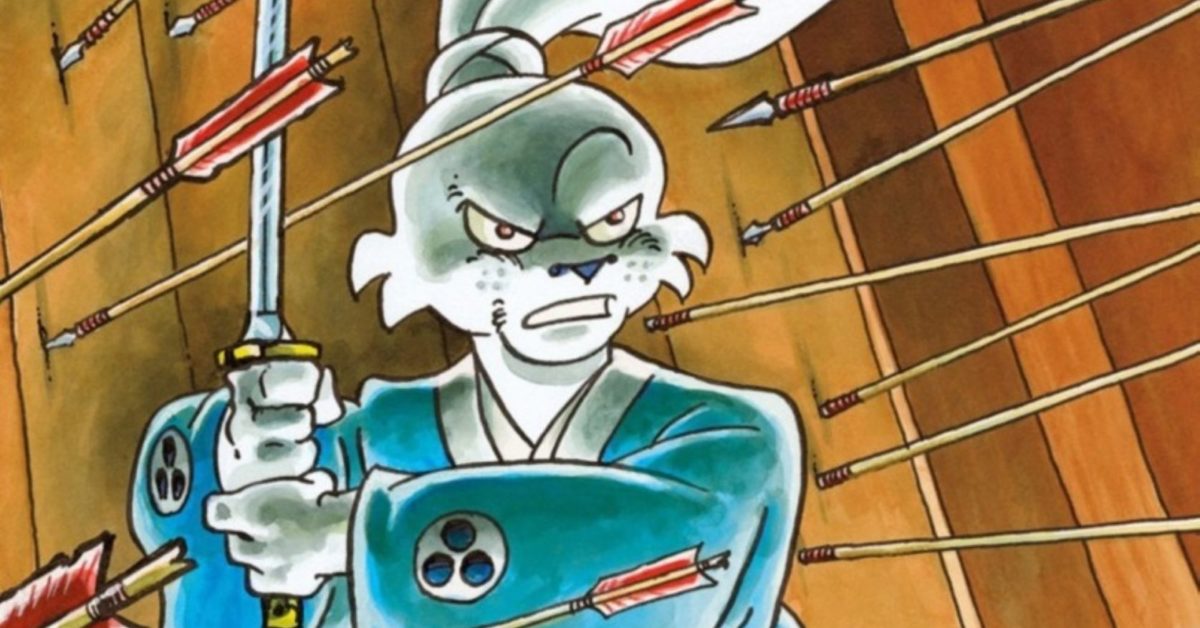 In 2019, Bleeding Cool reported what we called a "serious blow to Dark Horse's martial arts skilled anthropomorphic animal output" with the news that Dark
bleedingcool.com

Usagi is going back to Dark Horse where Stan Sakai is heading his own imprint. I'm not sure what the story is here. First he leaves DH for IDW, now he's going back to DH again. Not sure if different people are offering him tempting deals, if Stan's just indecisive, or if what looked like a great deal with IDW really wasn't that great.

Either way, this is another loss for IDW. They still have Teenage Mutant Ninja Turtles, Sonic the Hedgehog, Godzilla, My Little Pony, and Star Trek. So, they're still not too bad off. But, this is a worrying sign.

Citizen
I bought the first graphic novel they put out but I dont recall ever seeing a second.
Z

Citizen
They've been putting out collections fairly steadily, I think. IDW has even gone back and recolored a few of his older stories (which might be part of the deal he made with IDW in the first place, maybe?). I think Stan's just...massively slowed down in recent years. Understandable, since age comes for us all. 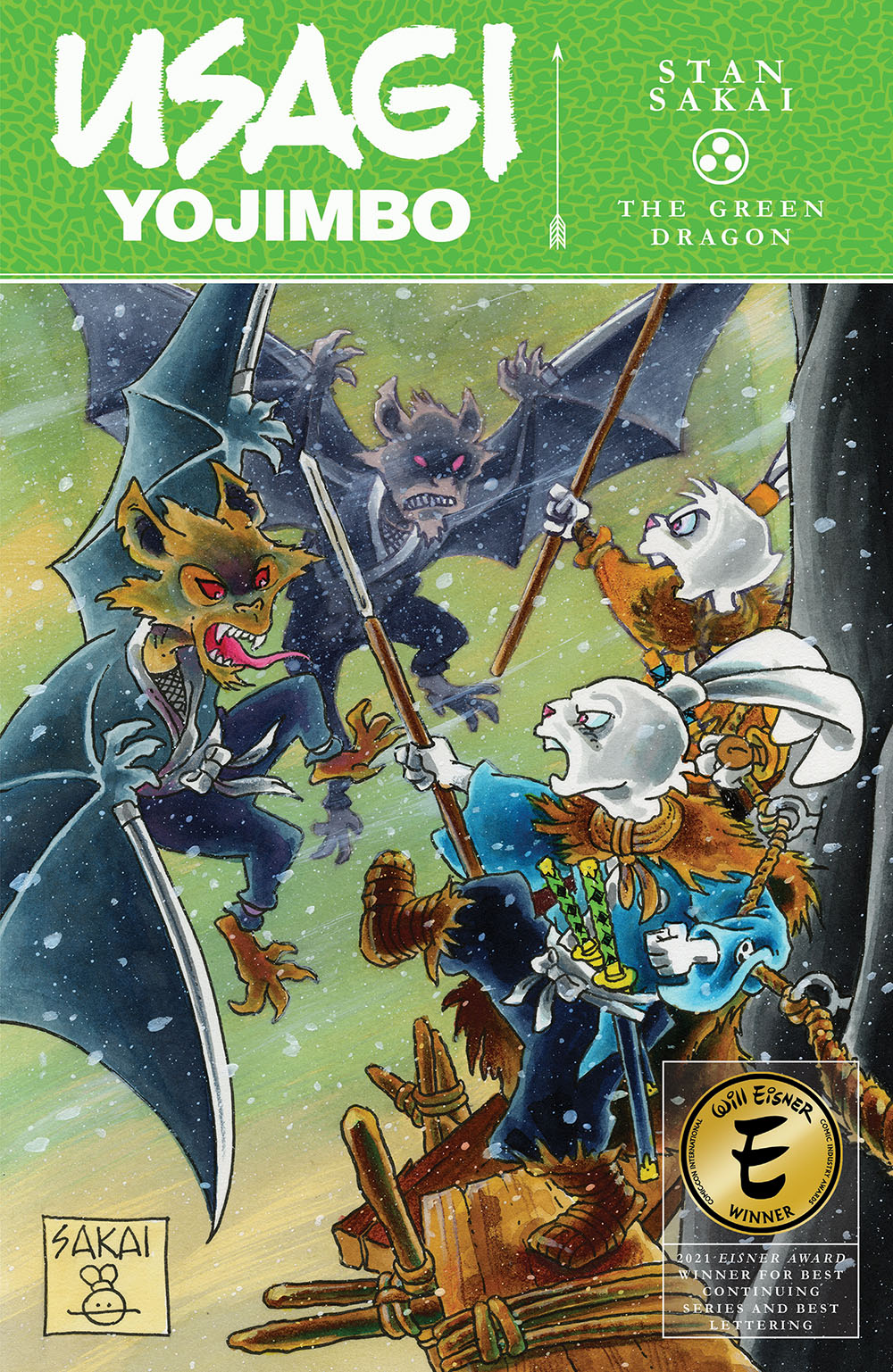 The rabbit ronin’s newest adventures continue in this fifth volume that sees Usagi and Yukichi on a mission to deliver a valuable object! But first, in “A Ghost Story,” Usagi and Yukichi come upon a young woman, Shizuye, praying at a shrine to a girl murdered fifty years ago by her married...

They've already put out: The Hidden, Homecoming, and Tengu War. And in October they'll put out Crossroads, and in February they'll put out Green Dragon. That'll probably be the end of it.
Last edited: Sep 7, 2022

Citizen
There's the Netflix 'Space' Usagi show. Season 2 is about to start. Not a lot of fuss going on about it.
Z

Citizen
I've seen the first season/half. It...was fine. There are times you can tell the show has been in production in one form or another since the 90s, though. Some of the more toyetic moments stand out a bit. Honestly, it might have been more memorable if it went harder on that feeling.

And it doesn't go into Japanese culture as deeply as the comic does. Which is a same, because that's one of it's strengths. It's a okay show, but nothing it does really stands out. It's just okay on all fronts.

Karasu Tengu has a cool design, though.

The world is generally likeable actually. The gang who snaps their fingers are kinda funny. The mayor is a jerk but also kinda ok. Even the cats.

They sorta neutered future Gen tho. He became a decent sort, instead of a schemer or so. And the surprise extra on him? I don't know if that's canon.

Is the trickster fox companion of theirs a show character only? Or part of comic canon?
Z

Citizen
I was actually talking about this character: 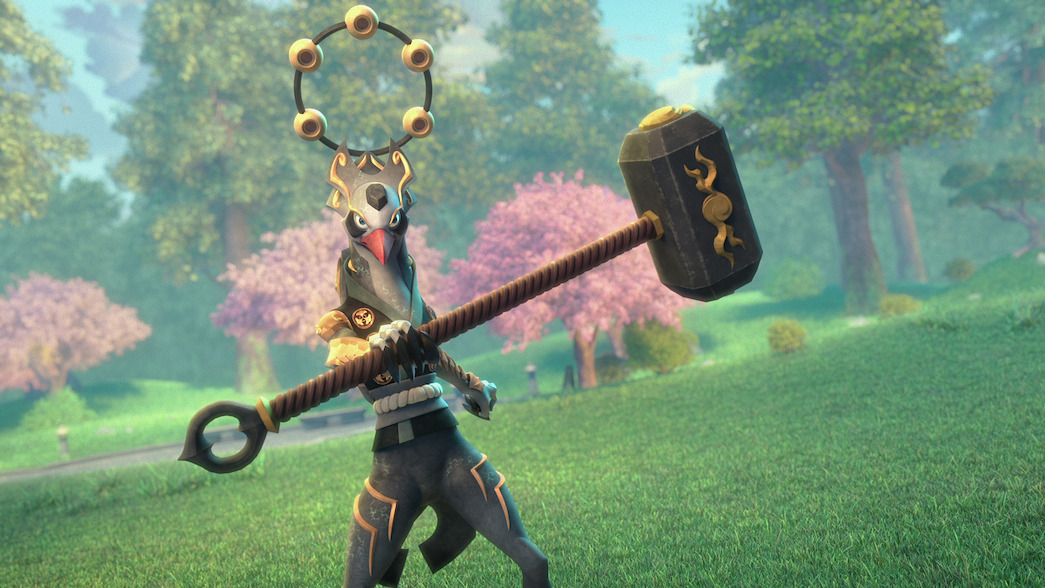 As for the other points:

The different gangs being substitutes for the different ninja clans was a interesting workaround. They're not as cool as in the comics, being mostly comic relief, but it wasn't a bad idea on paper.

If you mean Gen's sister, then, no. Comic Gen doesn't have a sister. And, yeah, Comic Gen is more greedy and clever than Future Gen.

All three of the side characters are based on characters in the comics...VERY broadly. 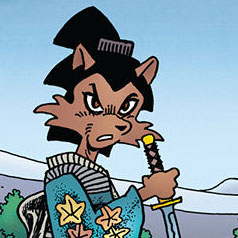 Kitsune is a street performer by day, and master thief by night—or day as the case may be. An anthropomorphic fox (who is named after the same creature), she is as cunning, quick, and agile as her profession demands. She considers herself a noble thief and only steals from people who can afford... 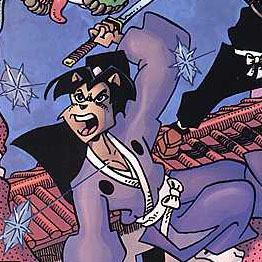 Chizu is a character from the Usagi Yojimbo series; she is an anthropomorphic cat and former kashira (chief) of the Neko Ninja clan. Chizu is considered a possible love interest for Usagi, as evidenced by her kissing him goodbye most times they fight together, but she is an obvious longshot to...

Kitsune in the comics is basically a happy go lucky thief and swindler with a child she's "adopted" and who she's training to also be a thief. They come and go in different arcs of the story.

And Chizu isn't quite so..."fluffy" in the comics. None of the cat-girls are. It was a cute gag when they first revealed it in the show, but I'll admit, they kind of look out of place.

They might have already shown up in the second season, but I'm waiting for Sasuke the Demon Queller and Inspector Ishida analogues to show up at some point in the show. Not to mention Jei. 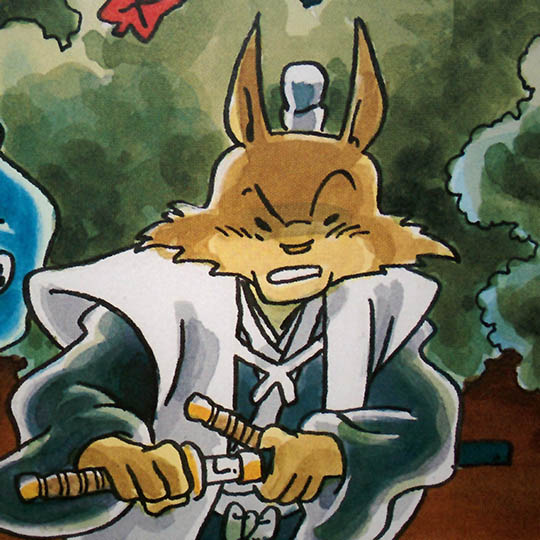 Sasuké, the Demon Queller, is an anthropomorphic fox and an enigmatic ronin on a never-ending quest to hunt down Yokai (monsters) that threaten mortals. Sasuke is guided by a mysterious spirit entity called Lord Shoki, who tells him where he must go and what evils he must slay. Much of the Demon... 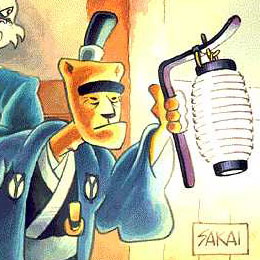 Inspector Ishida is a popular supporting character in the Usagi Yojimbo comic book series. The character is based on real-life Honolulu policeman Chang Apana, who was also the model for the fictional detective Charlie Chan. As Max Allan Collins points out in the introduction to Book 13: Grey... 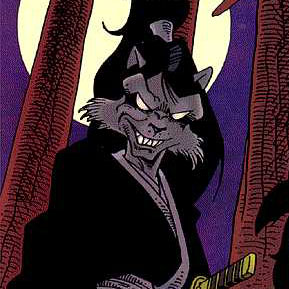 Jei—a.k.a. Jei-san, The Blade of the Gods, The Black Soul, The Demon Spearman, and a number of other dark nicknames—is a character from the Usagi Yojimbo comics. Although Lord Hikiji is considered the main antagonist of the series, Jei is the closest thing to a true arch-nemesis of Miyamoto...

The yoyo was kinda eh though.

Good that Kitsune is an actual canon character. I was only familiar with Gen and Chizu. I owned the Space Usagi mini and I thiiiiink they killed off Chizu there. Maybe.
Z

The yo-yo is one of those things that makes it feel like a 90s cartoon. Can't have our main characters capable of TOO much violence.