PrimeVsPrime has turned up a copy of the upcoming “Reformatting” Galvatron and accessory pack (in store listings as “Galvatron Unicron action figure pack”), and snakas has s…

Citizen
Just to be clear, "my" translation was simply a quick and dirty Google jobby (hence the "Engrish")!

Citizen
I'm not keen on that Galvatron look, I know they call it reformating but it just looks horrible, easy pass for me, I'm not that intrested in the accessories either!

Citizen
It's an interesting idea, but the final product doesn't do it for me. And I've no use for an accessory pack for a toy I couldn't remotely afford.
P

Citizen
I would like it for my Ghostbusters, but I'm not willing to shell out the $75-$90 rumored for it.

Staff member
Council of Elders
Citizen
I think he looks more like GalvaTRON than him being reformatted - I'm sure someone has already said that.

Kalidor said:
I think he looks more like GalvaTRON than him being reformatted - I'm sure someone has already said that.
Click to expand... 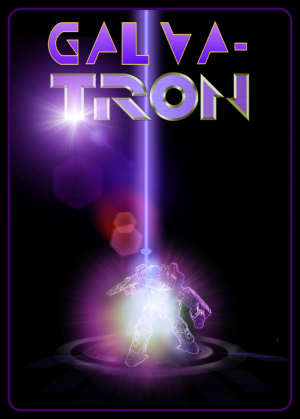 Citizen
BTW, here's that "rogue pic" that refuses to be linked to, I think? 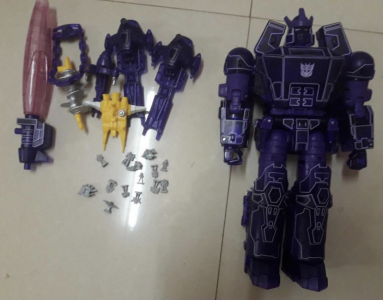 Citizen
I don't need another Galvatron, but I would buy the hell out of that accessory pack were it available separately.
S

Citizen
It's nice that Hasbro wanted to do a "reformatting" version of Galvatron, but yeah, this misses the mark pretty far. I get that they wanted to add in touches that weren't there originally, to make it more visually appealing, but this doesn't look anywhere close to the scene in the movie.

Ultimately though, and as much as I have tried, I just can't seem to like the Galvatron toy. It is, IMO, the best official toy Galvatron that we have ever gotten, but the wonky upper body proportions, the huge, goofy tank treads and tiny feet are just too much for me to get past. So even if this thing had managed to copy the exact scene from the movie in 3d form, I still would not have been interested.

As Doncropolis said though, I would buy an accessory pack that was not attached to this figure. However, Hasbro knows what they are doing: you must also buy the gilded turd if you want the extras for your Unicron display.
Last edited: Oct 20, 2021

Citizen
I'm a sucker for translucent purple AND Tron. As such I think he looks awesome, but I still don't know what I'll do with him.

I'd definitely be curious as to what they were thinking with this. They just did the reformatted Megatron, so they obviously know what it should look like... just not sure how they came up with this paint scheme.

Citizen
Yeah, I like this. Mainly due to Tron.

Staff member
Council of Elders
Citizen
Man, I really had no desire to get this until I started seeing him in good lighting and in different poses. The cannon colors are wonderful and the line work is amazing.

Citizen
I dig it, but I gotta cap my versions of this Galvatron at two -- which is already one more than I usually tend to buy of any mold, especially at this price point.

That is, assuming I get the normal one.

LBD Nytetrayn said:
I dig it, but I gotta cap my versions of this Galvatron at two -- which is already one more than I usually tend to buy of any mold, especially at this price point.

That is, assuming I get the normal one.
Click to expand...

Me too. The Takara "Selects" toy version Galvatron costs 8,000 yen!

Citizen
Kingdom Galvatron = Cartoon Galvatron
Selects Galvatron = Marvel Galvatron (I or II)
Reformatted Galvatron = Beast Wars: Uprising Galvatron. The Mad Tyrant. The Destroyer of Worlds. The Worst Cybertronian in history. And, in this form, the living embodiment of the G-Virus.

Citizen
I could certainly enjoy the accessories, no real want or need for the Galvatron. But it looks like the ships continue the complete lack of compatibility that Galvatron's pack-in guns/ships had, as there's no way to actually display them on the stand that came with Unicron.

If and when I get this (a LOT depends on the price) I will almost definitely sell off the mini-everythings.

Blot said:
I could certainly enjoy the accessories, no real want or need for the Galvatron. But it looks like the ships continue the complete lack of compatibility that Galvatron's pack-in guns/ships had, as there's no way to actually display them on the stand that came with Unicron.
Click to expand...

Yeah, I don't completely understand why they don't come with additional arms for the Unicron stand - or a smaller stand w/arms so they can stand on their own for those that don't have Unicron, but can be taken apart and added to the Unicron stand.

I don't know if they just decided, "Oh, we'll let the Shapeways community fix it" and didn't even bother.
E

Citizen
Until this conversation, I had completely forgotten that the Unicron stand only has one arm for a ship. I had it firmly in mind that it had an arm on either side. Had to go and look at the stand to confirm I was misremembering.