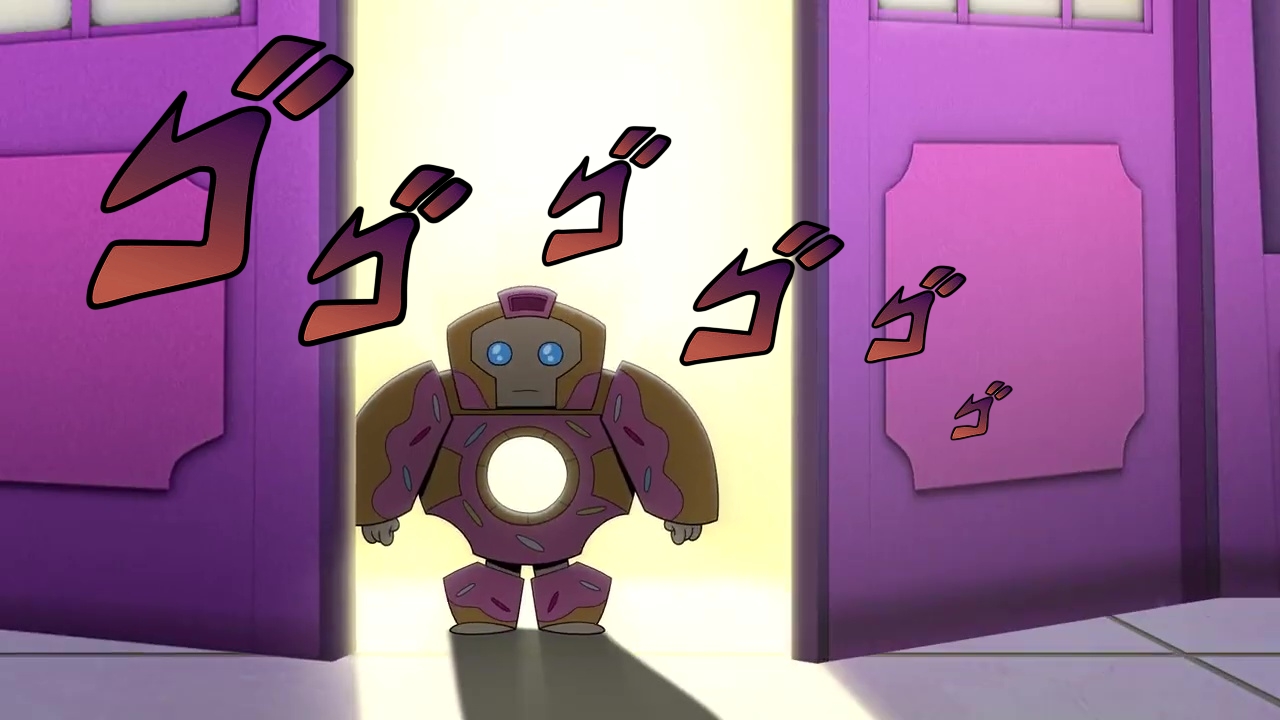 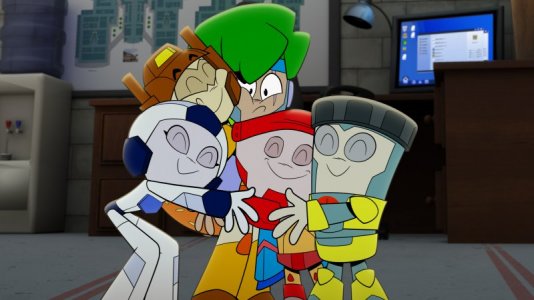 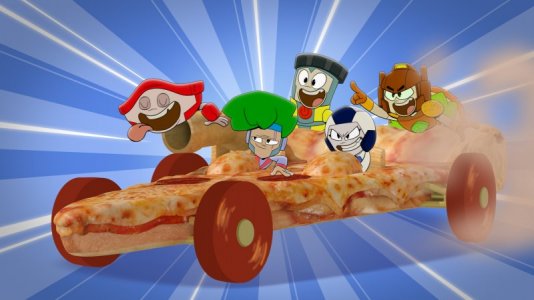 Wish they'd stuck with the box art style, and hope this doesn't change the aesthetic of the toyline. (Most of the characters are actually much closer to those models, it's just the main group here that got changed to this extent? So not bad) But it looks WILD. Gimme all of it.
Last edited: Feb 26, 2022
M

Citizen
This is three years too late.

Citizen
I think I'd prefer them with more robotic looking eyes. Other than that it looks cute.
F

Citizen
Yeah I much prefer the toys package cartoon style over Netflix's, I can't even figure out at a glance who the white and blue one is, Kikmee? Or is it someone new?

But I'm especially surprised how different Burgertron looks, but maybe he'll use a face mask at some point.

Citizen
Yeah, that's Kikmee. The toy looks like the Brain, the animation model looks like Starfire's proportions from TTGo.

Citizen
Went through the big bag of botbots I got for my son when they were coming out. Yup, everyone but Kickme. 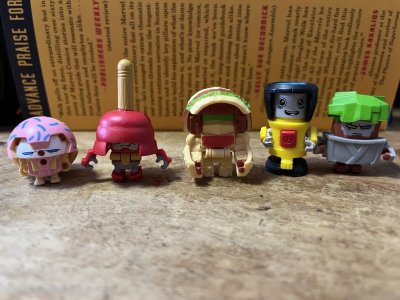 -ZacWilliam, so do I take a 50/50 chance of getting one of the right 5 packs from Amazon or spend a teeny bit more on Ebay...

Citizen
I wasn't a fan of "Notbots" when they first came out (and I don't think they have been ever officially released in Japan) and the trailer didn't help matters. If they were all metal/beast-wars "synth flesh", etc and just looked like organic/"soft" robots, I would be more on-board and could suspend my disbelief. I understand that it's a kids' show, but I am sure the creators know about issues like this and that even "kiddy" shows toss the odd "fan service/adult reference/joke" here and there. A quick one-liner (e.g., "Die-cast construction; it's a lost art..."), visual-gag or something that deals with this would help get me on-board. In fact, it would add to the joke/idea of stopping the human trying to eat the hamburger-bot, lest he break his teeth on it and know that it's not a real hamburger.

As it is, seeing him "splat" all over the wall, like real food, just doesn't seem "right".

I've encountered this perspective very rarely, and just can't get on board with it. Elsewhere, someone once asked if there were any 3D printing kits or whatever to turn a Botbot into Starscream or Optimus Prime, and the general response was "why the heck would you want to do that?" Even considering some Duderoni concept art that cast the chest triangle as similar to a Seeker chest cockpit, why not just take any of a few dozen existing Starscreams, including the Myclone or Bot Shots or QTF ones if you wanted a cutesy chibi take?

From the very get-go, the "what if Energon turned inanimate objects into robots" premise for Botbots was a fairly transparent "excuse plot" to get us transforming cupcakes, bars of soap, mugs of hot chocolate, shampoo bottles, and things the franchise has never ever touched. And that's fine. There's no further attempt to justify suspending disbelief, and really no point, because, well, that's the premise. "Take the transforming aspect of Transformers, divorce it utterly from the decades of Great War baggage, and apply it to a completely fresh setting with a completely new slate." I wouldn't be surprised if this largely ran on Rule of Funny and/or Rule of Cool (basically just obeying basic storytelling tenets like characterization and plotting) but not getting bogged down in even basic finagling of "how does this work based on the established lore." Even the core premise of the show just has some random Energon cloud bringing things to life, not even the now-commonplace plot device of "Allspark radiation". That should be our first clue that justifying these things, especially relative to established lore, is not a priority. And it doesn't need to be, for this to be fun.

If you're looking for literally anything more traditional than that, there are the many existing franchises and stories. No point in coming to look for that here. Which is not to say it's wrong to like that -- that's just not what this is.

I would be extremely disappointed if a show with this much potential stemming from Finally Something New For The Franchise had to lean on crutches like referencing what came before.
Last edited: Mar 4, 2022

Citizen
A clip of the show's been released!

Citizen
So, several renamed tribes, and a realistic mall layout rather than the Autobot symbol shape seen in the toy lore.

Citizen
as a clip its markedly decent.

Citizen
Another new clip has been released!

Citizen
And another one:

Citizen
Oh hey, that Video Game speeder that just got revealed! And a Pie one too.


Botbots S1/E1 - (Actually Episodes 1 and two if you are counting individual segments.)

that was a lot of fun. LOVE the bright colors and the character designs. The line up of bots turning into the Netflix logo at the start even had me going "cool!"

I have always said they should have had a show like this ready to go when the toyline originally launched but one of the good things about it having come after 5 Series of toys is that there's a ton of fun cool characters to see even in the background.

I love that the cast has personalities. This is soooo much more what I want from TFs than all the WFC toons.

Citizen
Watched through the first half of Episode 4 (or Segment 7).

Love Dimlit. The whole team is fairly fun really. Burgertron is basically Teen Titans Go Robin but toned down just a hair so he's a little more sympathetic. Love how each has their own little cubby room in the lost and found.

Some of the one episode "guests" have been my favorite. LOVE Frostferatu and wish he'd joined the team. The arcade token was fun. And I love the fact that there's a real transformer that basically turns into a deck of MTG cards. It is weird that they changed Plopfather from a Godfather parody to an Old Wizard parody.

-ZacWilliam, I REALLY want some toys that match these designs now.
M