The "Make Your Mark" series begins!
And Izzy is first up.
Can Izzy handle the pressure?
And where will this series take us? 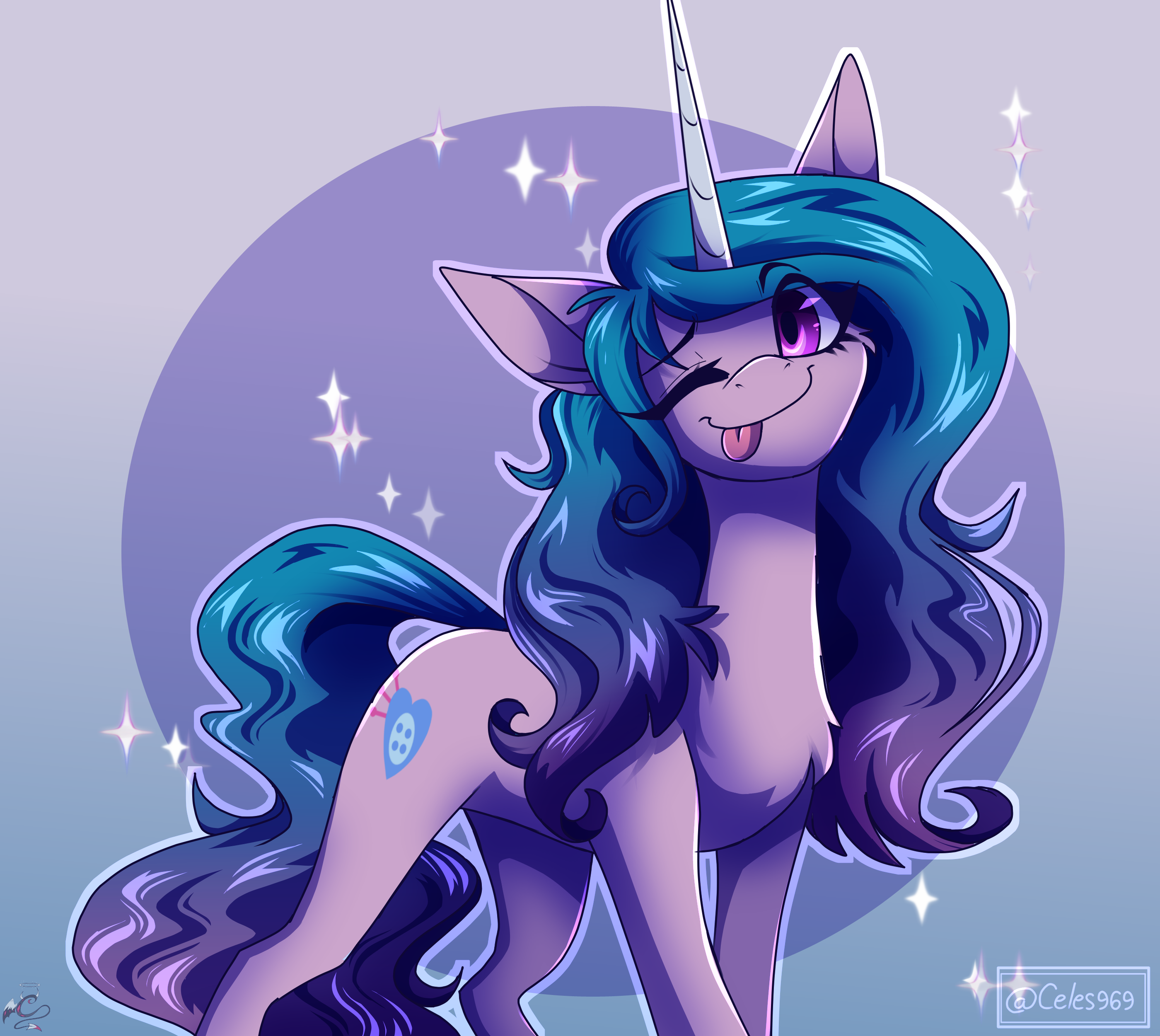 Thanks to Pipp, a colorful birthday gift Izzy made for Sunny has gone viral.
Everypony wants one — but poor Izzy's creativity can't keep up!​

Staff member
Council of Elders
Citizen
Izzy Does It

0:49 And the first conversation of the new series goes to Hitch and Zipp.

1:16 Earth pony magic is surprisingly versatile. This doesn't even seem to be plant themed.

1:33 Ah, this must be the intro. So the special really wasn't just two episodes stitched together.

2:34 All objects are gravitationally attracted to Izzy's horn.

3:44 So far it seems the ears have been given maximum jiggle physics to save the animators the effort of doing anything specific with them.

3:50 Villain! With binoculars aimed at Izzy's flank. Oh no.

4:06 The tram must be out of order, because these shops aren't giving it a whole lot of room. ...Oh Sunny isn't giving it ANY room. I guess it's gone. Victim of the economy?

10:06 Pipp just learned that lesson in the last TYT episode, the exact previous piece of media prior to this show starting. G5's release dates seem to be no accident.

12:12 Izzy meltdown incoming. It has to happen to everyone eventually.

19:45 A plantir is a dangerous tool. You do not know who else may be watching.

This was basically a TYT episode stretched to 22 minutes, with bits of an ongoing plot running in the background. It's a bit sluggish.

Animation is still a little wonky. The bones of it are mostly fine. There's just layers and layers and layers of stuff that are needed to make it look just right but aren't always here. Oh well. 3D is hard. The wonkiest stuff is flying. When they're hovering, they beat their wings but seem to move like they're just being dragged by a mouse cursor.

On the bright side, it's new content with the G5 characters. Izzy is still her old optimistic puppy self. I don't know what happened in some of those TYT episodes, but she's not like that here. This is classic Izzy.

The ongoing plot should entertain me. I like how the unicorn lackey thinks she's being sneaky but everypony can see her, but nopony cares because unicorns are not a conspicuous sight. This is some layered dork humor.
I'm not going to be able to watch the whole episode dump today, but I had to watch at least one.
Z

Citizen
Thanks for making all the threads, Guardian Prime!

Also the entire first episode is up on Youtube (legally)

They made Sparky the Netflix logo mascot. They must have some real confidence in the marketability of the little guy.

“Hitch, what’s your dragon doing?” Well, you ARE standing pretty close to him, Zipp. Sometimes these things are involuntary…oh you mean Sparky.

“More glowing cutie marks” That feels like it’s been more of a thing in Tell Your Tale. Kind of riding on that show’s coat tails, there.

Hey! We finally get to see our new theme song! …I don’t like it. It’s a little too “poppy dance remix” for me.

Interesting detail: Opaline’s castle has a tree growing out of it. Will that end up being the new Tree of Harmony down the line?

Aw, it’s Sunny’s birthday. Not sure how this lines up with the recent TYT episode about that, but we’ll figure a way to force them together, I’m sure.

WOW, this is the first time Izzy’s ever told someone Happy Birthday. She really didn’t have any friends in Bridlewood.

The Maretime Bay Craft Fair is today too. Odd detail, but sure.

Aww, Zipp WILL help Hitch clean up this mess that neither of them made. She must like him.

Misty’s first lines! I kind of think a bigger introduction would have been better since it’s been so long since the prologue movie, but…eh.

“It was a bracelet, but she put it in her mane, so it’s that now” This cracks me up for some reason.

The baby is bored. This will end in terror.

WOW…Pipp just admitted that all her songs sound the same. Not a great look, Pipp.

Wait, was that the unicorn from the video game? Primrose? The unicorn who gives Pipp a flower during her song. The game is canon?

This plot seems…VERY meta. Having to create a “new hit” that’s like the “old ones”…yeah, they’re talking about trying to replicate the success of G4.

Hmm…3D models don’t really capture the expressions that 2D ones can. Izzy’s “desperate” face just looks sort of frazzled. Not completely gong out of her mind.

Backstory: Opaline “rescued” Misty when she was a filly.

And Misty doesn’t have a cutie mark, yet. Odd, for her age. But, if she never found her talent, I guess that makes sense…if these cutie marks still work like they did back in G4. With magic being gone for so long, I’m not sure they do?

That’s a…random place for an ancient scooter. Right out in the middle of nowhere. Not hidden at all. Is this one of Scootaloo’s?

Oh, Sparky CAN teleport things like Spike could. But, Sparky switches one thing with another right now. Spike didn’t have that limitation, or learned how to get past it.

Zipp understands Hitch’s logic. They WANT us to ship them.

Izzy has a new toy…I mean scooter! And…again…it looks NOTHING like the original cart, just like the lantern. Izzy is some kind of tech genius, I swear. Heavy mods are her forte.

The Crystal Brighthouse can block the mirror’s signal.

Wait….Equestria used to have a cloaking enchantment? Is that why Opaline didn’t interfere before or are they referencing something else?

This episode felt…unfocused. The Sparky stuff didn’t tie into anything at all. Pipp’s plotline was sidelined until the last minute. And Izzy’s story was resolved in a odd way. It felt like it focused on too many threads at once.

Also: Misty is able to get from Maretime Bay to Opaline’s Castle REALLY quickly. She must really be hoofing it.
Last edited: Sep 28, 2022

Citizen
So if Izzy is medium sneaky, Misty is zero sneaky?