Citizen
Okay, so I knew SOMETHING would be up with hot new guy because of his name, but I was not expecting
Grunkle Kamran.
ETA: The name was important because (old spoiler but still a spoiler)
Kamran in the comics got close to Kamala, discovered she was Ms. Marvel, revealed he was also an Inhuman with powers, but turned out to be working for a badguy organization and tried to kidnap her.
---Dave

Fero McPigletron said:
I watched a video about the second ep and the kid sorta semi deserves it. I mean, I didn't notice his shoes.

Background on the Partition stuff is nice. I don't know about that history. Considering the time, maybe the British accent means something?
Click to expand...

I'm wondering if he might not be like, literally her cousin; that if the Grandmother disappeared, his branch comes from her after the Partition somehow.

Citizen
Kamran code-switches like a pro. The British accent may have been calculated to make him the Cool New Kid. Also, while only strongly implied at this point,
his mother is apparently Kamala's great-grandmother. So he's her great-uncle. Immortals make a real hash of family trees.
---Dave 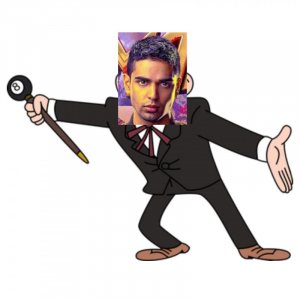 Citizen
I didn't realize this but man Ant Man has been coming up a lot in Disney+ stuff. Been mentioned in both episodes of Ms Marvel but also refrenced in nearly every episode of Hawkeye. I know there is a movie coming out but that's next year. Wonder what the focus is on him so much lately

[edit] oh right also the Rescue Rangers movie that came out recently. Had Paul Rudd in it signing autographs and talking about how originally they were going to make "Aunt-man" instead. Just been mentioned all over.

Citizen
Paul Rudd knows how to market himself.
E

Citizen
Well, to be fair, Paul Rudd does seem like a pretty cool guy.

Citizen
The cool new guy falling for the girl no one notices is a movie cliche and a little too perfect for sweet Kamala.

Citizen
I mean, this is basically Teen Romantic Comedy plus superpowers, so they're gonna play with the cliches of that genre.

Dvandom said:
I mean, this is basically Teen Romantic Comedy plus superpowers, so they're gonna play with the cliches of that genre.

As they should. She won't realize it, but it should raise some red flags for the audience.

Citizen
I mean, the end of episode 2 made it clear that the cool new guy had major ulterior motives, so they're not gonna string her along on that one.

Dvandom said:
I mean, the end of episode 2 made it clear that the cool new guy had major ulterior motives, so they're not gonna string her along on that one.

Citizen
1)
Okay, not Grunkle Kamran.
2)
SOOOOO close to having a wedding in a superhero universe NOT get crashed by supervillains. Okay, the wedding was fine, but the reception not so much.
3)
In the comics, the ClanDestine did get their powers from Djinn, but because a human married a Djinn.
---Dave 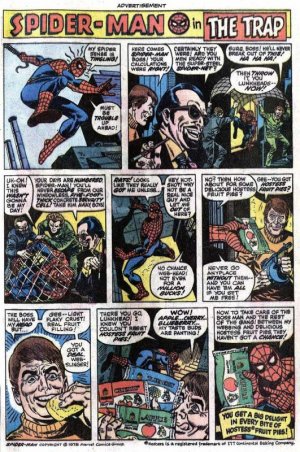 Citizen
Surprised that
Kamran wasn't in on it.

Citizen
In episode 2, I'm pretty sure Kamala said "shit" or some variation but the sound was removed. Like they think a 16 year old shouldn't say that.

Powered Convoy said:
Surprised that
Kamran wasn't in on it.
Click to expand...

They seem to be trying to take that character in different directions than the comics version.

Also,
Kamala needed a combat-capable ally to be able to get out of it once the rest of the clan did their heel turn, and "They've been lying to their own kid too" not only solidifies that heel turn while also giving him a reason to ditch his family for some girl he just met a few days ago...because he's not doing it for her, he's doing it because his family showed their true colors.
---Dave
M

Citizen
I mean I loved episode 3. I don't like them leaning on some of the same old tropes tho. DoDC is specifically looking for a girl of her appearance but don't notice and let her run off while they arrest the others. Why were they even there? Only reason I can think of is they have a sensor up for her powers energy signature, nothing else screamed DoDC involvement. Also can't tell her family whats going on trope. Shes watched enough super hero stuff to know that doesn't end well.

Citizen
I'm not entirely sure she can get to her next location without telling her parents SOMETHING.

Citizen
Only saw ep3. I collected Alan Davis' ClanDestine! While they're not the same and they have half the origin, sort of, are these people on the Ms Marvel comic? Like, with Kamran? If so, won't they have a different name? Also, love the use of powers from accessories!

Still very cool to see the culture and I still hope there's no backlash or anything.

Hey, at 13:49, there was a kid taking shoes. Is he the same kid who stole the shoes? Didn't he say his ankle hurt or something when he fell?

Am super annoyed at the twist. Kamala looked so lost. I was actually relieved when back up came. Don't know what's next tho.