Citizen
Starting up this thread again by announcing that Haslab Sentinels are arriving! I wish I had got one!

Also I had though I was nearly finished with Legends with having all the early 90's X-teams. Just a few to go right. A proper X-Factor Wolfsbane to complete that team. A retool into Feral, Siryn and the upcoming X-force set to complete them. But then they dropped the team I forgot about in the 90's Thankfully that 3 pack Excalibur team takes 4/6ths of the characters I cared about getting in one box set with Captain Britain, Meggan, and Shadowcat with Lockheed. Since I have Nightcrawler already all I really need after the 3 pack is Phoenix Rachel.

And I'm not picky about costume accuracy so if Meggan had a different costume earlier I really don't care since the green outfit is how I remember her. Same with Captain Britain later having a different suit when she had the green suit. I will have the core members of the team and that's all I care. Kluyn, Widget etc I don't really remember outside of seeing the teams trading card back in the day so if they get made later Kudos to those who want them.
Last edited: Sep 6, 2021

Citizen
got this guy in yesterday. big, hefty and quite nice. always been one of my favorite armors. its a diamond selects. unfortunately, theres a bit of red on the white chest piece but i can probly paint over it 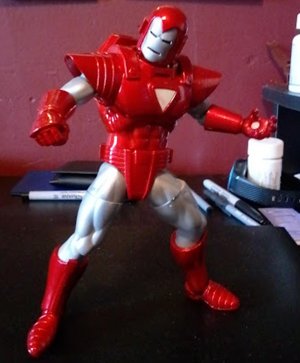 got the neo classic armor (the suit that came after this one) coming in next week. its also one of my favorite suits (its from the vintage retro line). and i also have the wandavision scarlet witch coming....sometime. ordered it from amazon, but all it said was "arriving soon" *shrug*. i love her new outfit from that show
Last edited: Sep 8, 2021

Citizen
I canceled my preorder on the Modular Iron Man in order to cut back on my toy habits but if I see him in town I'm defiantly picking him up.

But the Silver Centurion was used in one of my first Marvel Comics. Some sort of winter special that had 3 or four stories. Iron Man story had Spymaster using this new hacker named Glitch to remotely control the armor until Glitch figured out Spymaster wasn't a good guy and helped Iron Man.

Citizen
So today’s Marvel stream started with some back patting about how well the Galactus HasLab went. Then they told of us that the Excalibur 3 pack, the Shield agent 2 pack and the Skrull army builder is going up on Pulse at 1PM tomorrow for Premium members and 2PM for others.

Both Symbiote and Ben Spidey’s use the new Spider-Man body from the Last retro carded Spider-Man.

Continuing the retro carded train will be old looking Marvel ToyBiz cards with Falcon and two versions of Loki. A classic Loki with a new headsculpt and two daggers and a re-release of Lady Sif Loki.

and then the teases.

1. Another Legless figure. (Best guess would be a new Whirlwind)

3. Two new characters that have never seen a Hasbro or ToyBiz Legends release that were in the Series 2 Marvel Universe card set of the 90’s ( maybe Calypso, Scalphunter, or potentially a few “new” versions of characters like X-Factor Jean, or Rachel in her Phoenix look)

5. A card of what looked like a a world war 2 backdrop. 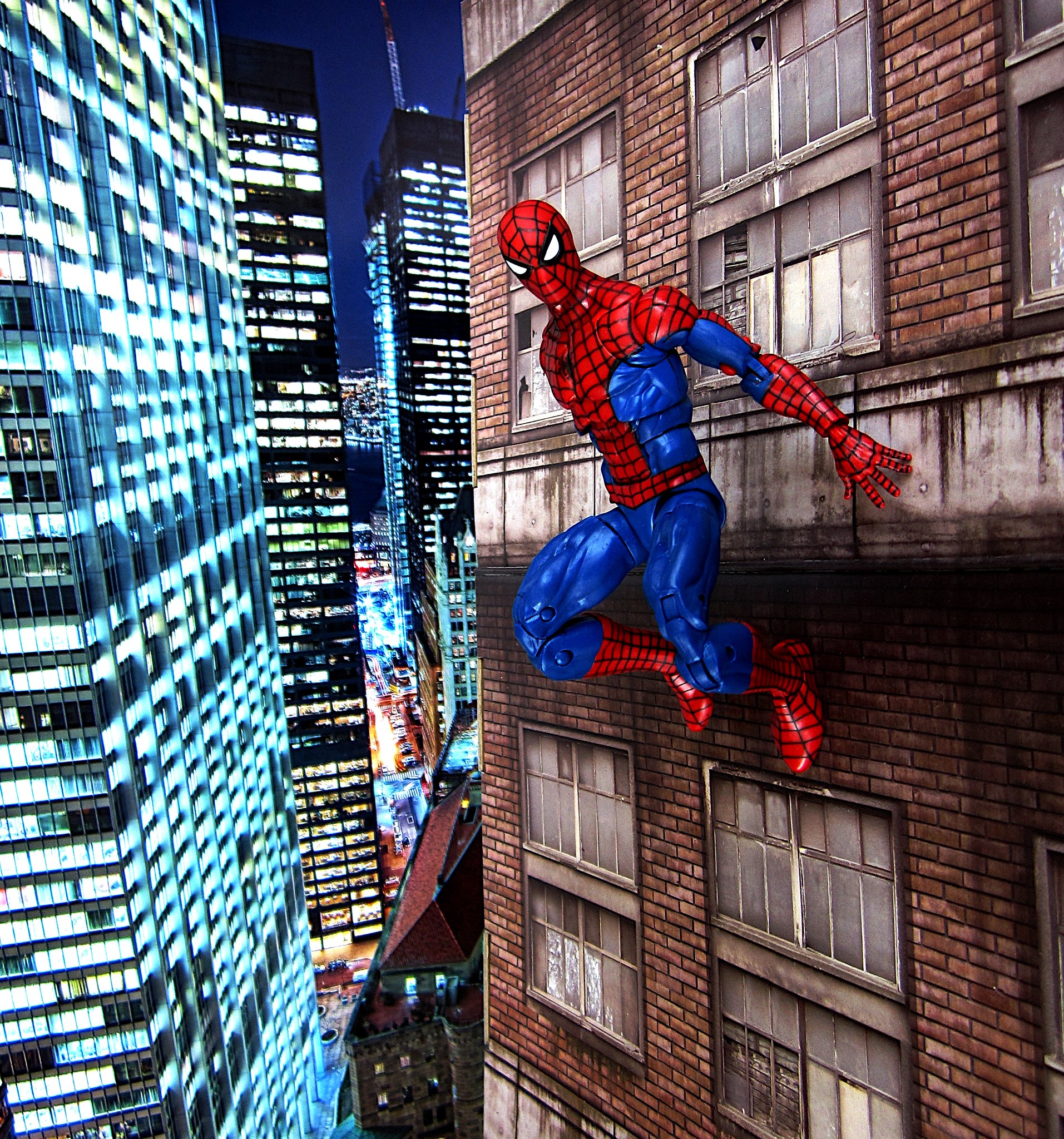 Staff member
Council of Elders
Citizen
Anyone else like Marvel Zombies?

Citizen
The Haslab Sentinel is insanely huge. The box is huge-er.

Kinda. It’s neat we are getting zombie Cap. I might like a few more figures from the What If…? episode.

Onyx Minor said:
The Haslab Sentinel is insanely huge. The box is huge-er.

i hear he has awful knees though

Citizen
Lo and behold! Look what I found the other day! 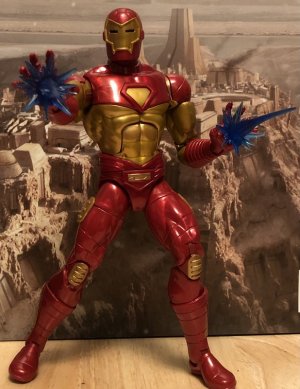 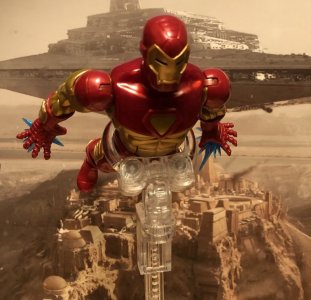 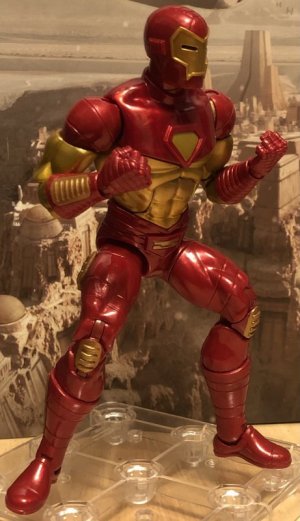 Now to Etsy for a PROTON CANON!

Citizen
Retro card classic Loki and Falcon are going up all around today at 1pm eastern. Haven’t heard if Lady Loki is too though. She seems to be the one people are after.

Citizen
the new AOA Colossus Baf Wave just hit my walmart... I sure hope nobody in the area wanted to complete the big guy, since I just picked up the only Sabertooth. 1 whole set and a 2nd Magneto were on the pegs. at least that's one more tick off the Exiles roster.

Citizen
dont know if this is the right place, but its a marvel figure i got creative with over the weekend

we will start with the "before" pic: 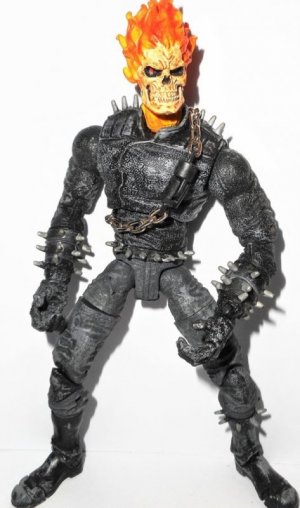 remember him? 2002 (i think) toy biz marvel legends ghost rider! a so-so figure in my opinion, but i like it. well, i dont like the paint job. it all almost looks to be one color. all that dry brushing or whatever they did makes it all just run together. so i decided to finally do something about it: 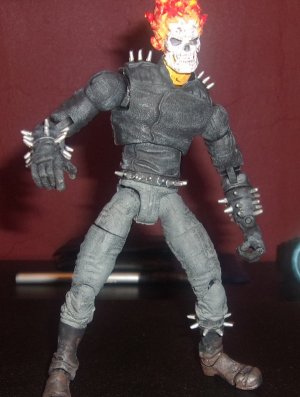 ah! much better! can now tell where everything starts and stops 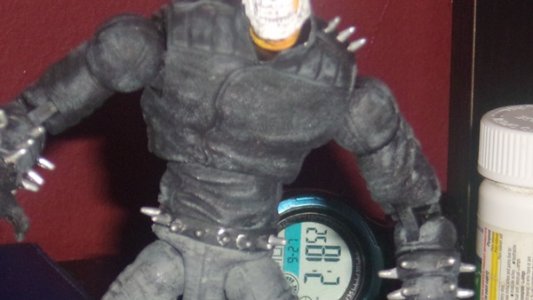 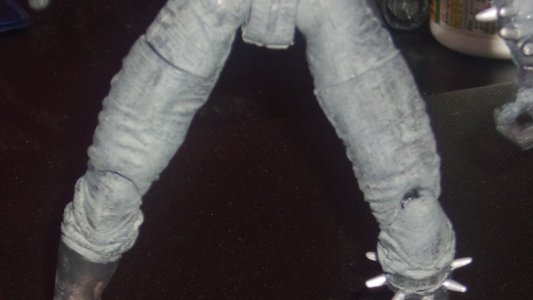 same for the pants, but in reverse. gray, dry brush with some black and again with more gray 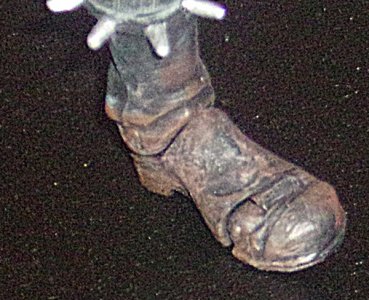 i really like how the head turned out. base coat of white, followed by dry brushing some black to bring out the detail and to make it look a bit burnt. his heads on fire after all! back shot. this pic has been sharpened to help bring out the detail better. not fond of how the fire hair turned out though

next, i HAD to do something about that laughably tiny chain he came with. no self respecting motorcycle demon would be caught dead with such a measly thing 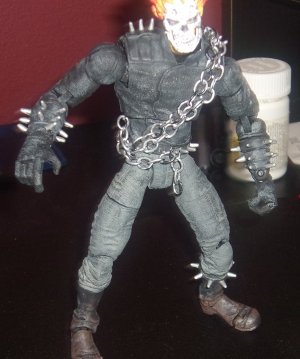 picked up a black chain in the walmart craft section and painted it silver. i couldve picked up a silver one, but youll see in the next pic why i didnt. anyway, may scratch it up with something to make it look used this is why i didnt get a silver chain. i have some kind of wire i ran through the links to make it more poseable. as i painted the chain, it also got the wire so its better hidden inside it it can still be seen, but it doesnt stick out as much as it would. this chain is actually a separate one from the one above. i wanted one for loose poses and to wrap around his torso, and another for more dramatic ones. could probly get the same effects with one chain, but this is the way i went. got plenty of chain and wire left so i can experiment. would also like to figure a way to make it look like some of the chain is on fire so there it is. the improved marvel legends ghost rider! at least i think hes improved anyway lol got in my mind to do a kind of graveyard diorama for him now, but ive never done anything like that so i dont know

Citizen
THAT GHOST RIDER IS FANTASTIC. Great colors, and I like the new chain.

And for a near twenty-year-old figure, the mold holds up.

Citizen
thanks it came out much better than i thought it would. especially considering i havent done a lot of figure customizing. done a lot of transformers though, so i guess that experience carried over

may be doing a graveyard diorama soon (well, A grave anyway...). surprisingly-especially at this time of year-i cant find a small tombstone, but i have an idea how to make one

Citizen
can anyone recommend a good, cheap-ish legends-esque captain america and thor? ive given up on sh figuarts (too expensive when it comes to it) but still need these 2. lost the shield on the 2001 cap i have so hes out, and i just dont like the thor i have (its some kind of viking thor or something). and i think id prefer comic versions instead of movie ones

or if anyone has a spare legends sized cap shield just laying around...
Last edited: Oct 14, 2021

Citizen
Cheapish may be the hard part here. There should be an Upcoming Marvel Legends 20th anniversery Cap coming soon that might be about 30ish bucks. Not sure of Thor though, it'd depend on classic or modern versions. I know there was a classic Thor about a year or so ago for the 80th Ann. Marvel line. But finding any on the cheap maybe an issue now.

Looks like Amazon has that Classic Thor for about 60 bucks.
S

Citizen
Yeah, next year is supposed to have a celebration year for the 20th Anniversary of Marvel Legends. Captain America was shown, and typically Iron Man and Thor aren't far behind (especially with Thor: Love and Thunder due out next year as well)

Citizen
i did see that cap, but i really dont like the holes in the shield if i dont have those bits on it. i imagine theyd be easy to fill, but matching the paint may be tough. ill have to keep an eye out for it (if someone could post when its close to coming out itd be really helpful!). still hope i can find that missing shield before then...