Staff member
Council of Elders
Citizen
Imagine if this game gets DLC now.

Citizen
With how Hasbro is handling things, I could see them doing something like that. Rather then releasing multiple $40 games, release one with occasional DLC that connect with key events in some fashion, like this one connects to the festival in MYM.

Even G5's setting is doing the G3 thing, starting with an earth pony town and adding the other tribes, with some growing pains.

Citizen
G3 ALSO had some lore that the different Pony tribes were originally connected, but were separated due to some undisclosed cataclysm. I think that was in Runaway Rainbow. (Thanks for forgetting THAT one G3 Spike. Proper table manners were MUCH more important!). 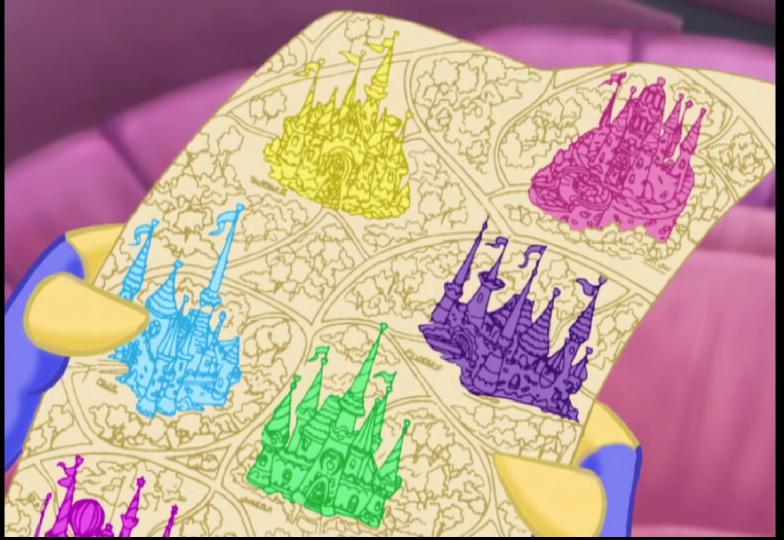 (Let's see here...Earth Ponies, Peagasi, Unicorns, probably the Breezies...I don't think we ever got the other two Tribes. Seaponies and Twinkle Eyes maybe? Or Flutter Ponies?)


As for DLC...I don't know. It seems like it'd be pretty easy to create new "hub worlds" around Zephyr Heights. Or the Unicorn village. And it seems like it would slot in pretty easily. Since, I assume they made this game in around 6 months, they might even be able to do it fairly quickly. I guess it depends on how well the game actually does.
Last edited: Jun 6, 2022

Citizen
FInally got around to playing the game, and wow... I wasn't really expecting alot... and I think I actually got less than that... The story is about as flat as the gameplay. Literally no challenge, not sure you could lose even if you tried. Also wondering if this is actually canon, and if so, where it fits in. Becuase some things makes it feels like it would take place after MYM, except that it takes place during the festival.


Also, I would have loved to actually see Sprout in his disguises. But that would have actually required some effort.
Z

Citizen
It is a very short game, yes. But, given this might have been made in less than a year (maybe even less than 6 months)...it's at least not BROKEN, anyway. They could build...something from the bones of this game.

If we're counting this as canon, I think it HAS to take place AFTER Make Your Mark. Sunny gets the power to make supersized springy sunflowers and Hitch talked to the boundary blocking bunnies, neither which was a possible power they possessed before the special .

Citizen
Yeah, as far as fitting into canon goes


Sunny has Earth pony magic from the start of the game, so that would place it after the MYM special.

IMO it would make more sense if they'd had the MYM special and the video game cover the same event. Like, have the same antagonist (Posey or Sprout, choose one) and imply that the video game is like a novelization, even if some stuff is slightly different. Because otherwise you have the Earth ponies forming a surly mob twice--once with Posey and once with Sprout--which isn't a great look.

Could it be that Sprout was originally intended to be the MYM antagonist and it was changed at some point? When it was too late to change the video game?

Citizen
So came across this today 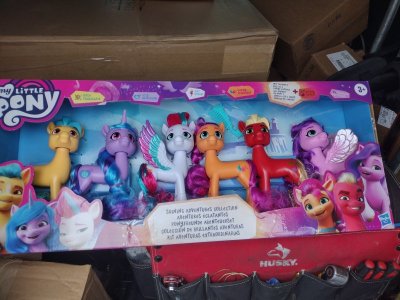 Not only has Hitch, but Sprout as well. First time I've seen this or any Sprout toy.

Citizen
I've seen it a couple times at Target, but my display space has moved more towards TMNT and MotU. Did you nab it?

Citizen
Yeah, Target is where we found it. My roommate nabbed it, as well as a small crystal collection Hitch that neither of us knew existed either; which gives him the mane 5 in both large and small sizes.

Does any text on the box call out Sprout's villain status? If not, this is interesting.

Citizen
Not that I seen, but I didn't look it over super closely

Does any text on the box call out Sprout's villain status? If not, this is interesting.
Click to expand...

Roomie hadn't thrown the box away yet, so I managed to check. And all it has is his name "Deputy Sprout" nothing about his moral alignment or anything.

Citizen
Or it was just made at the same time as the movie.

Citizen
Yeah, it came out a little before the movie, I had the ponies from that set lined up to watch it with me, lol. Maybe they wanted to avoid spoilers.

Amazing mane quality on the 6" G5s. It's sooo silky and it holds its shape well, like G1 hair. 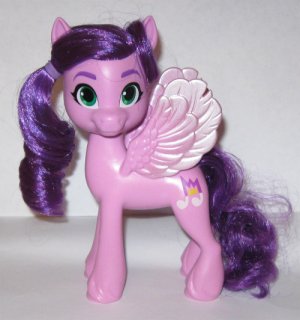