Citizen
I don't see any differences besides her mane? And that was probably shortened because long hair is one of the most difficult things to animate.

(Note how the rest of the cast either have short hair or hair that stays in a convenient shape, like a braid or Pipp's corkscrew shaped piece of loose hair . . . They knew they were designing these characters for CGI, ha ha.)

Staff member
Council of Elders
Citizen
The bracelet might be different too, but it's hard to tell.
Z

Citizen
I think it'll be easier to tell one way or another if we get a nice, up close shot of one of the ponies. If they are new models, I doubt they'd be as "peach fuzzy" as the movie ones.
Z

Citizen
You can see the first 20 minutes of the new Pony console game below:

Staff member
Council of Elders
Citizen
This looks unremarkable in the same way that the movie was. They tried to make an actual game that doesn't need to be graded on a curve. It's just a game and it seems utterly adequate. It doesn't exactly look AAA but I also don't see anybody t-posing so maybe that's a good thing.

Of course this game would be a meme legend if it had t-posing npcs but it doesn't seem destined to give us that kind of content. It's just an actual game.
Z

Citizen
Honestly, I'm not sure what *I* would make for a official 3D pony game. A bunch of fetch quests, mini-games, and collectibles for clothes is probably as good as it can get for this franchise, officially. I don't think they'd do a game where...you blast away possessed bunnies or something. I think maybe my ideal official Pony game would be a point and click adventure with lots of cute references and great sprite artwork, like the Monkey Island or Sam and Max games. But...those types of games don't tend to sell too well.

And they do seem to be hinting at a bigger story in this game, with

the Rainbow Brighthouse glitching out and...whatever's going on with "evil" Izzy?
And, hey, Sprout showed up, again! I don't think we've seen him since the movie. They didn't run him out of town, I guess. And...it seems like he still has his old job...they are VERY forgiving ponies.

Citizen
I'm kinda lukewarm about it MLP in general. Like I still like the movie and it's not like I'd run to turn the TV off if MLP was on. But neither am I chomping at the bit to get anything and everything possible in the toy isle like I used to.

So I'm not exactly planning on a day one purchase here. That said, at least it's not some half-assed GameLoft free to play game.

Staff member
Council of Elders
Citizen
There are many reasons to feel no urge to buy a game on day 1.

Citizen
I found a short teaser for Make Your Mark

Staff member
Council of Elders
Citizen
The animation quality seems to vary a bit, but it's possible that the rougher spots are in an earlier state of completion.

Citizen
Yeah not as polished as the first movie for obvious reasons, but honestly I don't think it looks bad at all!
Z

Citizen
So...I guess Posey really is supposed to be important? Huh. DIdn't really expect her to be a anti-magic gang member from her few appearances in Tell Your Tale.

"Dragons haven't been seen in generations" ...I'm really hoping something other than the comics is going to explain what happened. And will they follow in tradition and call him Spike?

Is that Sprout at 1: 11 or a different red and yellow pony?

I'm not sure why the Gems malfunctioning is making the ground dissolve. Unless the something else is making both things happen.

Ponies with Pizza feels weird and I'm not sure why. I'm pretty sure they had pizza in G4, right?

But, yeah, it looks alright for Netflix animation. I wasn't REALLY expecting it to look 100% like the movie...even though that's what Hasbro kept promising.

Citizen
Pizza was indeed in G4. I remember a giant one being made for Rainbow Dash's birthday in the first Weird Al episode.

Staff member
Council of Elders
Citizen
Pizza was also a thing in Tales, but I doubt they had that in mind.

I continue to suspect that the animation here isn't all finished, because while some of it does look rough there's plenty of shots that do look absolutely fine. They are taking the time to polish some of it.

You know what's the best part though?

They are truly making every effort to remedy the lack of attention Pipp and Zipp got in the movie. Also, Zipp has accessories now. She was the only one who didn't have anything in the movie.

I do not like the magic hoof hands. I don't care if at some point they outright say a unicorn did it.

Now I wonder about what the animation is going to be like, because even within this continuous clip the quality fluctuates like in the teasers. At its upper range there is nothing wrong with it. At its lower range, it's definitely a little stiff. The ears are still very wiggly at least.

"You know you can just enter through the main doors. It's our house." Royal sisters in MLP are always going to have conversations like this and I'm all for it.

Izzy looks incredibly sleepy. I actually hope this isn't a plot point. She's just sleepy because sometimes people are. I like unnecessary but real details like that. This is why I don't get to make cartoons.

Sunny is still the cutest lead this franchise has ever had.

Hitch is quiet. Maybe he thinks the critters won't find him if they don't hear him.
Z

Citizen
So, the August solicitations are out. And you might notice that it seems like the opening story-arc is over... 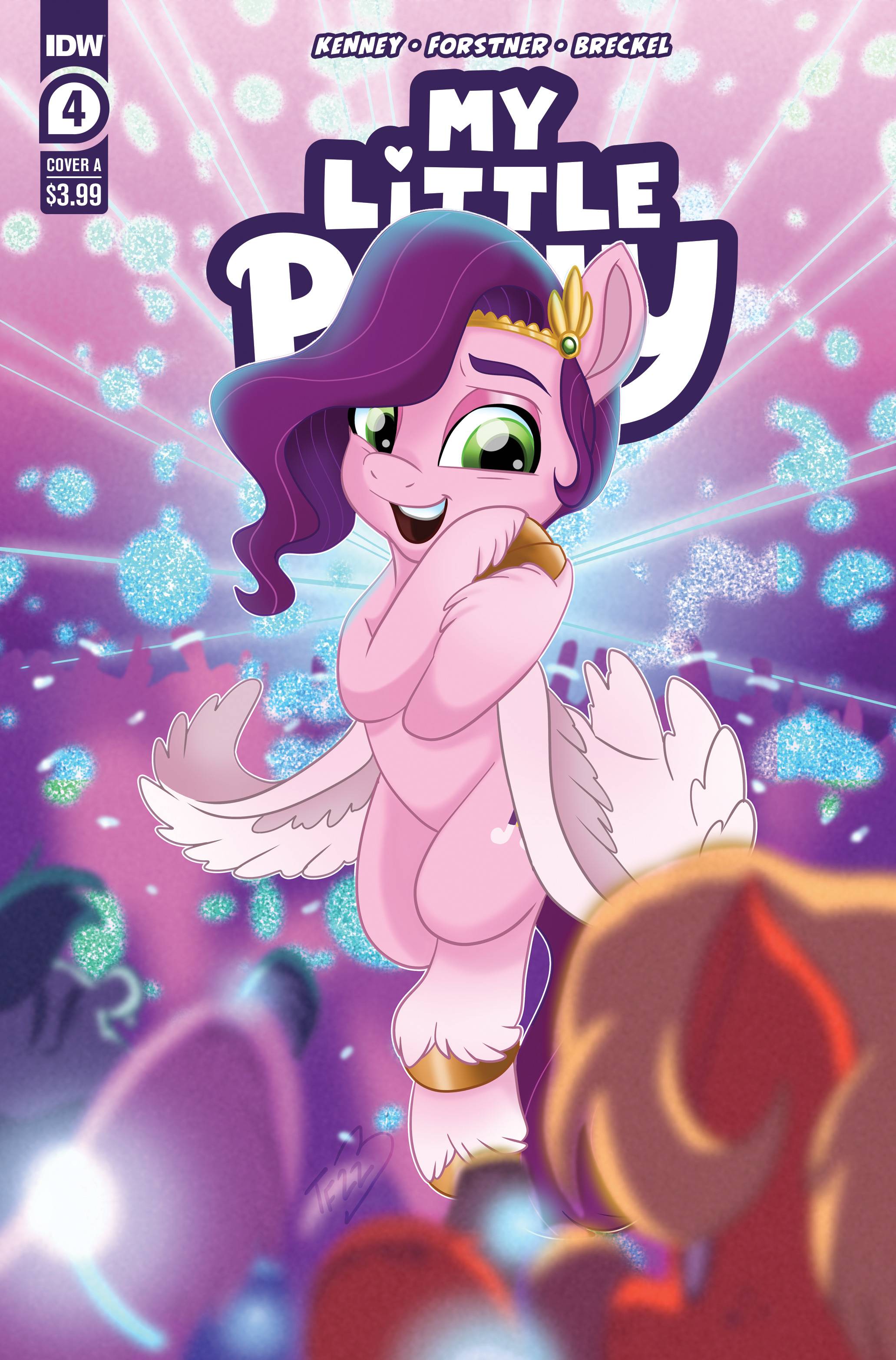 Pipp's online persona has only been growing. The "Pippsqueaks" look forward to getting glimpses of her exciting life. But when Pipp decides to get personal and depart from her expected glitz and glamour, she will have to reckon with unpredictable responses and address the difficulty of balancing... 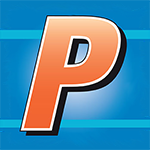 www.previewsworld.com
But probably not, really.


https://twitter.com/i/web/status/1494154794037956608
*sigh*...It looks like IDW is doing for MLP what they did for the (just cancelled) ongoing Transformers book. Spreading out storyarcs and adding in lots of different side-stories and other plots, so that every story-arc lasts dozens of issues. Or maybe trying to do what they did for Season 10 of the G4 comic and have a season-long storyarc across the first year of the book.

If this is actually true and I'm not misunderstanding this...I do not like it. I do not approve. In my opinion, this is a poor way to pace a story. I've said something similar about the Transformers comics, but, in my opinion, it makes any story arc have less of a impact when it takes a lot of issues and a lot of stories in between to finally finish. There's a reason why multi-parters don't suddenly have many side-stories in between, unless there's some delay in the art or something. (Even though, Avengers seems to be doing the same thing, having a tie-in to another event with the X-Men and the Eternals right in the middle of their own war with a Multiversal Masters of Evil...I don't like that, either.)

On the other hand, if all these "side stories" actually turn out to be "trials" the the villain is putting the characters through to try and break them...that might work. We'll see how this turns out. Is this going to pause the story to tell a bunch of other stories, or do all these stories actually tie-in to the main story somehow? We'll...see how this plays out. I was really looking forward to seeing how this opening arc played out...but now it's probably going to last all year.

I know this might seem hypocritical when all they might be doing is copying the style of a TV show season. But, in my opinion, there's a reason why most comics aren't paced like TV seasons. One issue of a comic is not the same amount of content as a single half-hour of a TV show. And comics don't typically have "seasons", despite what many companies keep trying to do with multiple mini-series.
Last edited: May 21, 2022

Citizen
It's a trend I don't like either. Say what you will about old comics, but you could typically count on getting a complete mini-story in each issue. Sure they would continue from previous issues and be continued in future issue. There were even bigger story arcs and the occasional mult-part stories.

But if you saw that on the cover that Wolverine would be fighting against Alpha Flight, you could safely assume that this story would be done in one or two issues.

Even within a big crossover like Dark Phoenix Saga, the X-Mens attempt to hit the Hellfire Club was one issue. Wolverine making a comeback and busting out the others and escaping was one issue.

These days it feels like you can buy multiple issues and never get anything that could be considered a self contained story.

Citizen
It's unfair to compare to comics from 30+ years ago.

Better to compare to how most of the G4 comic was. A mix of stories running 1, 2, 3 or sometimes 4 issues. Short arcs, with creator rotation being done between arcs rather than within. Season 10 not only tried to run an arc over the equivalent of 15 issues (12 comics, one of which was oversized, and a double length annual), it used up just enough issues on 1 and 2 issue side stories to make them feel like padding. The actual cartoon might spread an arc out over the whole season, but the number of strong arc episodes would be in the single digits, making done-in-one NORMAL rather than feeling like they were marking time.

If they're trying S10 pacing here as well, that's gonna be a high degree of difficulty. 8 arc issues and 4 non-arc feels like they were trying to pad out 8 issues of story into a full year. 8 arc and 16 non-arc feels about right.