Citizen
Holy cow, that's right! He didn't show himself but the VOICE was the Collectors! Holy cow!


Sooooo the Owl Beast must have been one of his playthings?

Citizen
So looks like we got another Tri-State area series coming.


No actual confirmation outside of the same visual style. But it bugs me that the elementary school girls sounds like she’s an adult. At least try to make her sound her age.

Citizen
I feel sooooo sorry for that guy.

Also, since Amphibia and Owl House are kind done for the while, is there a thread for other non Disney shows? For CN Craig of the Creek and Netflix Maya and the Three?

Daith said:
So looks like we got another Tri-State area series coming.


No actual confirmation outside of the same visual style. But it bugs me that the elementary school girls sounds like she’s an adult. At least try to make her sound her age.
Click to expand...

It doesn’t seem like Swampy Marsh is involved in this one. Everything I’ve seen seems to only mention Dan. That suggests to me that it maybe won’t be part of the same universe since those were both co-productions of both.

-ZacWilliam, I noticed the little girls voice seeming too old as well, but it’s probably somthing I’ll get used to or be able to ignore.

Citizen
Just putting this here cuz the early numbers give info that Amphibia, Owl House and Gravity Falls creators are linked with Mitchells vs the Machines. Interesting to know that Matt Braly can... devastate you with a few words? Huh?

Citizen
*cough* well, the Gizmo Duck suit was worn by females when it shrunk in an episode. Also Gosalyn wore it as Gosmo Duck in the comics.

Citizen
"I am the terror that flaps in the night! I am the comic book that keeps getting rebooted! I am..." 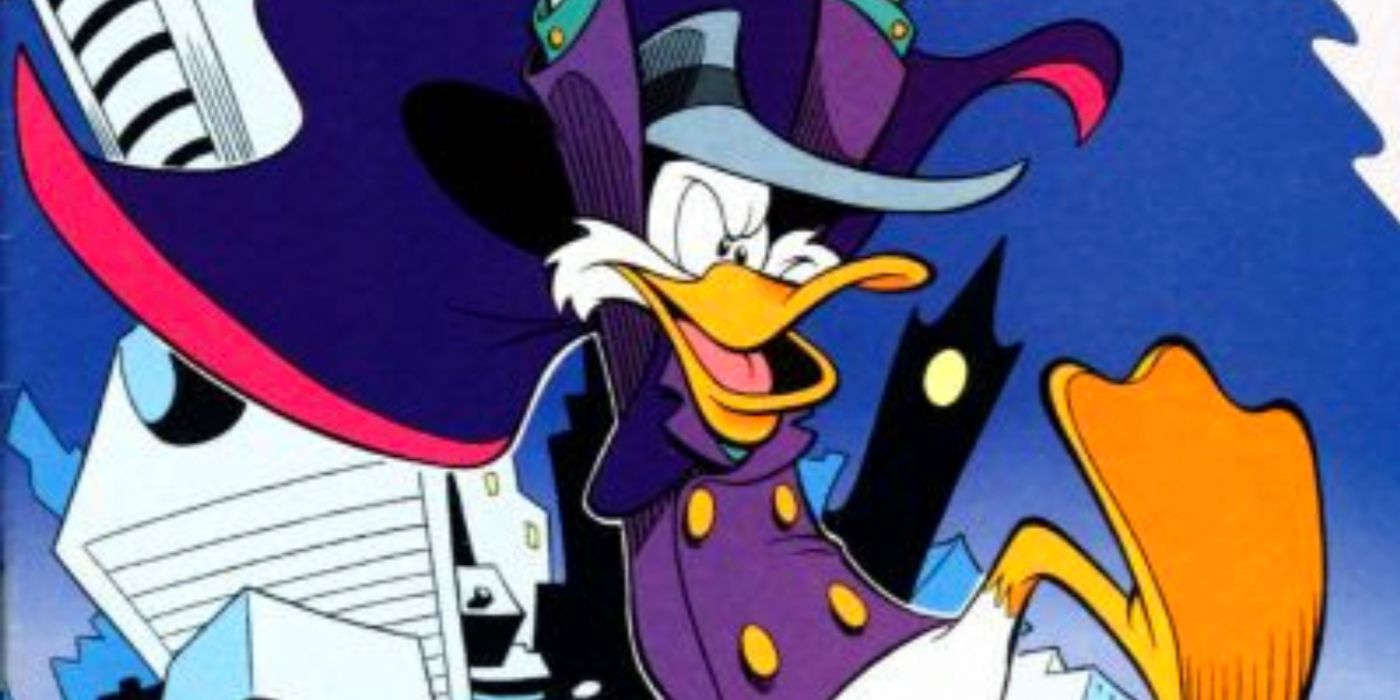 Disney’s Darkwing Duck Gets Dangerous Again in a New Series

www.cbr.com
Darkwing Duck is coming back to comics via Dynamite! Sounds like both a new series and reprinting some of the older stuff. 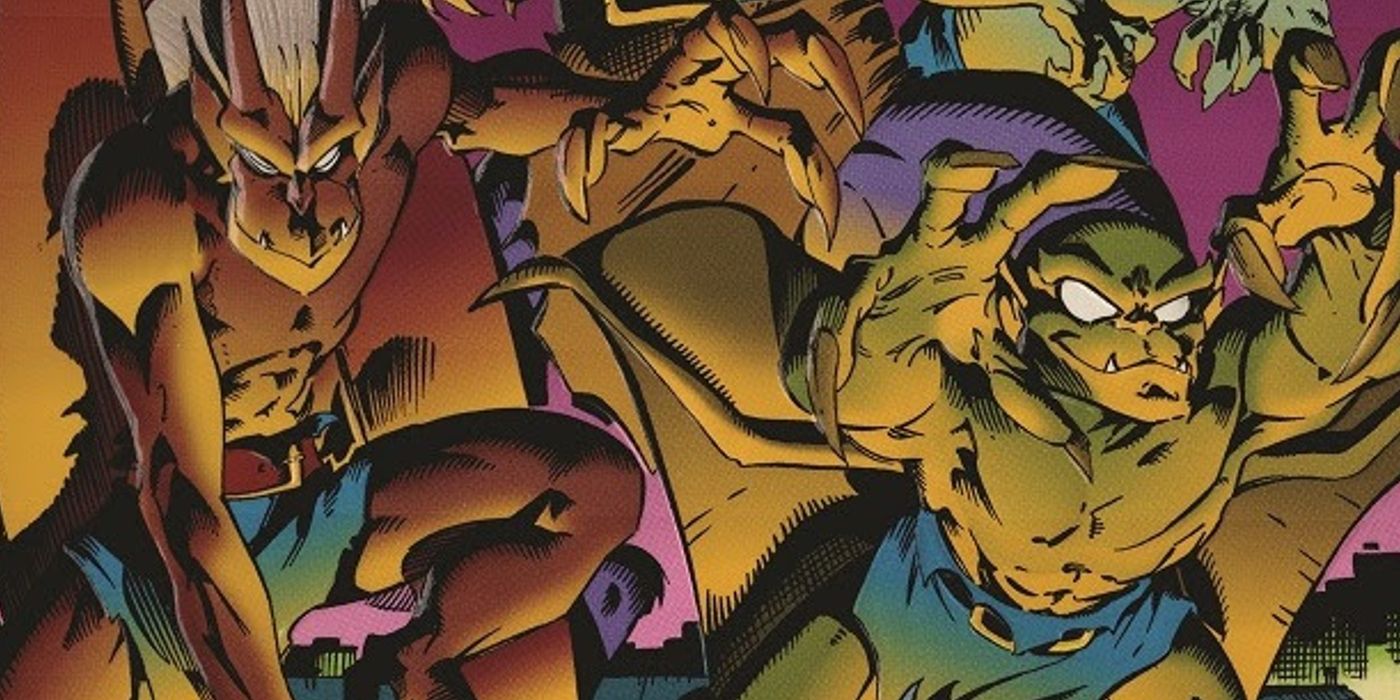 Disney's Gargoyles Returns with a New Season from Dynamite Entertainment

The fan-favorite franchise starring the stone guardians of New York City returns to the printed page thanks to Dynamite Entertainment.

Gargoyles is ALSO returning via Dynamite! With Greg Weisman onboard (in some capacity)!

I have...MANY questions about this. Will both of these books try to pick up where they left off? Darkwing had a REALLY short lived revival under Joe Books after it's Boom series.

With Gargoyles specifically, the SLG comics changed a few things by the end. I don't see them just redoing those issues from scratch, but I don't know if Greg would want to go in a completely different direction, either.

It should be interesting, anyway. Both series sound like they're coming sometime in 2023.

Citizen
If they reprint the SLG Gargoyles books I sincerely hope its in regular Graphic Novel size and not wannabe manga sized.

Hilda; word-of-god suggests that Hilda's dad is still out there, but he has no relationship with his wife or daughter (they might be divorced, separated, or were just never together to begin with).
Click to expand...

Late to the party, but "The Weekenders"

Tino's dad and mom divorced and it's not hidden at all. It's mentioned rather often, and in fact the final episode of the series shows his Dad come back and even join his Mom and her new boyfriend for dinner in a scene.


Also, seems like we're getting a second season of Molly and Ghost. I actually wasn't sure if we were, or it was a one season and done sorta deal.

Citizen
Cars is getting a mini-series: 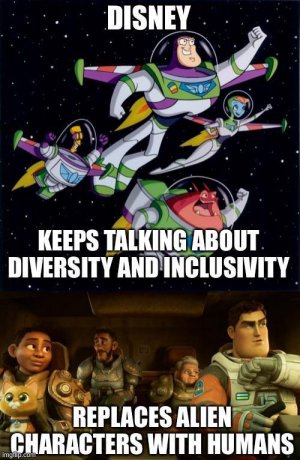 Btw, when it shows, will Moon Girl be a post here or in Forum of Solitude?

Citizen
Toy Galaxy goes over the history of Darkwing Duck: 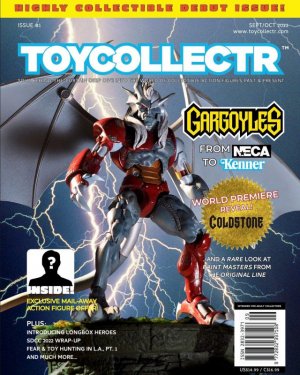 New toy magazine TOYCOLLECTR has a scoop on NECA's Coldstone from the Gargoyles line. GIMME!

Citizen
Looks like a standard and deluxe version of The Art of Ducktales is being release October 4th!

Citizen
I know it's actually a live-action film, but it's still heavily affiliated with Disney animation. So until it gets its own thread, here you go:

Citizen
Okay, I am very much here for this. I wasn't really sure Enchanted needed a sequel, or what they would do with it... but damn if not only reversing the formula AND maybe making Giselle the bad guy? They got my attention here.

Citizen
I remember reading about this ages ago when it was stuck in development hell... now I'm wondering if "development hell" was code for "they couldn't get the rights to use the name because of that Matt Groening show, but then they bought the company behind that so they were finally able to go ahead with production".

Citizen
The lack of hand drawn animation (other than Jason Marsden in that tree) has me not excited.

Powered Convoy said:
The lack of hand drawn animation (other than Jason Marsden in that tree) has me not excited.
Click to expand...