Collecting Tobots - An alternative to Transformers

Staff member
Council of Elders
Citizen
So I have been looking at Tobots (Yes I am aware they are not Transformers) and these toys actually look better than some Transformers figures and I am kinda interested in collecting them.

I was wondering if any of you guys collect them?

We're getting a divorce.

Citizen
Tobots?! Korea?! They're not even 100% totally always Japanese, like Transformers are! Non-Japanese robots are trash!

Let's all get into these things too. http://www.youngtoys.com/eng/brand/brand.do?brand=13

Citizen
I like the looks of some of them, but they're a bit too pricey to get a hold of for just a passing fancy.
Last edited: Sep 6, 2021

Citizen
interesting... looks like a decent amount of engineering went into them and a fair amount of articulation... maybe it's my use of convertors in my comic but these do remind me of that old toyline.

Citizen
They're pretty large, so that's a reason for the high cost too. Still, unique enough designs, other than that one toy that's literally "we bootlegged Cybertron Evac shhhh don't tell".

Citizen
I like the Paragon because of the interesting vehicle mode.

Citizen
Tobots are, by the way, not the only line of transforming robots made by YoungToys. There are also such toys (and cartoons, if that's something you're interested in) as GeoMecha (animal to robot to basic shape for storage; the combination ability is also there) and Metalions (most of them don't transform on their own, but still combine into different humanoid robots). Even Monkart has this element in a very unusual form - small monsters controlled by swords of their owners and manifesting transforming exosuits to participate in racing games (but the toys themselves are close to BotShots and Angry Birds Transformers in functionality and design).

Citizen
Shouldn't this thread be in "General"? They are pretty neat looking though.

Citizen
Ive not been able to pull the trigger on Tobot, but I have bought a Hello Carbot from Sonokong and was fairly impressed. Their micro/mini line is fairly comparable to the old legend/legion size class.

Citizen
I got Tobot Mach W in two color schemes from Wish a while back. Decent Rescue-Bots-ish toys albeit with a little more articulation. Haven't gotten any of the bigger ones (did get a really crappy KO of one of the combiners when I'd ordered something else entirely). 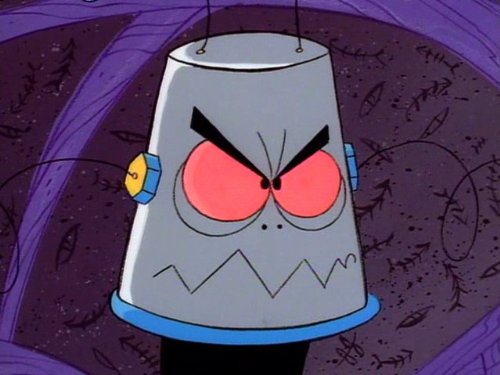 Now I have a (mini) space shuttle! Feels like sort of a "missing link" between RB and RID15, filtered through more of a Japanese super robot aesthetic (he specifically looks like a Megazord to me but I think that's just my own unfamiliarity with the wider genre talking). I'm a big fan of how all his parts snap together very satisfyingly for vehicle mode.

Citizen
I think they look pretty good, but definitely pricey. I picked this little guy a few years ago, since it's the only transforming Kia Soul they have that scales anywhere close to Transformer scales. 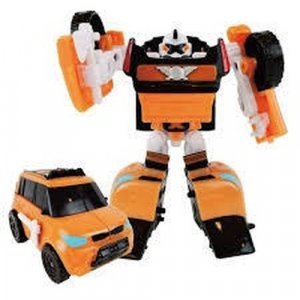 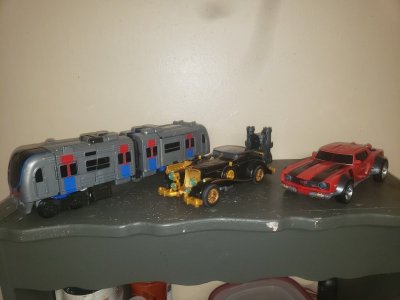 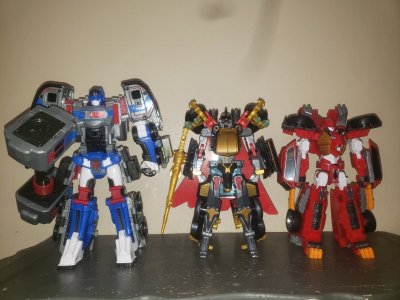 Ok, so these are the 3 i have, and I adore them for different reasons.
Metron: absolute Unit. We seldom get Trains in Transformers and when we do its never basic commuter trains.
Classic: a ye olde timey roadster that turns into a fancy bastard with a cape. Hells yeah, sign me up.
Leo Kaiser: he looks like the illegitimate lovechild of Gaogaigar and a Muscle Car, and I love him for it.

Citizen
Oh, I definitely like the commuter train one! Where's a good place to get these?

ChessPieceFace said:
Oh, I definitely like the commuter train one! Where's a good place to get these?
Click to expand...