Looks neat, and I like the cast and characters. I will definitely have to watch this when it gets to streaming at least.

It's the war of the Adams. Black Adam vs Adam Warlock! 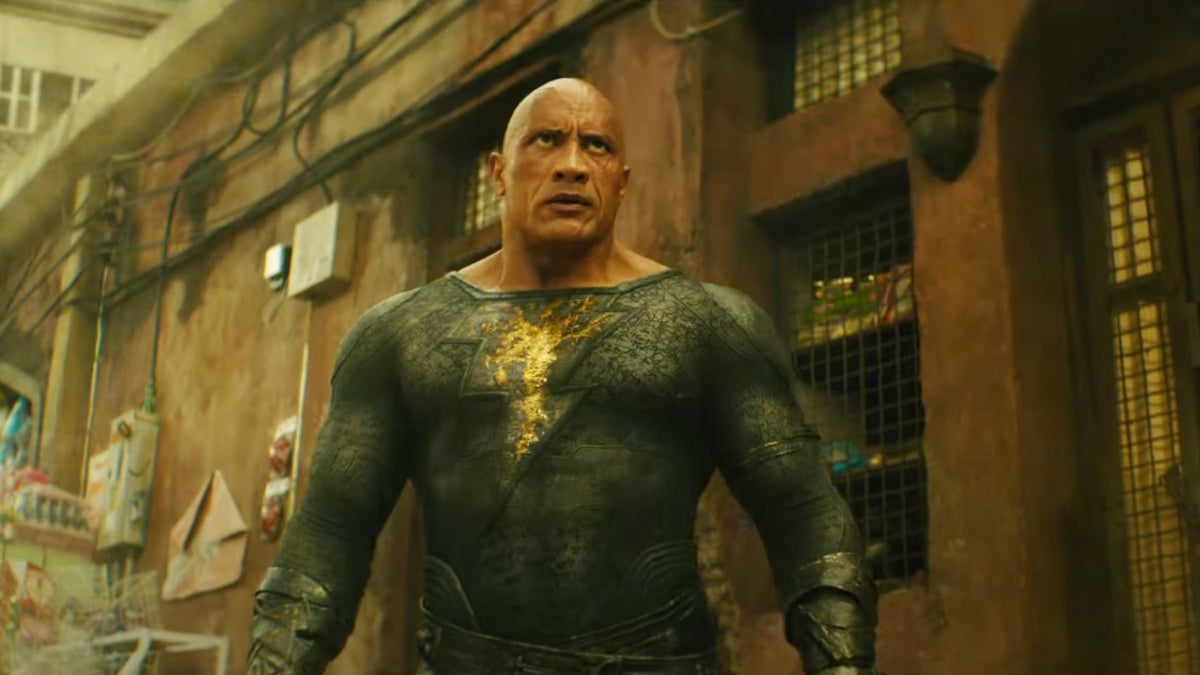 Why Dwayne Johnson's Black Adam Was Delayed Until October

Black Adam has been pushed from 29 July to 21 October 2022 to complete VFX work.

Staff member
Council of Elders
Citizen
Well, as long as I get to see it by Christmas at home.

Citizen
The trailer is here!

Staff member
Council of Elders
Citizen
Woot! I am digging it!

The Predaking said:
Woot! I am digging it!
Click to expand...

Speaking of, can the thread title be adjusted to something more appropriate?

Citizen
Something someone else noticed online but a kid in the trailer has a shirt like Silver Age Starboy of the Legion of Super-Heroes. Perhaps other Legionnaires will pop up... in the future, haha 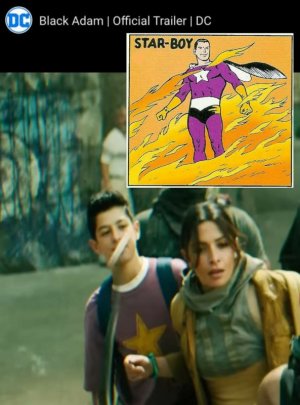 Citizen
Spin Masters actually has a modest little product line for this movie! About on par with The Batman, it's still a better showing than most of Hasbro's recent MCU stuff or how they've been handling Star Wars the last few years.
The central focus is a 4" line akin to what they've been doing for the last few years. Confirmed are Cyclone, Atom Smasher, Hawk-man, Dr. Fate and Black Adam. Also on offer is the Hawk Cruiser which comes with both Hawkman and Black Adam. Amazon also has an exclusive pack which features the entire wave of figures plus a throne for Black Adam (at the expense of the accessories they would have come with individually, it seems).
12" iterations of BA, Atom Smasher, Dr Fate and Hawkman are being offered as well.
Black Adam has a 12" "Power Punch" feature figure on tap.

If they continue following the pattern of The Batman, other retailer exclusive bundles are likely on tap, unlikely to offer much changes from the usual retail release.

These are due on shelf by the end of the month, just in time for the movie's release.

Citizen
Seeing it in an hour.

Too many headlines in Facebook spoiling some stuff about it, urgh

Edit - it was awesome! I went in semi blind, as I didn't watch the trailer. Heck, I only knew two of the JSA who were suppose to appear.

(In fact, if I didn't see the posters out front, I couldn't have answered the trivia question they had before the screening. It was 'what was the super team' so I knew it was JSA but they asked secondary questions like what it stood for and who were the members shown in the movie. Thank goodness I checked the standees and posters outside. Also, I thought I might be penalized for saying Justice Society of America, when they just said Justice Society in the movie. Anyway, I won a shirt, cap and power bank). 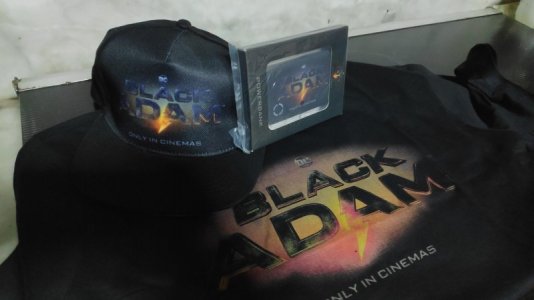 Anyhow, yeeeeah Dwayne still had a nice-guy twang to his voice and the whole deal of the Justice Society being there was odd (ala, if you're so well prepared, where were you during the Justice League movie type thing. Also politically) but you kinda forget it later.

Main thing is this totally could have been a Justice Society vehicle. Like, dang.

Oh, confirmed that the mid credit scene was ruined for me by huge headlines in Facebook, blarg.

Hmm, my best DC movie pick is still Shazam for the humor but Black Adam is probably my second best now.

Citizen
Yet another movie to watch on DVD in 2023. It's a good thing I'm holding off on all the Marvel movies. I want to watch the entire MCU as a group.

Citizen
Got this on digital.
Cheets was right, there's really no plot to spoil. It's basically a 2 hour fight scene with very little tying it all together. It's not bad for what it is, but it hardly advances the narrative or universe.
It's okay. Nothing too spectacular, nothing really that disappointing. It sure is something, but that's about it.

Citizen
Well, that was definitely a movie.

Citizen
Seriously? I enjoyed the hex out of the Justice Society. And I love how they cleaned up Adam's origin.
S

Citizen
I mean, it was FINE…but it was just that. It wasn’t a mess of a film like the Sony live action films have been. It’s clearly cut from the same cloth as the post-Justice League DCEU films (ie, more blatantly trying to “Marvel up” their films). The writing really isn’t up to to handling the volume of characters the way The Suicide Squad was able to, so the JSA stuff falls a touch flat, despite the efforts from the actors.
Dwayne Johnson is playing “intense Dwayne”, but trying to balance his arc while accommodating the JSA seemed beyond the ability of the filmmakers. He’s basically playing “anti-hero Superman” and the entire film is built around that premise more than anything else. It delivers on that…but I’m at a loss to say if it delivers much more.

It’s a completely average, enjoyable, superhero film. The issue is that between DC’s own Suicide Squad, The Batman and Shazam, much less the average MCU output (the shows have been solid, the Phase 4 films have, in general, been on the weaker side), have elevated that standard enough to just leave the film being…just fine.

Citizen
It didn't suck, which puts it ahead of the curve as far as DC goes. The fact that it's thin on plot works in its favor in my opinion. It doesn't waste too much time, it gets fairly quickly to Dwayne popping mercs like grapes.
You must log in or register to reply here.
Share:
Facebook Twitter Reddit Pinterest Tumblr WhatsApp Email Share Link
Top Bottom