Citizen
Yeah.... Since it was technically the Funimation name who bought CR, I was hoping they would either keep Funi, or merge the names somehow.

And not only that, but now that I will be forced to do this (assuming they are keeping up with simuldubs), I will be paying twice as much yearly, but I "get access" to so many subbed series I will never watch because they were never dubbed.... yay.

My big question that hasn't been answered is that I assume the simuldubs are still going on, and is Funimation gonna keep the name and release the home video stuff with it?

Citizen
Truthfully, I've actually had better luck with Crunchyroll's Console app's over Funimation the last few years. I never had any issues watching on my PC with them and while years back the apps were inconsistent, I often have a smooth watch on Crunchyroll while Funi tends to stall about a third to halfway into an episode and I have to dip out of the episode and resume it in order to keep watching. Sometimes 2 or 3 times. That and it was a pain every time my subscription comes to renewall for a while knocking me out of their premium service as my payment took a few days to process.

That said Crunchyroll isn't without issues. Many of their dubbed series require you to look into menus to find the dub of your choice with some separated from the sub listing completely. And with Mobile app's Funi did work a tad better most times. And another downside, my living room Smart TV doesn't have the Crunchyroll app last I knew.

Confuzor said:
For me it was more in how it was preceived as a much younger character than she ended up being. The stuff with Marin doesn't bug me at all.
Click to expand...

This. I am used to accidental nude bath scenes, but then

they go out of their way to make sure that she falls in front of him with legs wide open, then make sure to comment that her crotch is hairless. On a girl that they thought was in Elementary school. Then she threatens to report him if he doesn't make a cosplay outfit for her. Fortunately the show hasn't gone back to that level so far.
On Crunchyroll: I have an old Roku box, Funimation always gives me trouble with cutting out and subtitles not working. I've had very few issues with Crunchroll.

Citizen
Okay I feel I have a better understanding of what you're saying now. I can certainly see how that one scene can make someone feel a bit uncomfortable. Still that's the only scene I can really think of that would be an issue. The rest of the fanservice stuff with Marin is just par the course I feel.

I mean this is likely aimed at middle school/Teens in Japan, and being how Japan seems a bit more open with this kinda stuff in it's media, I doubt anyone even bats an eye.

I personally just didn't really think much of that scene to be honest. "Squicky" to me would have been if the Grandpa was trying to peek with a lewd expression, or the guy gave her a thumbs up the minute she slipped. Anime can be so SO much worse than this show.

Frankly on the whole, this show is rather tame and wholesome. It's got fun, well-defined characters who aren't jerks. It's really no wonder it's one of the popular ones this season.

It's not my favorite, but it's up there.

Just to be clear though. While it didn't bother me that much, I'm with you on not having another bath scene like that.

Citizen
The Marin stuff can get eyeroll inducing, but yes fairly standard. It helps that it doesn't bother her. I do really like the MCs so we'll see what happens.

Citizen
Having been reading the Manga, it's basically following it beat for beat. The Mangaka is know pretty well for the more mature content she writes. Of course I've seen some stuff that makes the first episode of Goblin Slayer look tame.

Just to be clear though. While it didn't bother me that much, I'm with you on not having another bath scene like that.
Click to expand...

As far as I've read in the Manga it's a one and done gag.

Citizen
Ugh, as if to prove my point about there being worse shows.

So for the anime streams I do on Thursdays, we just started a new show called: "Save Me Lolipop"

It looks like a fairly silly but decent little magical show. A jewel falls to earth, Nina the main character finds it on her plate of cake and thinks it's a candy. Accidently swallows it. Turns out it's part of a test a bunch of magic users are after. If you find the jewel you pass the test. However since it's in her, they have to make a medicine that'll get it out of her. (I guess because it's magical she can't let nature run it's course)

She's protected by two guys who want the jewel, but swear to protect her from the other students. Some of which don't care about her safety. (Seriously one hypnotised her and tried to get her to walk into a lake and drown)

So, yeah the show is already a bit weird, but then you get Rokka. Rokka is a rather 'curvy' girl who looks to be around 16/17. Except you find out she's using magic to give herself an adult body. SHE'S FIVE.

The show continues to show her adult body in skimpy outfits.

What the hell Japan?

Citizen
I know theres worse. I just try to stay away from it most times.

Citizen
Bone Daddy Ainz is back this summer!

Citizen
For those who are looking for something a bit more laid back, I recomend this series, its a Isakai but very much a laid back series about a girl who reincarnated into a child in poverty but her goal and dream is to be a libarian and she sets out to make her own book as paper hasn't been invented in this world, YET, so this is a very much a character driven story:

Citizen
I'm so looking forward to Bookworm season 3. It's such a great show.

Citizen
Another returner next month is The Demon-Girl Next Door, a zany comedy about a terribly unlucky demon-girl who ends up accidentally befriending a retired Magical Girl.

Cybersnark said:
Another returner next month is The Demon-Girl Next Door, a zany comedy about a terribly unlucky demon-girl who ends up accidentally befriending a retired Magical Girl.
Click to expand... 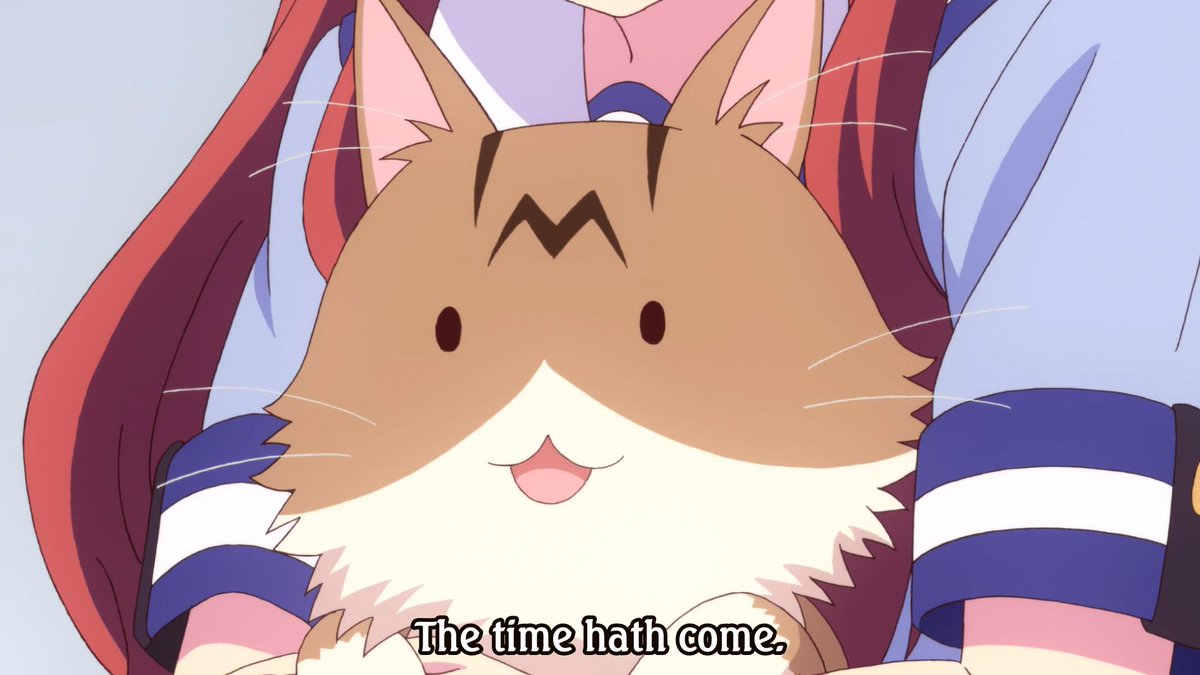