Citizen
I hope they keep the ridiculous hair that gets more and more outlandish every season.
Z

It is a tradition at this point.

It is a tradition at this point.
Click to expand...

At this point, Rantaro stands out more b/c his hair is fairly normal. And that's not even counting the hair power ups.

Citizen
Saw the third My Hero Academia movie. The second is still the best one.

Citizen
I watched the latest movie, I like it better than the previous film, that one got overly bloated towards the end with its final battle as it devolves into a CGI mess

Anyway, watching Doctor Stone for the first time, its not bad, a little over the top in places

Citizen
I did not like the 3rd MHA movie. The whole hype behind the film was Deku Bakugo and Shoto in those neat stealth suits. Which were used for one scene at the very beginning. The middle of the dragged on for what felt like forever and lost of the other classmates 5hat were in the movie had painfully little screentime. The whole enemy cult being built on hypocrisy took alot of its potential drama away from it to devolve into superpower fights.

Confuzor said:
I did not like the 3rd MHA movie. The whole hype behind the film was Deku Bakugo and Shoto in those neat stealth suits. Which were used for one scene at the very beginning. The middle of the dragged on for what felt like forever and lost of the other classmates 5hat were in the movie had painfully little screentime. The whole enemy cult being built on hypocrisy took alot of its potential drama away from it to devolve into superpower fights.
Click to expand...

These types of films do tend to be mostly spectical and little substance, only two films that I can really think of, are apart of their respected canon stories and are pretty desent:
Dragonball Super Brolly & Demon Slayer Mugan Train, thou the Demon Slayer film is pretty much just one chunk of a much larger story, while the DBS, in terms of anime, its pretty much stalled as they are waiting on the manga, thou they got a new film coming out, this year, but that just looks terrible as it completely CGI! While I can think of another pair of films that are apart of their respected universes, they just feel completely shallow and devoid of heart and pasion, those films would be the Sailor Moon Crystal ones that came out resently, while they are adaptions of the manga, the way they are presented is just kind of feeling as if there was no real heart or pasion and its just a shiny cash grab, thou this is merely my view.

Citizen
Yeah, what happened with the cool suits they had from the trailer? Haha

I liked the second My Hero Academia movie because they showed most of the other classmates doing cool stuff (I kept rewinding the part where Sero and Uravity were doing the boulder trap). I think only the Sugar Rush guy got sidelined.

In the third movie, Iida wasn't even in the mission? And Pinkie? She was amazing in the second movie.

Citizen
Along with catching up on Gintama, I'm also watching My Dress Up Darling. I like the cosplay focus and the main chars are very likeable, but it's also very fanservicey to the point of feeling too forced, especially with the additional chars.

Also has "older girl that looks like a kid" and "middle schooler with giant rack" girls. There's a really stupid nude scene with the small girl.

Citizen
I find myself really enjoying My Dress Up Darling (tho yeah that one nude scene was a bit much). Its not really the kind of show I usually go for but the leads are both fun and the hard focus on real-life applicable cosplay stuff is awesome.

Citizen
Yes, Dress Up Darling is kind of an odd popular one this season. The cosplay stuff kind of what made think of looking into it initially. But then Amalee got Marin's part in the Dub and I've been liking her energy in the part. And despite the suggestive parts it still feels like a more innocent relationship with Gojo and Marin and I kind of like that quite a bit.

Citizen
This is just one of those times where I can't help but be a bit confused by this reaction. I mean... yeah it has the nude scene, and saying it like that makes it sound so much worse than it is. He walked in on her after she took a bath. It's a classic anime joke that's been done to death, and will continue to be used.

Like... the show is a romantic comedy ANIME. You are going to have fanservice, you are going to have situations like that because they know the Japanese Otaku will eat it up. They'll go out and buy figures of the girls, special editions of the DVDs with artwork post cards and the like. It's just how it is. How it'll likely always be.

I'm sorry but my basic reaction is: "How are you not used to this?" I don't even see why having that matters, or at the very least I'm able to glaze over those things and just enjoy the story and characters for being fun.

Citizen
For me it was more in how it was preceived as a much younger character than she ended up being. The stuff with Marin doesn't bug me at all.

Citizen
Damn I completely forgot about that scene until just now when it was brought up. Considering the dub has yet to catch up to it could be one reason, and the other just burning it from my mind because of the perceived squickyness. And of course the younger sister is the one who looks like she should be in college.
S

Citizen
Crunchyroll and Funimation are now...ONE 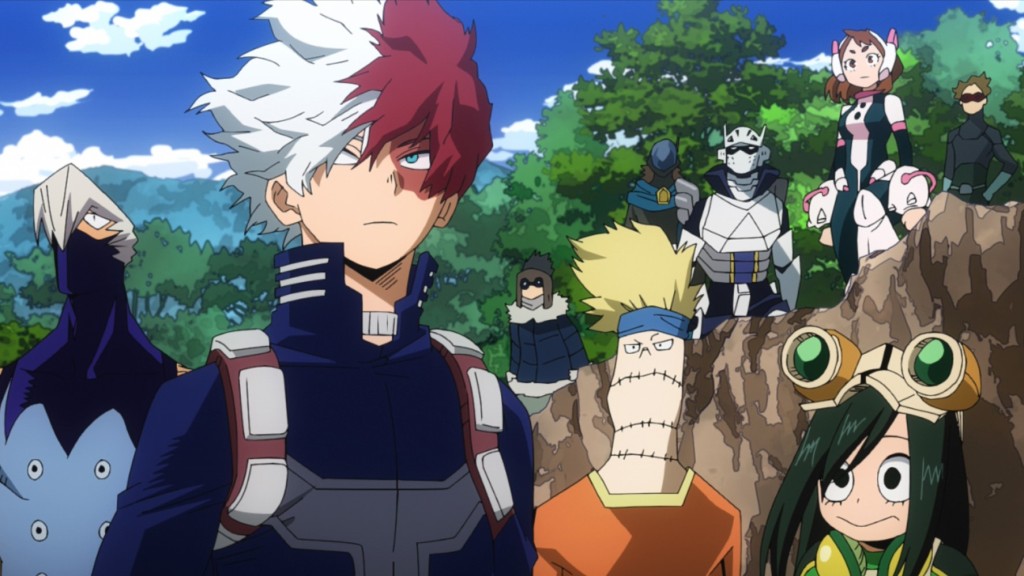 Sony is effectively merging its two anime streaming services, announcing that Crunchyroll subscribers will have access to library and simulcast content previously available exclusively on Funimatio…

Citizen
Surprised Crunchy is the one to keep the name. Figured Funimation was more wildly known.

Citizen
I'm honestly pretty ticked off about this. Just got a message on VRV that it's ending service and if you want to watch anything Crunchy Roll, you HAVE to go to Crunchy Roll.

Last time I used Crunchy Roll, not only did their player just flat out suck, but even though I was paying for a subscription, I wasn't able to watch any premium videos. It was treating me as if I had a free account. That's the entire reason I left and went to VRV, because at least their website WORKED.