Citizen
I saw a bunch of animated movies recently that aren't Pixar, Disney or big enough to get a thread of their own. Kinda wanted to get folks' thoughts in them, if they've seen them too.

I enjoy the Despicable and Minions series cuz of the superheroic supervillainousity. Scarlet Overkill was cooler than the Vicious 6 (except maybe for Nun Chuck, haha) but I liked this one for the extended family background for Gru. Silly, colorful fun.

It's a Mel Brooks movie. I should have liked it but I didn't. I almost hated it, hah

Why is John Ratzenberger voicing here and not in recent Pixar movies? I'm worried. This John Lassiter movie needs more work with some models. Kinda wanted more Rube Goldberg luck based shenanigans but there's barely any. I need clarification with the lesson. It's suppose to make to accept bad luck? But you can control your own luck. Or make your own luck. Kinda off with it but still ok cuz Flula Borg is in it.

I loved the start. If it was night time, this would be terrifying! Still is. Is the Pacific Rim tv show like this? The sea monsters are like Kaiju. I feel like they shouldn't have modeled the Red Bluster after Toothless cuz that's all I can see. Blue is adorable tho. I like this one a lot!

There's other animated movies that have their own threads but I'll just shoved them in.

- League of Super-Pets washed the bitter taste of Lightyear off my mouth.

- Rise of the TMNT movie was an animation masterpiece. I wanted more Donnie but being Leo centric was fine. The Krang were dangerous, especially the female.

Citizen
You would expect people to remember tf the movie, but instead they remembered mikel bey movie 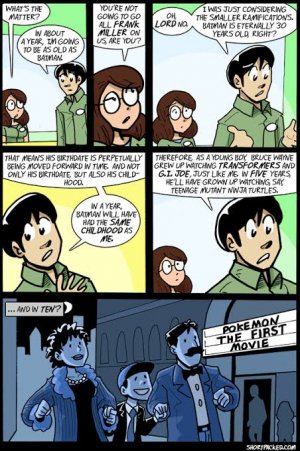 Citizen
They kinda riff on that in the most recent Harley Quinn episode.

Confuzor said:
They kinda riff on that in the most recent Harley Quinn episode.
Click to expand...

My goodness, the Harley ep with them going into the mind journey is such a trip! Dunno why there's no thread for it.

Citizen
It is an example of a good cartoon to laugh at. This franchise was invented for this in general, in my opinion. It uses all the classic techniques of cartoon comedy. It is their similarity to early short films from Disney. Unfortunately, I don't have much free time to watch movies lately. However, I'm looking forward to the Snowfall Season 6 release date. By the way, which movies or cartoons do you prefer? What is the most important component of a successful franchise for you?
Last edited: Oct 7, 2022

daniilvegas said:
It is an example of a good cartoon to laugh at. This franchise was invented for this in general, in my opinion.
Click to expand...

Which? Harley Quinn? I'm sure it's not the pioneer but I like how it's doing its own thing.

I thought season 3 would end with Harley and Ivy on opposite sides but what they did was better, if not fully resolved yet. I hope they do a fourth season and end it with a happy ending.


Holy cow, the animation is waaaay different than the old Shrek CGI. It's more The Bad Guys ish? But what's with the... clipping? During the painted looking action scenes, like, the action just clips? Not smooth anymore? I don't know the animation term.

Story was kinda real ish. Middle age ish? The part after he gets buried was, wow, not good. Goldilocks' deal was typical but still touching. Good stuff.

I think I would be happier if the villain didn't kill people. Like, there's actual deaths. One might get a pass but perhaps the others could just be throwaway people. Like gingerbread men or something.

Anyway, good stuff! I feel it's better than the Shrek series cuz they're not doing pop culture references.
W

Citizen
I saw Rise Of The TMNT and Sailor Moon Eternal on Netflix. TMNT was a cool movie. On DVD I own Despicable Me 1 -3 and the same for Hotel Transylvania. Need the new HT movie. I also own all of Ice Age. Need the spin off for that one.

Citizen
Ice Age is over since the studio folded. They made a final video with Scrat finally eating his acorn. Sad but oh well.