Staff member
Council of Elders
Citizen
I doubt that they will let it fail.

Citizen
I'd like to know how they plan to make it happen because the count keeps heading down instead of up. 4,776 now.

Staff member
Council of Elders
Citizen
Last minute over seas orders and online store pre-orders was what they said last time wasn't it?

Citizen
Dunno if it's real but friend said it is. 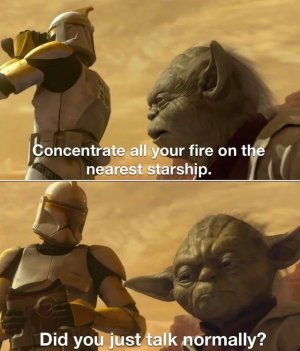 Citizen
Well Hasbro’s finally pulling their heads out and is offering the Rancor Keeper if the Rancor at least funds. Whether or not it’s enough to save the Rancor or not is still questionable. With less than a week out they either need the overseas sales, renewed interest, and a lot of FOMO in order to pull this off.

Citizen
The rancor keeper's never been able to save the rancor before. . .

Citizen
I can understand the teams reluctance to doing the Rancor Keeper as one of the tiers before. You look at all the previous stretch goals and it's easy mold reuse except for Luke supposedly since he's a new tooling. No matter what the Rancor Keeper is a new tooling, and not one that will pay off long term as he's one of the few fat guys in Star Wars. He's pretty much a one and done molding. Where as even if Luke doesn't share parts with anyone, it's still Luke. That specific tool is probably already slated for the 40th RotJ line inevitably coming on normal packaging. But it could also be reused on a Mandalorian card later, or many other reuses because it's a version of Luke and Luke will sell. Rancor Keeper is a one scene wonder. He's got one real good appearance and that's it. I feel if he was put out at retail you'd have the collectors snatch up the initial amount ,but the rest would shelf warm like crazy. The only potential reuse of the mold I could really see would be a pre-cgi New Hope Human Jabba from the Falcon scene that the Special Editions added in the CGI Hutt, and that's a big stretch.

But then again, This would be the ideal time to include him no matter what. The Collectors get the Rancor and Keeper in the same set makes all the sense in the world. Even if they never use the mold again, it's served it's purpose. They could always do a Jabba's Palace pack later if they wanted to get him out if demand picked up again and include other scenery characters along side a Boba Fett or something. It's not impossible to make him work for the line but it's obviously more than the team wanted to put effort into.

Heck the Sentinel and Galactus Haslabs make this look a tad silly. Both included figures outside of the main dude who had new tooling. Granted the Prime Sentinels are very basic retooling of a basic body mold with specific head tools, and the same could be said for the Frankie Raye Nova who is just a Female body sculpt with new add on pieces and head. Surfer is straight up reuse. But then you get Morg for Galactus who by the look of it is almost completely new tooling. And really who even knows who Morg is? He's a herald of Galactus and that's about all I know. I'm sure there are those in the know who do, but I don't imagine there were a lot of people yearning for the figure until they saw him and admittedly saw how cool he looks.

RK really doesn't even have the Coolness factor. He's basically there to be a Rancor Accessory to even begin with. Anyways I gotta head to work. There's my long winded thoughts for the day.

Citizen
Rancor did not fund. Missed it by a little under 500 backers

Confuzor said:
Rancor did not fund. Missed it by a little under 500 backers
Click to expand...

I would say that is a case of bad PR on Hasbro's part, they completely missed the mark with it, the late edition of the keeper to the teirs didn't help it and the sloppy paint job to boot, plus then there is the price tag, so all of the negative really weighed upon this, so its a case of try again Hasbro, its obvious that the people desgining this weren't really on the mark.

Citizen
Interesting. I did love “The Twins” for its insanity in animation, but these two are rather plain in their designs compared to others in the Visions shorts. he looks like RotJ Luke in a tank top rather than the tunic, and she takes the basic dark side look and puts a cute anime girl head on it. Neither really gets me wanting to buy them.

Now if we got the Sith Hunter from Ronin or Lop I’d be interested. Actually Lop would be a cute Nendoroid.

Citizen
remember when that "Jurassic Park" lawyer said they could charge a minimum $2000 a day for the dinosaur island & people would pay it but everyone just thought he was an idiot?

I'm not interested in these, but I'd buy figures of every single character from The Ninth Jedi.

I mean you got like 25 years of inflation too but yes pretty damn ridiculous.

That's infilation for ya! Besides, he likely hadn't factored in other costs, such as the boat ride to the island, marketing and he was likely making guesses as he is a lawyer, not a marketing person, they would likely be the ones who would of come up with the real price tag, of course, that would also cover the discount day!

Citizen
What genius thought that a twi'lek lounge singer should be the highlight of any Star Wars attraction?

Citizen
Well we were the fandom screaming No Oola no Moolah so.....

The Predaking said:
I doubt that they will let it fail.
Click to expand...

I never thought that was going to work. It was just too pricey and lacking any appeal to draw any but the high end fanbase. 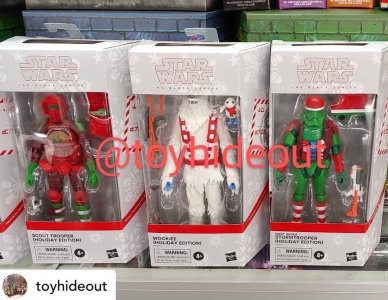