Staff member
Council of Elders
Citizen
"The ability to destroy a planet is insignificant next to the power of the Force."

Luke's incredible feat is just the film fulfilling its own spoken promise.

Citizen
Love to see it.

Citizen
Hot diggity damn! This is going to be the best birthday present I've gotten in a long time!

Citizen
Here's my totally unfounded theory - post-finale-stinger will have Emilia "Qi'ra" Clarke show up as the current boss of Crimson Dawn to take us to season 2 or maybe as the big bad for a Mando/Boba team up in Season 3.

Citizen
against darth maul. thats the only thing from solo i want to see followed up on

oh, and throw xizor in just for shits and giggles

Citizen
Maul's dead by this point in time.

Citizen
oh. i dont keep up with star wars much anymore so i didnt know

Citizen
As someone who never got the hype around a guy whose popularity was solely because he had a cool helmet, this series is just weird to me. Especially the whole "respect" angle from someone Darth Vader had to single out in regards to disintegrations.

Citizen
Well just think, now you have the chance to learn!

Citizen
Twin Engines of Destruction is most of why I like Boba Fett. Don't know how easy it is to find these days, though.

Dake said:
Maul's dead by this point in time.
Click to expand...

Since when has an obvious death ever kept a Sith lord down? Heck, Maul himself has been brought back once already by darkside force shenanigans.

Citizen
A reminder that the line "Somehow, Palpatine has returned." exists.

Citizen
Haha, too true. We should say he's officially re-dead as far as we know.

Citizen
All I know is Ming-na Wen is good for your health. 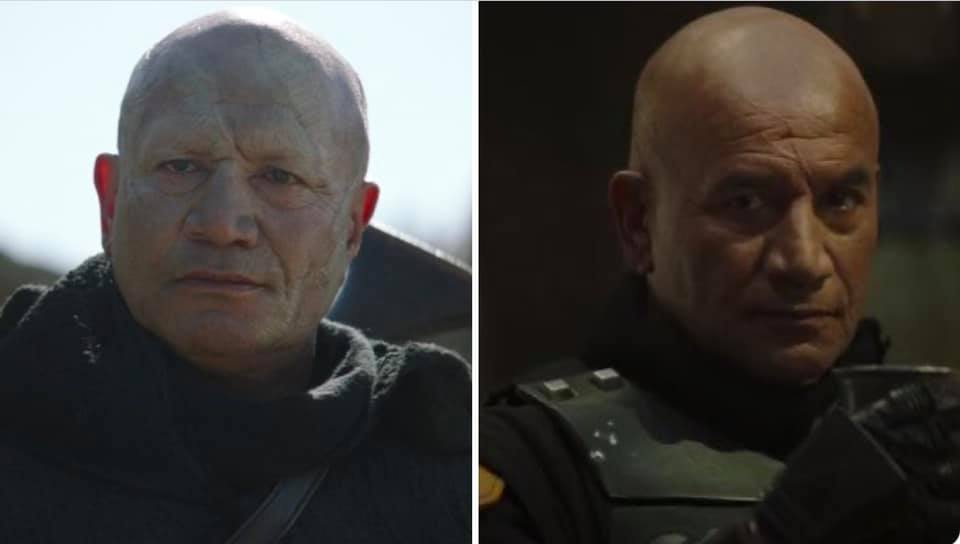 Citizen
I think it's actually that Tatooine is REALLY BAD for your health. It ages you like 25 years per each 10 you hang around there after adult hood.

Rust said:
As someone who never got the hype around a guy whose popularity was solely because he had a cool helmet,
Click to expand...

The Empire Strikes Back is a miserable pile of failure. Not as a movie, but in-universe. Almost nobody gets what they want in that movie.

Han and Leia don't end up together. Han fails to escape the price that's been hanging over his head the entire time we've known him. All his running has come to an end, in failure.

Luke fails to complete his training. His whole search for Yoda ends with him leaving early so he can go save his friends.

Luke fails to do absolutely anything to save his friends. They escape on their own and end up having to save him. It was all for nothing.

Vader fails to capture Luke. It was all for nothing.

Piett fails to impress senpai I mean Piett fails to prove himself as the new admiral. He only escapes getting choked out because Vader is too depressed to bother.

And then there's Boba Fett who just has a good day at work. He immediately tracks down the Falcon, hangs back while the authorities do their thing, gets paid, and makes an uneventful getaway. He's the only successful character in the entire movie. That's why Vader acts the way he does in Cloud City. He's in a very "I'm surrounded by idiots" mood for most of the movie, and after days/weeks/??? of chasing the Falcon with no success, it's refreshing to finally be around a professional who just does his job and makes it painless.

That's why Boba Fett is cool.

Dake said:
All I know is Ming-na Wen is good for your health.

In a world where Bacta Tanks exist why wouldn't you spend a couple nights in one once you've got a few bucks to your name?
L

Coglestop said:
Since when has an obvious death ever kept a Sith lord down? Heck, Maul himself has been brought back once already by darkside force shenanigans.
Click to expand...

And that's why Luke burned Vader's body.
U

Rust said:
As someone who never got the hype around a guy whose popularity was solely because he had a cool helmet, this series is just weird to me. Especially the whole "respect" angle from someone Darth Vader had to single out in regards to disintegrations.
Click to expand...

Fett is pretty much all rule of cool.

The "no disintegrations" line implies he is so hardcore, even Vader wants him to tone it down.

He stands up to Vader over money. You don't see a lot of people stand up to Vader, and especially not over something so trivial. On top of this when he does so, Vader doesn't threaten or dismiss him, he assures him.

While he's arsenal doesn't get a fantastic showing on screen in the OT. The expanded material of the time listing all his suits gizmos and weapons made him fascinating, and fun as an action figure. Jet pack, jet pack rocket, flip down range finder, wrist blades, wrist darts, wrist blasters, flame thrower, knee rockets, not spikes, and a grapple hook. As far as the original figure went you had to use your imagination for a lot of these, but didn't stop him from being fun.