Citizen
Hmm, surprised I didn't post anything. I finished the Fraser trilogy.

The Mummy:
Nice mix of adventure and comedy. The CGI had a mix of really nice and really dated, but it did the job. Overall it's a pretty fun movie and a decent remake.

The Mummy Returns:
This really didn't measure up to the first one. CGI and green screen really took a nosedive from the low bar of the first one. The Scorpion King was particularly bad. Didn't much care for the kid. It wasn't a terrible movie, but if I had a choice between this or the first one, I'll choose the first one every time.

Tomb of the Dragon Emperor:
I don't know if it was a long day at work or if it was just this boring, but I honestly fell asleep early on and only woke up in time for some actual dragon breathing fire on everything. I don't think I'm going to try watching it again any time soon. I really like Jet Li in most things I see him in, but moving the story to anywhere that's not Egypt just feels really off from what the series is usually about.

And with that, I'm feeling kinda burned out on Universal Monster Movies at this point. I may do some movie when it actually hits Halloween, but for now, I'm just trying to get through my reading of Frankenstein.

Citizen
I just finished watching Van Helsing just because I really meant to do it last year and didn't want to let another October go without having seen it. I haven't watched it in years.

It was okay for what it was...I popcorn action flick not meant to be taken too seriously. I do think it would have done well as a Castlevania movie, just turn Van Helsing into a Belmont.

Citizen
I signed up for a month of Peacock to watch a couple of new/recent movies, with mixed results.

Black Phone
I wanted to see this in the theater, but just couldn't get around to it. I wish I had, though, because it was awesome. I haven't read the short story it was based on, but was not in the least bit shocked to learn it was by Joe Hill, son of Stephen King. It had that kind of vibe to it, with great kid characters and wonderful tension. Ethan Hawke's serial killer performance was fantastic, and the fact that he did it all from behind a Tom-Savini-designed mask just made it all the more cooler.

And on the opposite end of the spectrum:

Halloween Ends
I was gobsmacked by this movie. It was baffling. Just baffling.

It's the 13th installment of a slasher franchise, so I don't care that it's not good. I'm not here for good, good is almost beside the point. I just can't wrap my head around the fact that this was how they chose to close their super-serious, back-to-basics, direct-followup-to-the-original trilogy. They could have sent Michael to space or to 'Tha Hood', and those would've been no less weird to me.

I will not elaborate, I want everyone else to have the same experience watching this as I did. "Are they going where I think they're going with this? Oh, no they're not. Wait, are they? No, no they're not. Okay, okay, now I got it, I definitely know how this is going to end. Oh, wait, now it can't end that way. Hold on, are they going back to the original thing I thought they were doing? No, they're not."

Citizen
I've finished the 1818 version of Frankenstein. I have no desire to try and read the 1831 version if only because I'm sure they'd be similar enough to be mind numbing.

Still, it was a good read while it lasted. Victor really irritated me with his egocentric view on things. But it really came together at the end.

They should definitely make a movie of this some time.

Citizen
It just occurred to me that last year when I was reading Dracula and Carmilla, I posted pictures of the books I owned (except for the kindle versions I actually read from, but that's beside the point). So in that spirit, here are pictures of the Frankenstein books I own. 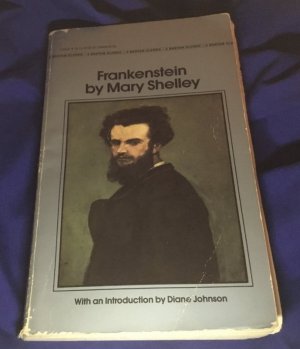 This is the Bantam Publishing book I had to read for high school or maybe middle school...it's been too long to remember. It's the 1831 version. It's definitely seen better days. 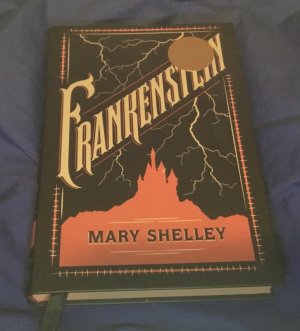 This is the Barns & Noble print. It's never been read except for what little I read to confirm it's also the 1831 version. I mostly bought it to look pretty on the shelf. 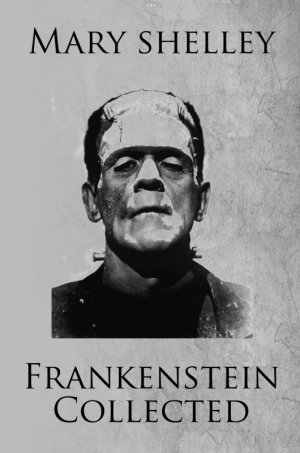 while I usually don't bother to picture Kindle versions of books I own, I wanted to share this one. It's only a dollar on Kindle and it has both version. This is what I read the 1818 version from. Both versions for a dollar, it's really worth it.

Citizen
This is a general Halloween thread, right?

Had an early Halloween party and trick or treat at a place and I hosted as a Jedi with a red saber, haha 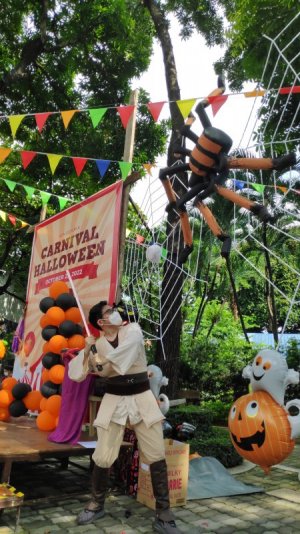 Also saw Halloween Ends the other day and it was sooo weird to me. Should have stuck with just the Halloween Returns with the burning basement ending. I thought Halloween Kills was, like, almost useless filler.

Citizen
I watched the Rob Zombie "Munsters" movie. I hadn't heard anything about it before tonight. I figured "hey, it's on Netflix. It's not like it'll cost me anything."

Oh, it cost me plenty. That is a slice of my limited time on earth (of which I have less ahead than behind) that I will never get back. I mean, it's a comedy, right? It's supposed to be funnt, right? Because the whole time I was waiting for a joke or some funny situation to occur and it never did.

Well, at least I finally got 100% map completion on Dawn of Sorrow...which has nothing to do with anything except that by the last half hour or so of the movie, Dawn of Sorrow is what I turned to in order to lessen the pain.

Citizen
I don't usually go in for Four Horseman stuff, but this Headless Horseman hit at just the right time to make him an irresistible impulse buy for me. I've handled better-constructed toys, to be honest, but this thing is still cool as hell. 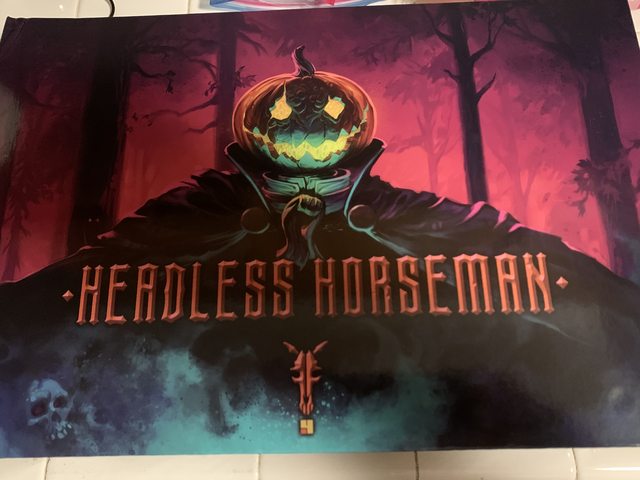 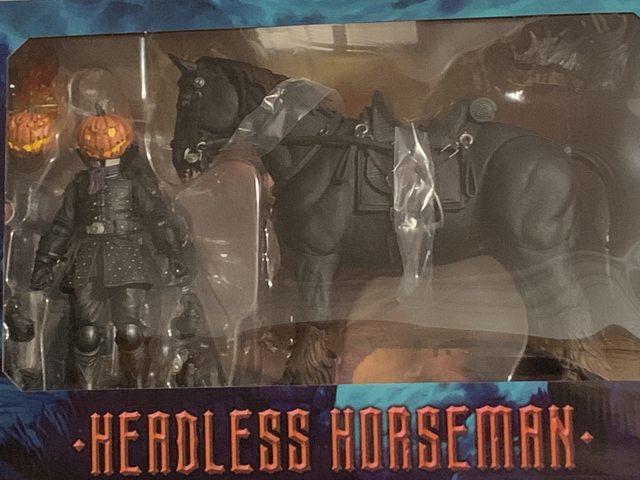 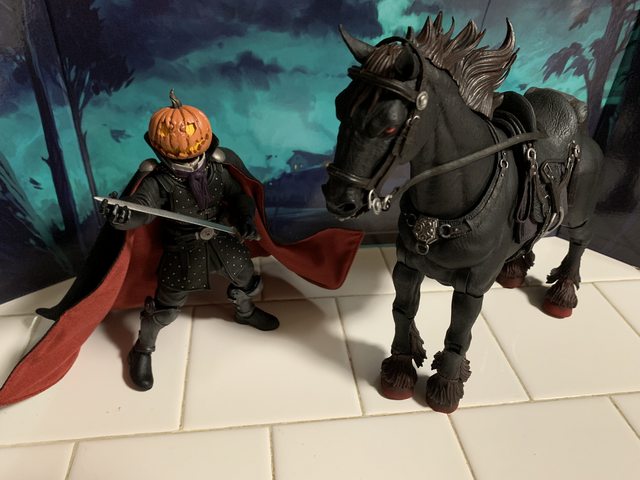 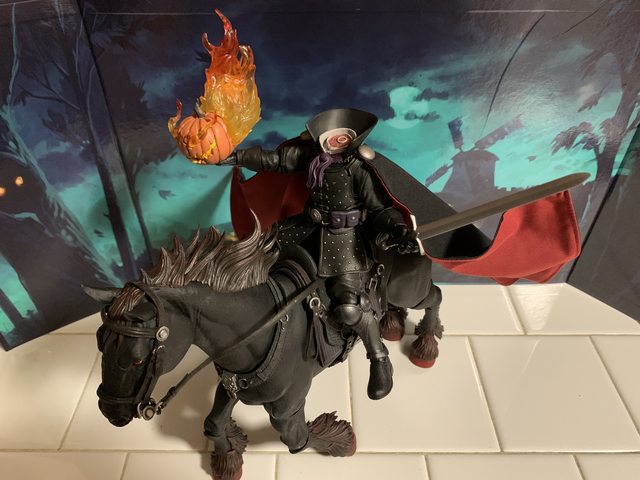 Citizen
I like the lore of the headless horseman. The Real Ghostbusters cartoon did a really good episode of it once.

But the actual book of Legend of Sleepy Hollow was such a slog to get through...and it's a short story! The whole time I was like "you only have # pages to go," but it was so freaking tedious!

It was the ultimate in tell don't show to the point where there wasn't even any dialog, just a narrator telling you the gist of what was said and how the characters felt.

I really wanted to like it, because like I said, I absolutely love the lore. But the book itself was just so tedious. And the Disney adaptation was not any better.

Citizen
Yeah, I think the Horseman was one good Lee/Cushing Hammer joint away from being regarded as one of the top-tier monsters. As it is, everyone's heard of him, but I don't think he's near the top of anyone's list of favorites. 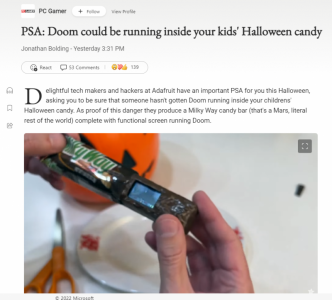 My favorite one of these that I've seen: 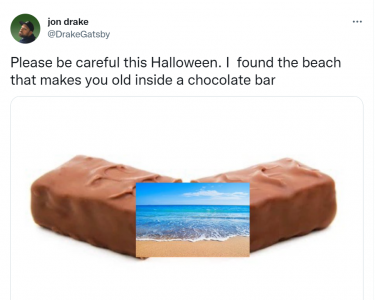 It's the rare movie I went into knowing absolutely nothing about it. I never saw a trailer, and I only became aware of it through the fortunate happenstance of everyone online praising it and at the same time not spoiling it. And I think my experience was greatly enhanced by that, so I'll pay it forward and not reveal any details. Just watch it, it's really good.

Jeez, between this, "Barbarian", "Black Phone", and "Nope", this has really been a good year for me for original horror movies.

Watched the Crow and read the extended version of the comic book.

Played a bunch of Castlevania


All and all, it's been a full October. Though there's still a couple days before Halloween. I may just have to watch Bram Stokers Dracula. 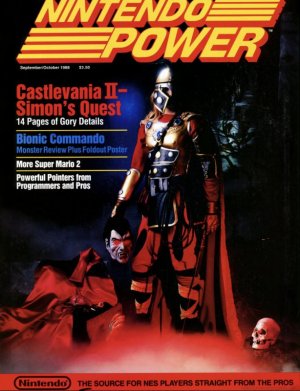 They got so many phone calls! 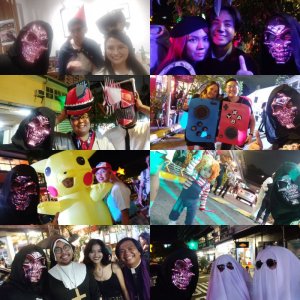 I went to an early Halloween street party and I couldn't believe a couple (?) dressed up as Wirt and Greg from Over the Garden Wall! And another went as PJ's hippie girlfriend and the bully Uppercrust from A Goofy Movie 2!

I was the Pink Skeleton, hehe

Citizen
This is odd...