We have a newsletter from BigBadToyStore. Preorders are open for last week’s Studio Series 86 reveals, and Generations Selects Artfire! 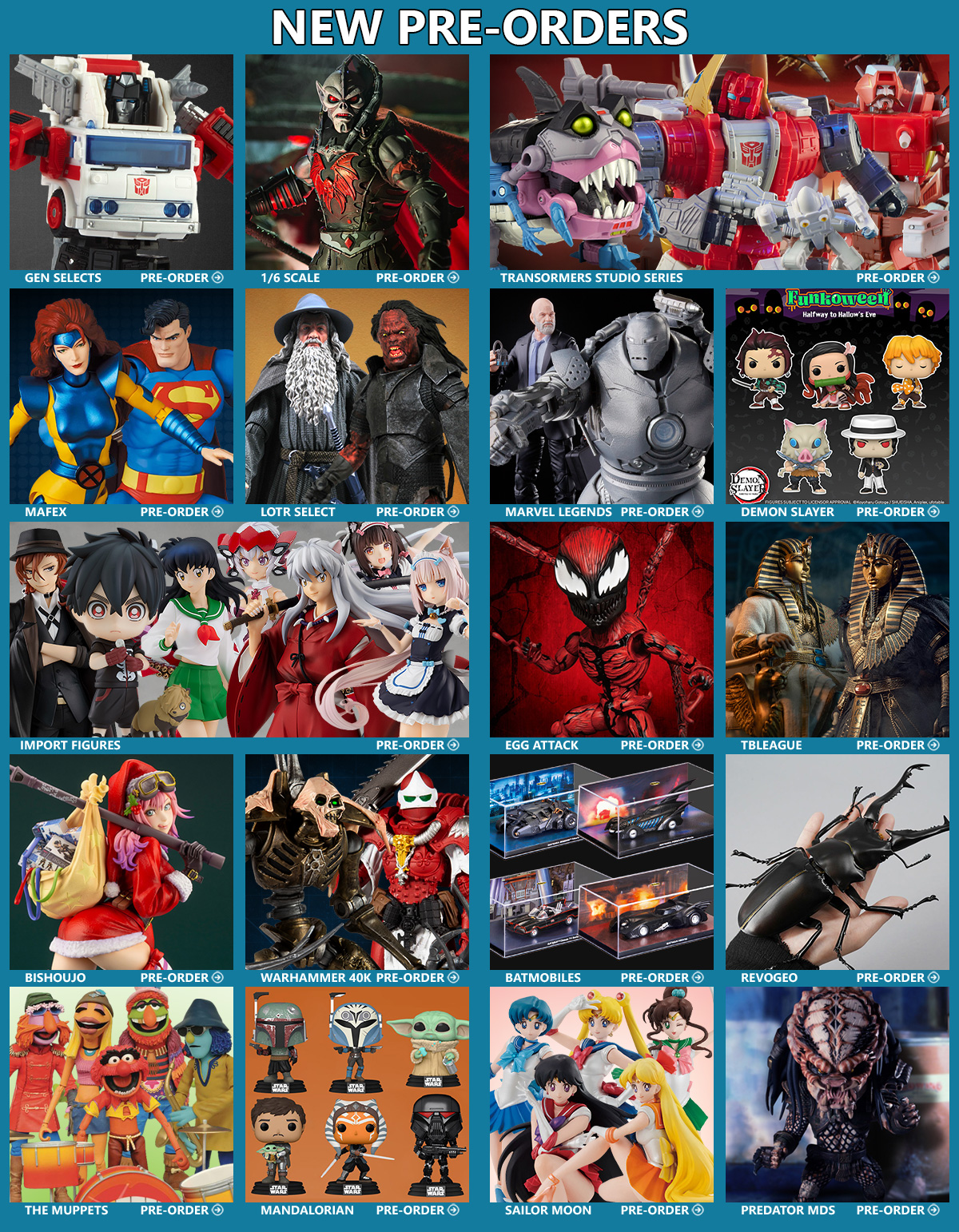 This Artfire figure is inspired by the original 1987 Targetmaster figure and comes with his Targetmaster partner, Nightstick, like in the original release. After many years, Hordak has finally arrived in Mondo’s Masters of the Universe 1:6 Scale figure line. Featuring an awesome updated looked to his amor and weapons, this figure is covered in rich detail. Obadiah Stane suits up as the powerful Iron Monger to threaten Iron Man. After a long stint as second-in-command of Stark Industries, Stane is eager to exact revenge on Tony Stark and your Marvel Legends collection! Three new Studio Series figures have been revealed with Gnaw, Wreck-Gar and Dinobot Slug! Next in their line of Egyptian-themed figures, TBLeague brings the pharaoh Tutankhamun to life! From the popular anime series Inuyasha: The Final Act comes a Pop Up Parade figure of Inuyasha! This figure features Inuyasha in a standing pose carrying Tessaiga on his shoulder. Asmus Toys is excited to bring you Arwen! This figure features an authentic, realistic and fully detailed likeness of Arwen from The Lord of the Rings: The Return of the King. 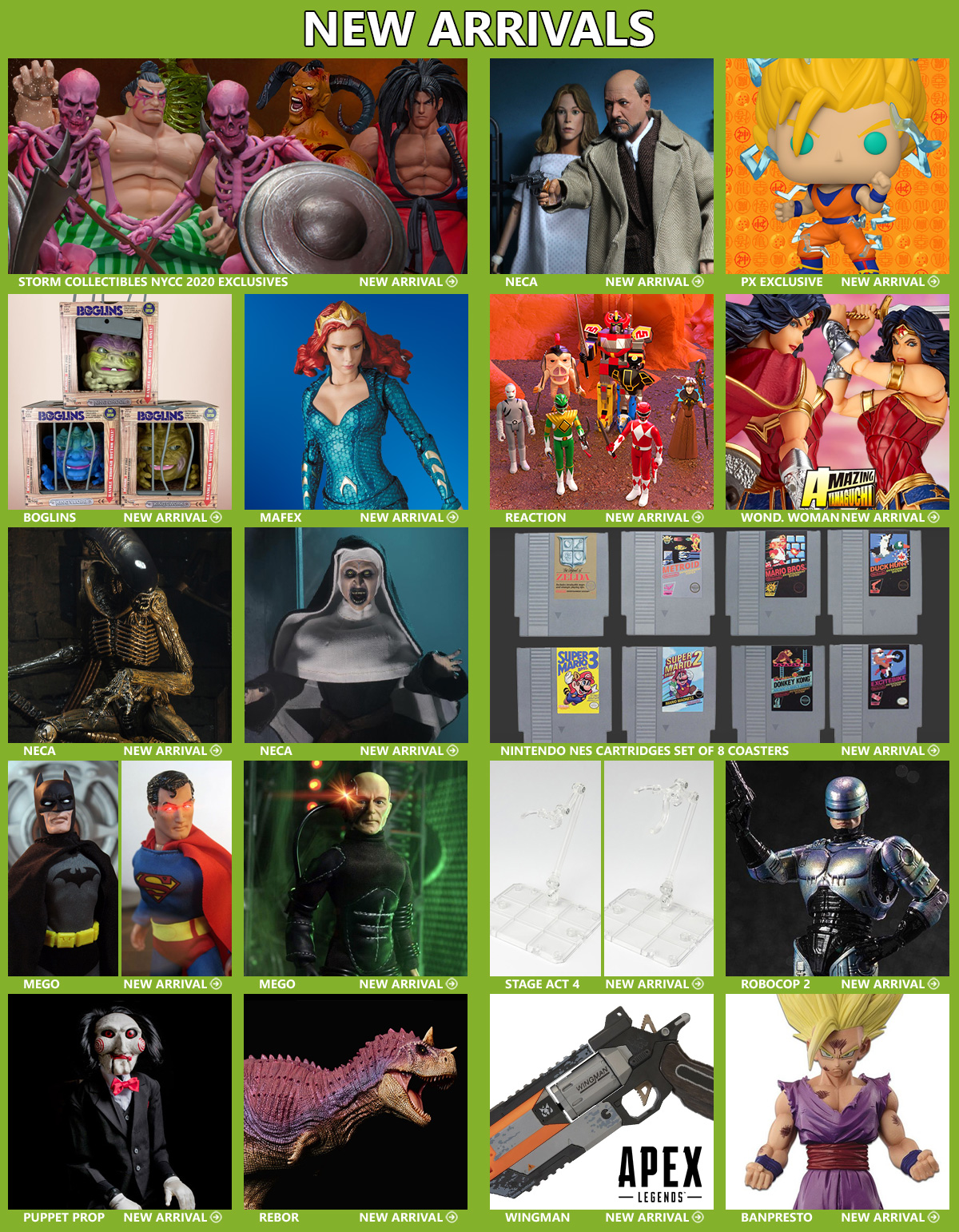 Storm Collectibles’ NYCC exclusives from 2020 are here with Mortal Kombat’s Motaro, Golden Axe’s Skeleton Soldiers, Street Fighter V’s E. Honda, and Samurai Shodown’s Haohmaru. The first form of Frieza and his pod, as envisioned by creator Akira Toriyama, come to life in S.H.Figuarts. Standing a powerful 110mm tall, the figure features all of the poseability fans have come to expect from S.H.Figuarts. A detachable Scouter and Supernova effects let you re-create your favorite scenes. And Frieza’s pod, a toy-series first, is rendered in accurate detail. Boglins are back in their original size and cages, but they have evolved! Super Saiyan 2 Goku has powered up the Pop! series with a PX Previews exclusive and is now in stock! Protect your surfaces with these retro NES cartridge-themed coasters! These coasters are in the shape of NES cartridges with double-sided art featuring 8 classic Nintendo games: Super Mario Bros., Super Mario Bros. 2, Super Mario Bros. 3, Duck Hunt, Donkey Kong, Excitebike, The Legend of Zelda, and of course Metroid! Wonder Woman, one of the mightiest heroes in the DC Universe, joins the Amazing Yamaguchi action figure lineup by Kaiyodo.