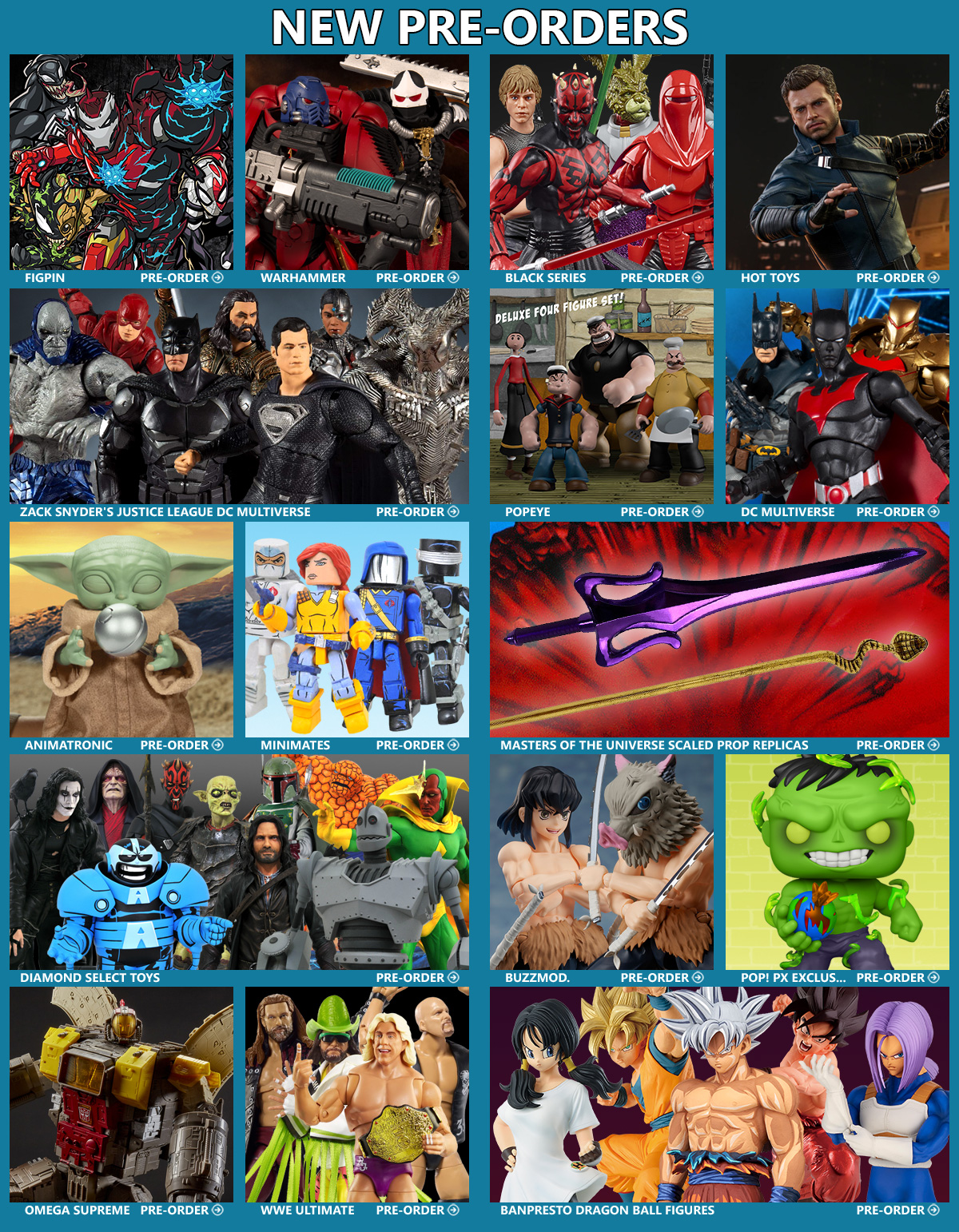 ————–
NEW PRE-ORDERS
————–
McFarlane has brought out 4 new Warhammer 40k figures with the Ultramarine Primaris Hellblaster and Adepta Sororitas Battle Sister in regular and artist proof versions. The Spider-Man: Maximum Venom Venomized Iron Man FiGPiN is a BigBadToyStore exclusive! Beloved by many fans, Waldo made his debut in a children’s puzzle book called “Where’s Wally?” in 1987 (known as “Where’s Waldo?” in the US). Blitzway has taken the character from the book and brought him into the real world. With a galaxy of features, including adorable sounds, fun animated motions, and interactive accessories, this Grogu animatronic toy is ready for action and adventure! Darth Maul, Jaxxon Rabbit, Kir Kanos and Luke Skywalker have joined Star Wars: The Black Series with their comic versions. The DC Multiverse has exploded with new figures from Zack Snyder’s Justice League, Batman Beyond and more! Aniplex+ presents the Inosuke Hashibira 1/12 scale [BUZZ mod.] action figure from the hit TV anime Demon Slayer: Kimetsu no Yaiba! From the 5 Points series by Mezco, Popeye Classic Comic Strip box set contains Popeye, Olive Oyl, Bluto, Rough House and a Rough House’s Cafe playset. 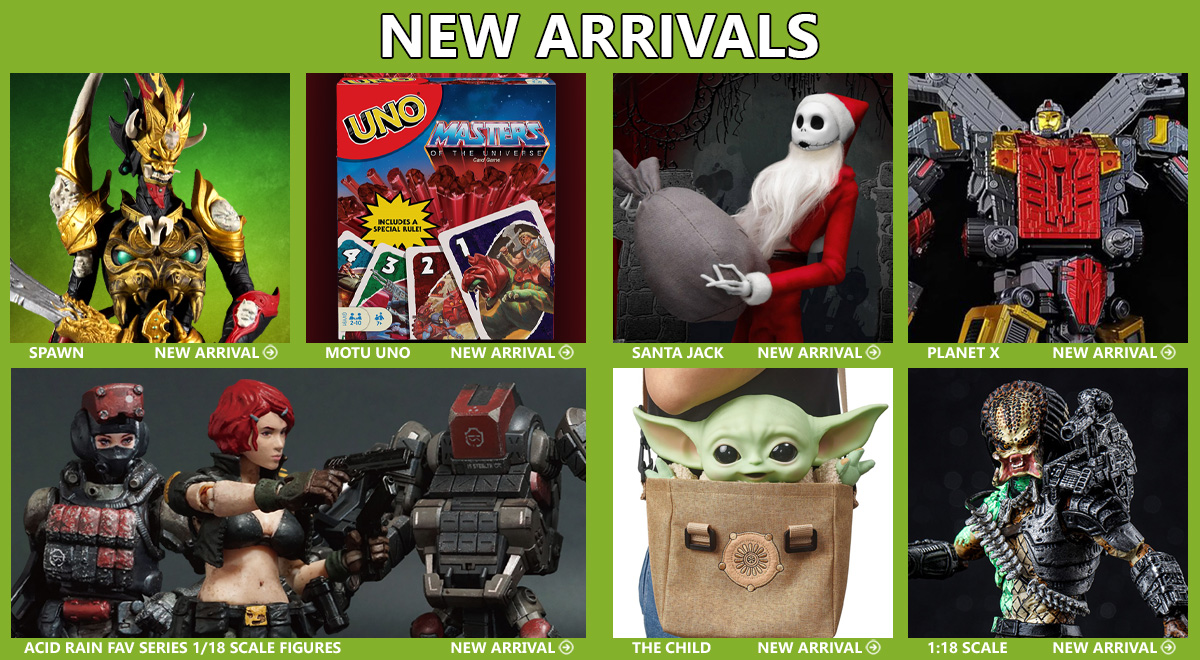 ————
NEW ARRIVALS
————
Mandarin Spawn is here and ready to gain his revenge. As guardian of the Planet X core, Genesis’s weapons are as mighty as his ancient wisdom. His Space Cruiser mode serves as a large army transport and provides prompt counterstike! The UNO matching card game everyone loves blasts its way into the Masters of the Universe world of Eternia! Retro graphics from the series on every card make this unique pack a collectible for fans. The world of Acid Rain, modern military figures and vehicles in 1/18 scale, expands with the addition of the Selene Raider, Agent Jessie and the Revenant Laurel LA6e!
Comments