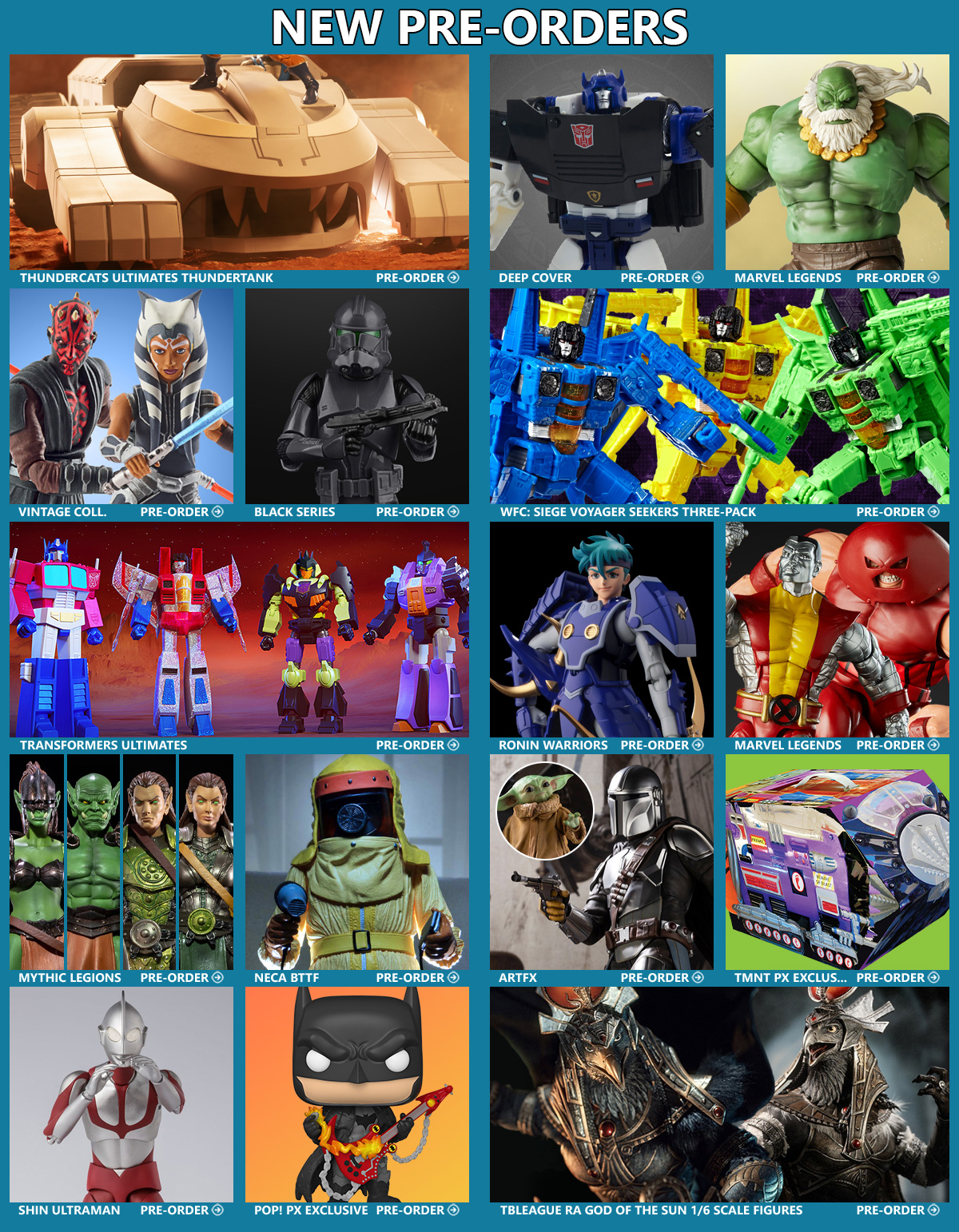 ————–
NEW PRE-ORDERS
————–
From the Super7 Ultimates line comes the Thundertank from the classic ThunderCats animated series! Build the ultimate Transformers battlefield with the Siege Voyager Seekers! After the formation of the Galactic Empire, a small group of highly skilled enlisted recruits, Elite Squad Troopers, is tasked with neutralizing anti-Imperial insurgents throughout the galaxy. Driven insane by excess radiation, the Maestro wields Bruce Banner’s intelligence and the Hulk’s strength to rule a dystopian realm of the future. Now Maestro is part of the Marvel Legends Series. Ahsoka Tano and Darth Maul join Star Wars: The Vintage Collection with 3.75 inch scale figures. From the tokusatsu film, Shin Ultraman comes an S.H.Figuarts of Ultraman! Transformers have joined Super7’s Ultimates figure line. 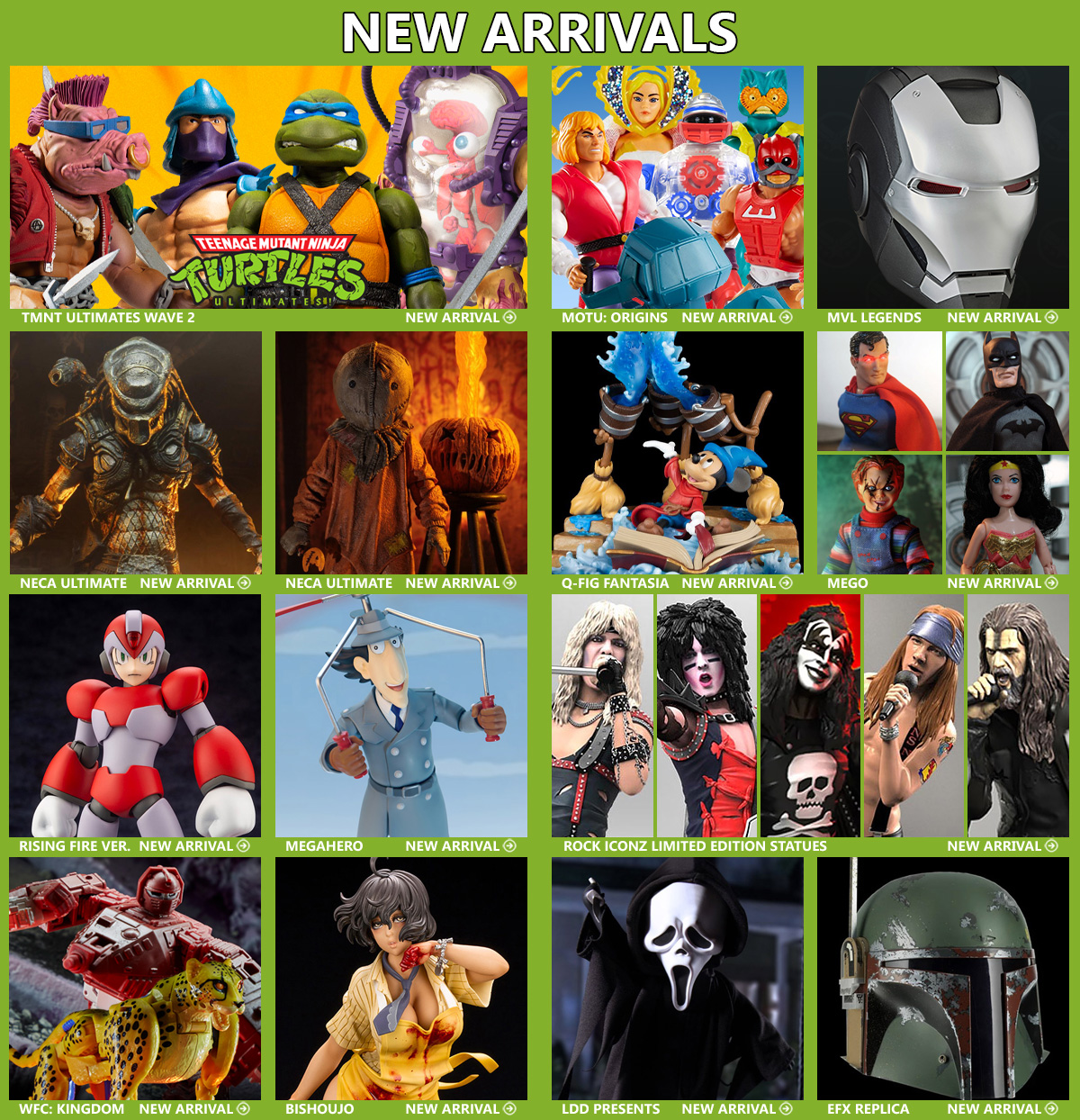 ————
NEW ARRIVALS
————
Inspired by the Marvel Universe, this Marvel Legends Series War Machine 1:1 full-scale premium helmet is highly detailed and features electronic lights and sounds. With Wave 2 of the Ultimates Teenage Mutant Ninja Turtles from Super7, you can relive the fun and excitement of the classic Teenage Mutant Ninja Turtle action figures. Masters of the Universe: Origins wave 3 is here! In 1940, Mickey Mouse made his feature-length film debut in the now classic Disney animated film Fantasia. In honor of the movie’s 80th anniversary, QMx is bringing you the ultimate expression of Fantasia’s magic – the Sorcerer Mickey Q-Fig Max Elite. The all-stars of the DC Universe have joined the Mego style figure lineup. Inspector Gadget from the Megahero series has arrived! From the 1994 comedy Ace Ventura: Pet Detective, this clothed action figure of Ace is based on the Shady Acres sequence to investigate the mysterious Ray Finkle.
Comments