Like most exclusives this past year, this set was hard for a lot of people to find this year. If you missed out on it, relax, as BBTS is getting the set too! Read on for links!

A former Target exclusive, it was reported recently to be available on Entertainment Earth, but it seems that Site Sponsor Big Bad Toy Store will also be selling these Seekers! Click the picture below for the pre-order page or click here! 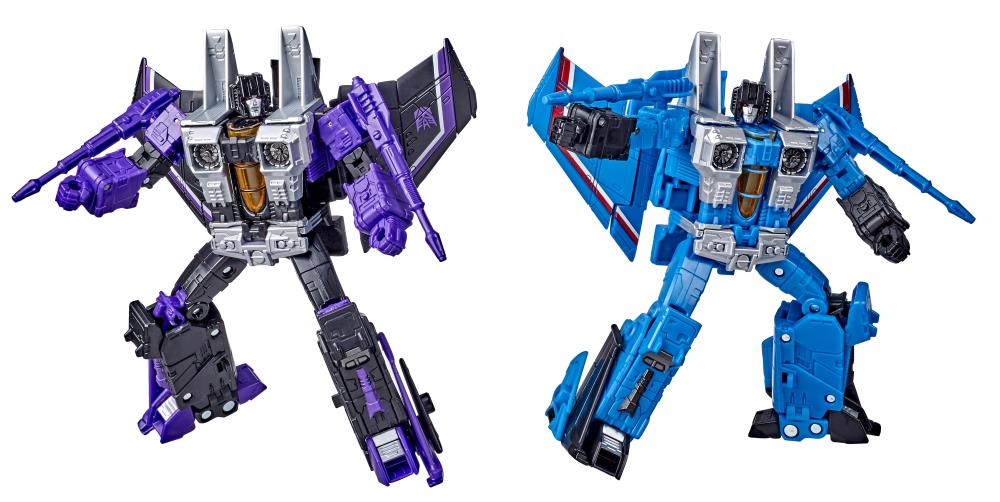 Build the Battlefield Beyond — The siege is over, but the War for Cybertron has just begun. The Autobots and Decepticons have left Cybertron, but their battle rages on as they speed through space in pursuit of the Allspark. Now, fighters must instantly adapt to battle anywhere in the cosmos. With the highly advanced A.I.R. (Adaptable Interconnection Retrofitter) Locks system, the fighters don’t head to the battlefield — they become it. Bots capable of converting into Modular Battle Stations can A.I.R.-Lock together in custom configurations to fit the needs of battle.
Earthrise collectible figures allows fans to build out epic space battle scenes, featuring figures that can convert into Modular Battle Station modes and connect together to expand the battlefield (each sold separately, subject to availability).

You can discuss this news in our forum thread! Want to interact with more Transformers fans? Be sure to check out our forums or you can join our discord by clicking on this invite link: https://discord.gg/ZnUQxya You can also follow us on Twitter via @AllsparkNews or join our Facebook group!