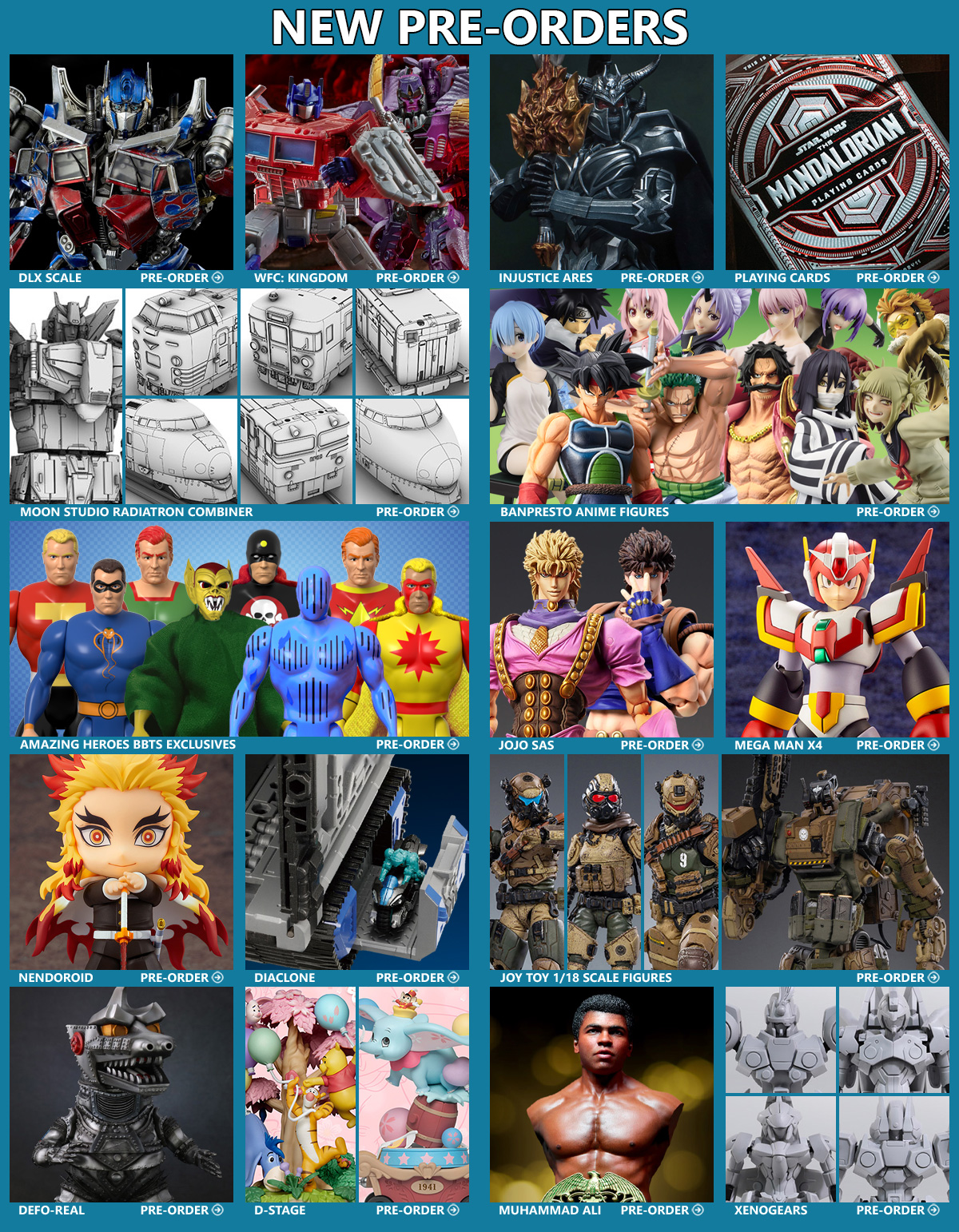 ————–
NEW PRE-ORDERS
————–
Hasbro and threezero are thrilled to present you Optimus Prime from the Transformers: Revenge of the Fallen film as the next figure in the Transformers DLX Collectible Figure Series! From Moon Studios comes a series of robot figures which transform from robots into different types of trains. Collect transforming figures MSO1 through MSO6 and you can combine them to form Radiatron! The next figure from Injustice: Gods Among Us by Storm Collectibles is Ares! Joy Toy’s modern military vehicle series continues with the 09st Legion FEAR (Assault) Mech! Tons of new Banpresto figures are now available from your favorite animes. From Fresh Monkey Fiction comes the newest wave of Amazing Heroes. Wave 6 includes Atoman, Vulcan, Black Fury, Black Cobra, Lash Lightning, The Claw, Captain Tootsie, and The Blue Flame! Mechagodzilla from the Terror of Mechagodzilla (1975) thunders its way into the Deforeal series line-up! From Mega Man X4, the protagonist appears wearing the full Force Armor and joins Kotobukiya’s plastic model lineup with a new red coloring in this Force Armor Rising Fire version. 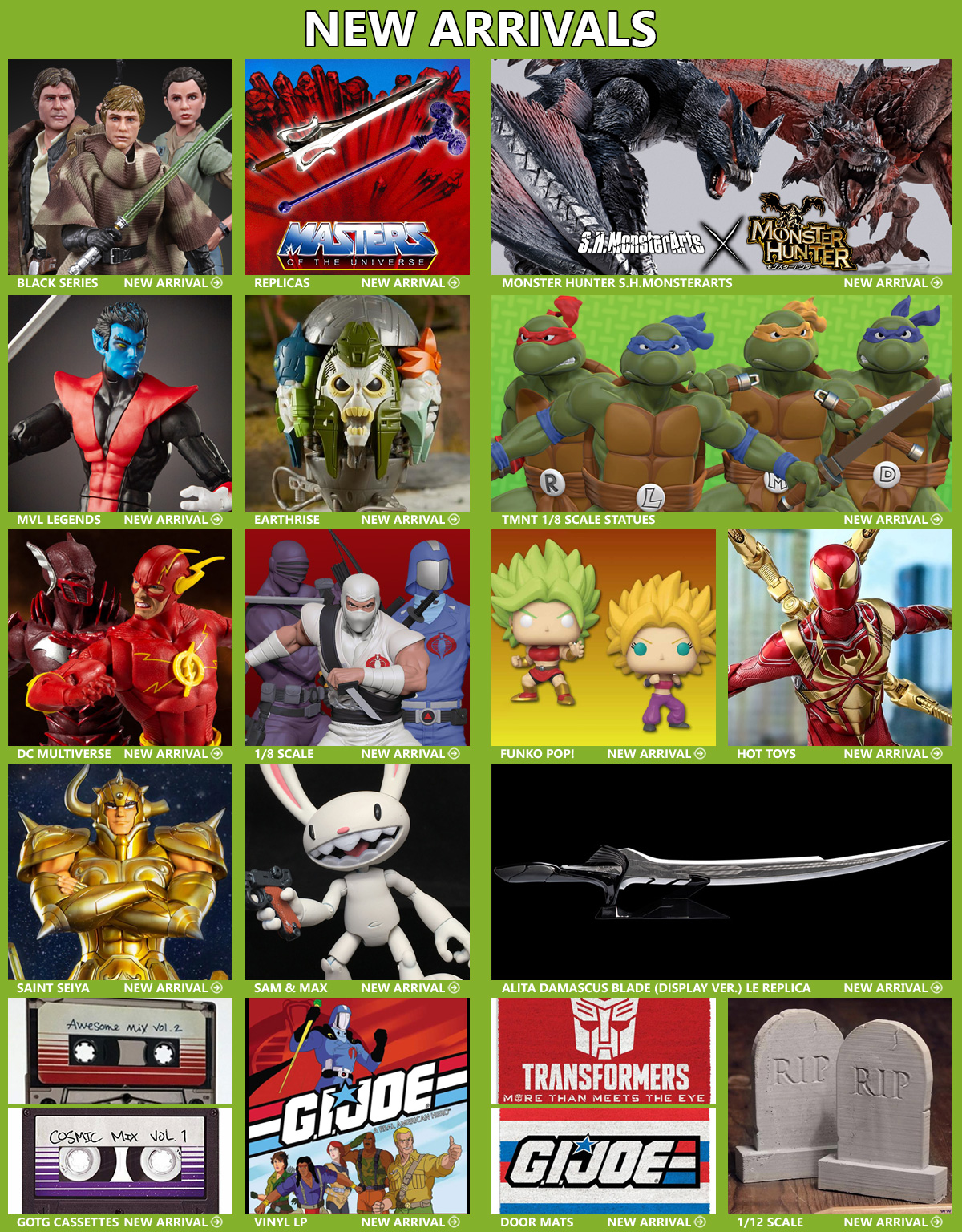