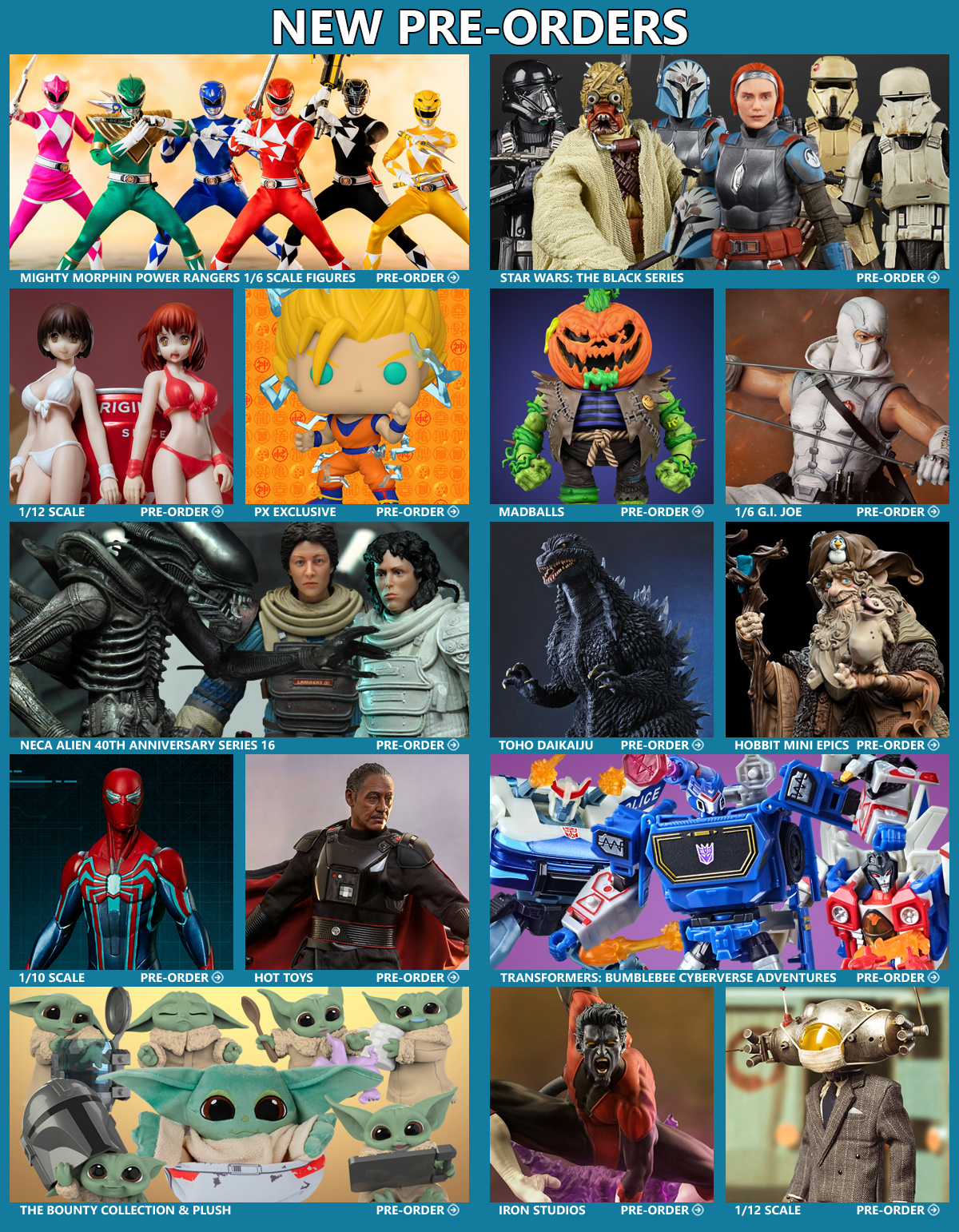 ————–
NEW PRE-ORDERS
————–
Based on the Mighty Morphin Power Rangers, Threezero and Hasbro join forces to create a series of 1/6th scale articulated figures based on the classic original series. A gifted warrior, Bo-Katan Kryze is a legendary Mandalorian. She refused to align with the Empire’s occupation of Mandalore. The 6-inch scale Black Series figure is detailed to look like the Bo-Katan Kryze character from The Mandalorian, featuring premium detail and multiple points of articulation. Standing 12 inches tall, the 1/6 Storm Shadow collectible figure features Threezero’s standard fully-articulated body with fabric hand-tailored costuming with a high attention to detail. TBleague brings two new 1/12 scale female bodies for action figure customization. This next Alien wave includes Ripley and Lambert in their compression suits and a Xenomorph styled by the incredible artist Giger and his original concept artwork—all with various upgrades and improvements. Each figure will come packaged in a 40th Anniversary Kenner-inspired window box to commemorate the occasion. 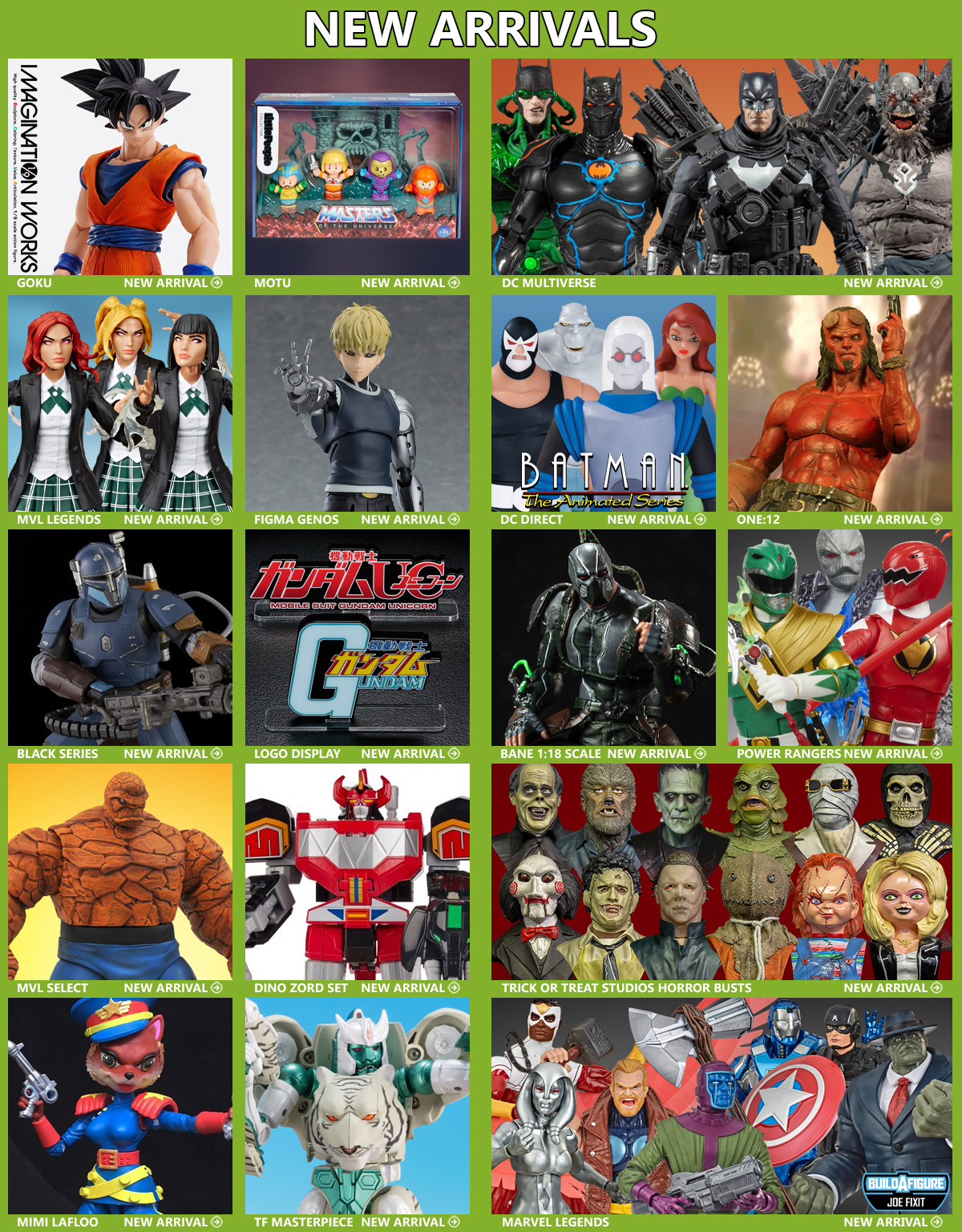 ————
NEW ARRIVALS
————
Dark Multiverse DC Multiverse Wave 3 is here with The Dawnbreaker, The Devastator, The Grim Knight and The Murder Machine. Protect planet Eternia and defend the secrets of Castle Grayskull with this special edition Little People Masters of the Universe collectable figure set from Fisher-Price! Psychically linked mutants, the Cuckoo sisters are powerful clones of the telepath Emma Frost. The high quality, realistic, 6-inch X-Men Marvel Legend Stepford Cuckoos action figure features multiple points of articulation and is a great addition to any action figure collection. Tamashii Nations brings you to a new pinnacle of posable action figures: Imagination Works! The first release is Son Goku from Dragon Ball Z. Designed to bring this 2D character to ultra-realistic 3D life, it was created in 1/9 scale, which is larger than the standard 1/12, to capture accurate sculpting, exquisite detail, and the ultimate in visual appearance. Genos, the S-class hero known as Demon Cyborg and disciple of Saitama from the anime series One-Punch Man is here as a figma figure! The Power Loader from Aliens: Colonial Marines is on sale with 60% off! It’s clobberin’ time! The Thing returns to the Marvel Select line, in one of the most hotly demanded re-releases the line has seen!
Comments