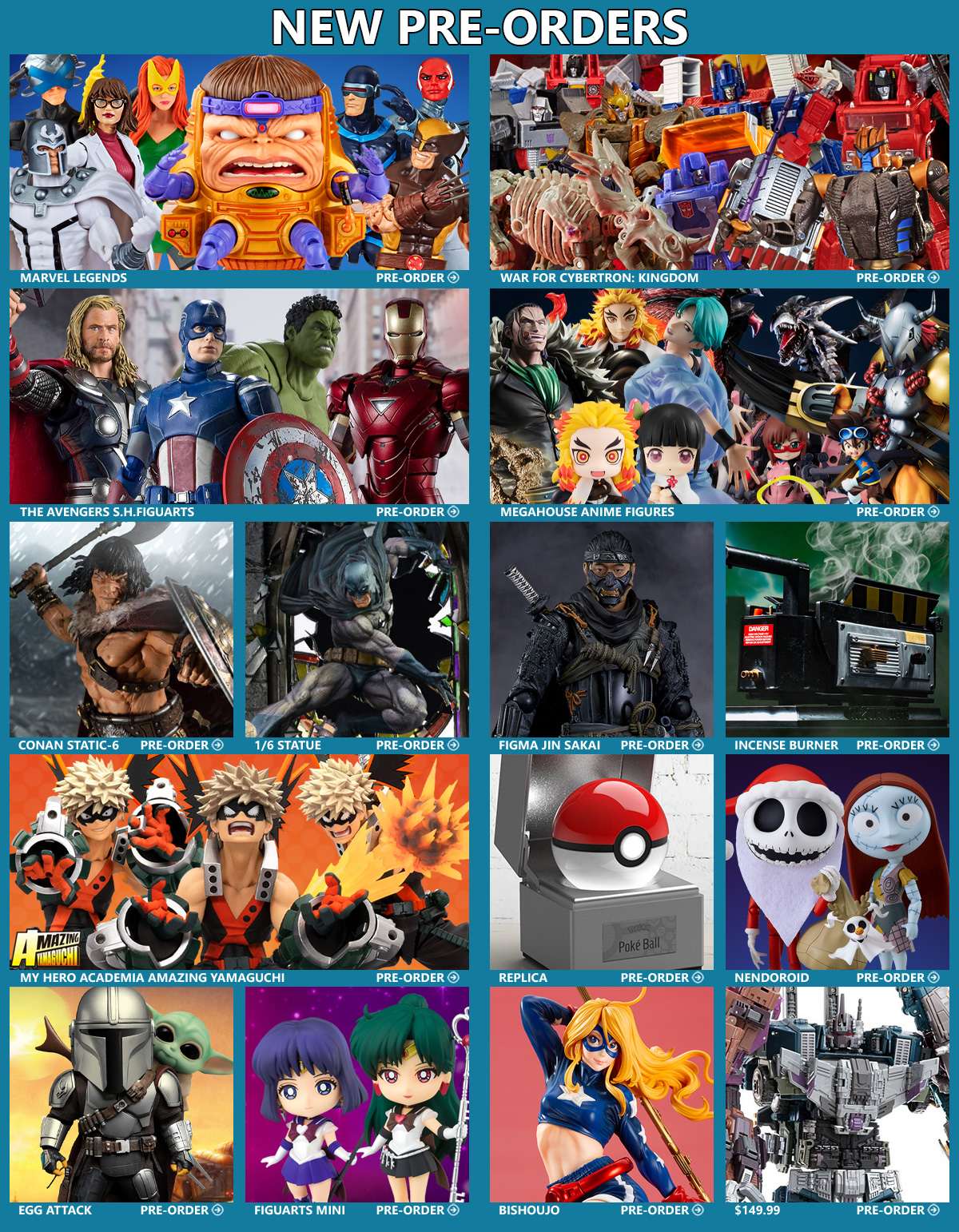 ————–
NEW PRE-ORDERS
————–
MODOK has joined the Marvel Legends line along with wave 6 of X-Men featuring Wolverine, Magneto, Professor X, Moira MacTaggert, Jean Grey, Omega Sentinel and Cyclops. The next batch of War for Cybertron: Kingdom figures have been revealed! Kotobukiya’s Bishoujo line continues with DC’s Stargirl. Third party fans can pre-order Warbotron at $149.99! Pokemon fans be sure to grab the new Poke Ball replica which features a colored surface that is sensitive to touch and proximity. The Avengers from the 2012 film are getting new S.H.Figuarts figures. The third Amazing Yamaguchi My Hero Academia figure is Katsuki Bakugo! Mezco has a new statue line and is starting with Conan! The Mezco’s Static Six: Conan The Cimmerian statue is based on Robert E. Howard’s legendary character. 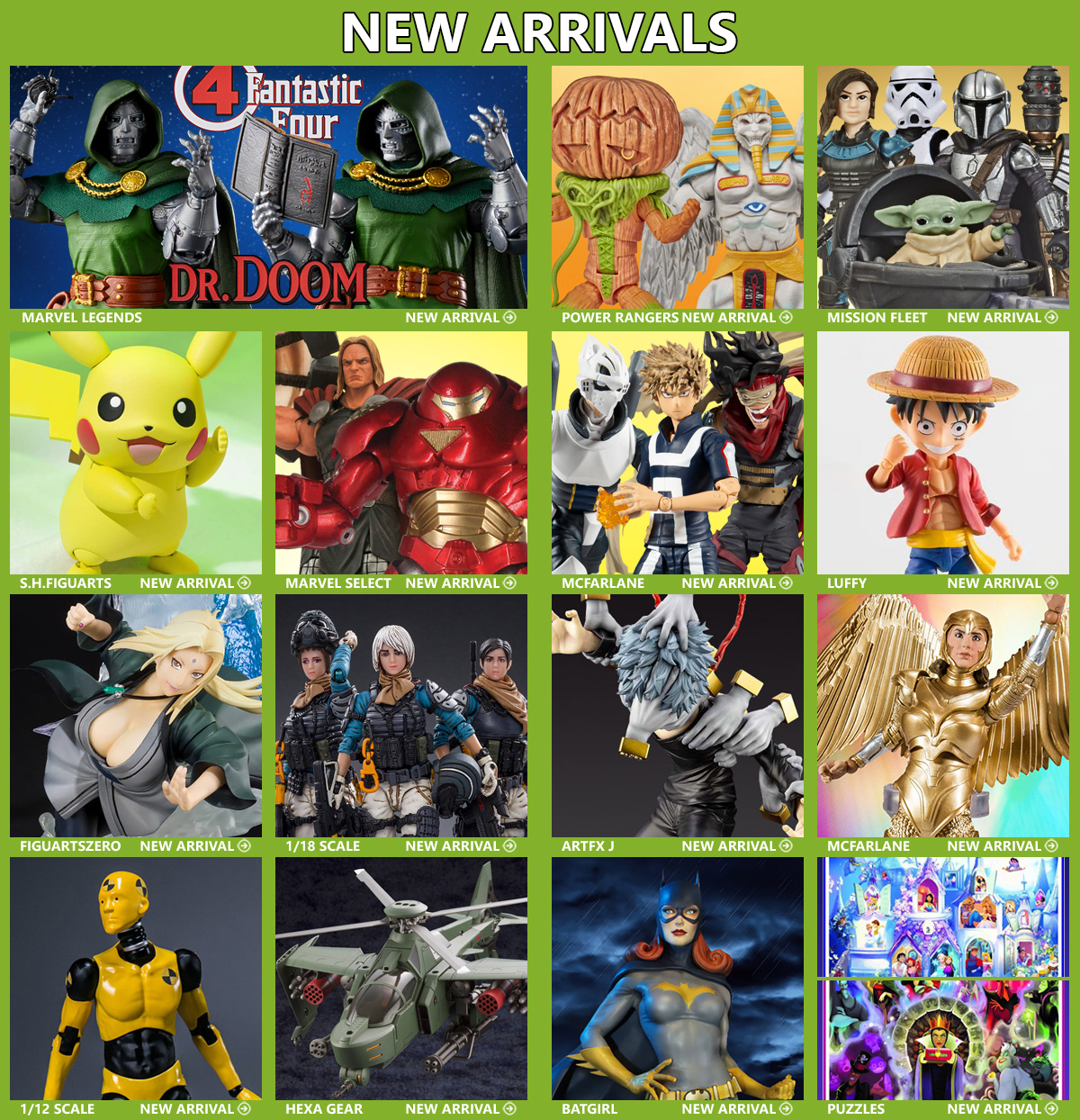 ————
NEW ARRIVALS
————
Doctor Doom has arrived from the Marvel Vintage Collection! MMPR Lightning Collection Pumpkin Rapper and King Sphinx are back in stock once again. If you’re feeling bored, be sure to check out the nearly 100 puzzles we have in stock. Batgirl is here in 1/6 scale, sculpted on a Gotham City roof themed base with batlike gargoyle heads. Marvel Select collectors can now pick up Hulkbuster and Mighty Thor! If you have a 1/12 scale car to test, be sure to grab the TestMan 1/12 scale figure. Monkey D. Luffy is back in stock from the Fever Toys line with a huge discount!
Comments