We have a fresh newsletter in from site sponsor BigBadToyStore! Read on to see all the new pre-orders and arrivals! 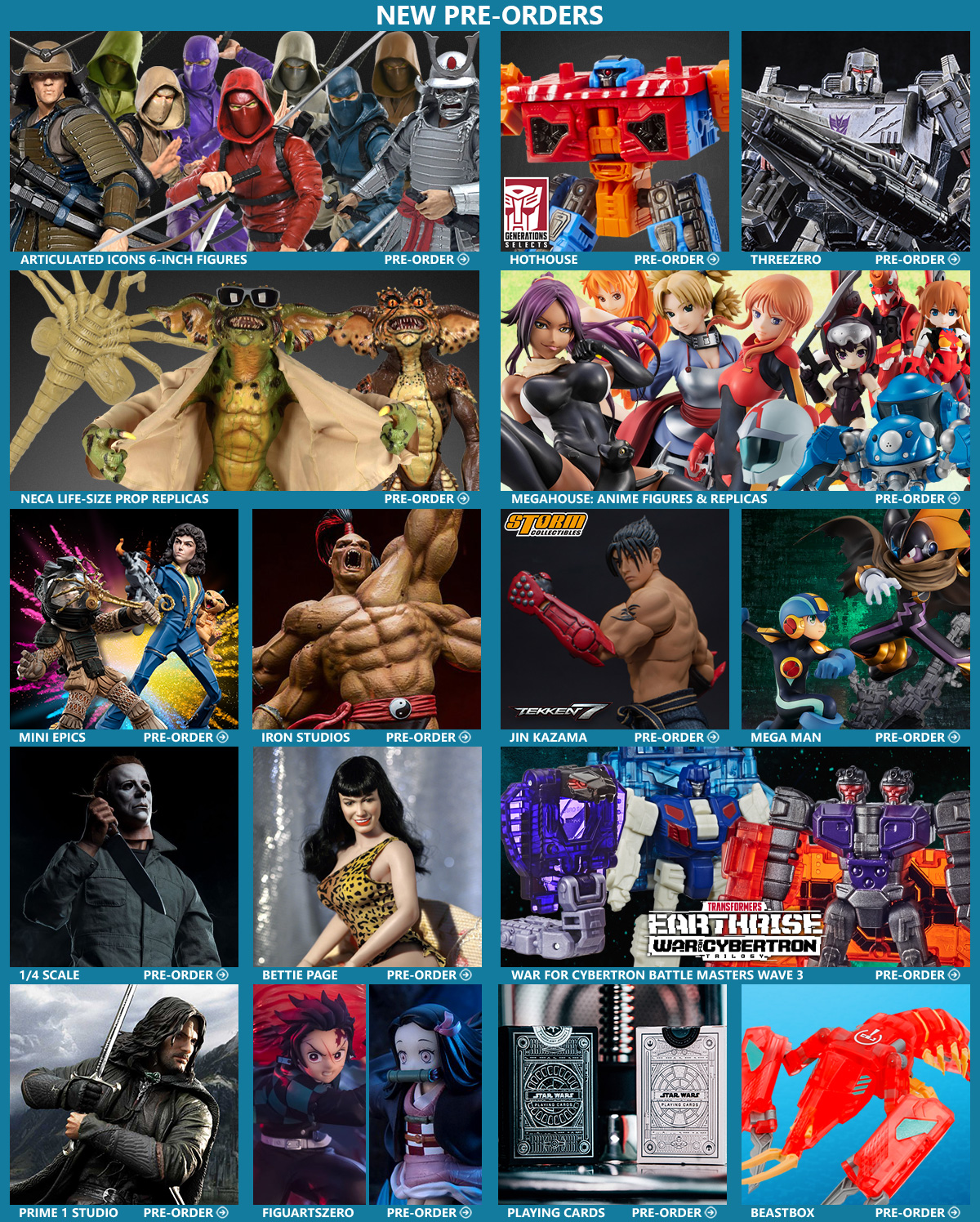 ————–
NEW PRE-ORDERS
————–
A bunch of new 6 inch figures from Articulated Icons are up featuring ninjas and samurai. We’ve got a sale for MakeToys and FansProject items. The next Transformers Generations Selects figure is Hothouse! Threezero is bringing an incredible Megatron figure from their DLX Scale Collectible Series. MegaHouse has tons of new anime figure pre-orders from series such as Bleach, Mobile Suit Gundam, Naruto, One Piece, Ghost in the Shell and Evangelion. Storm Collectible’s next 1/12 scale Tekken figure is Jin Kazama. Two new Mini Epics figures are up form Alien with Ripley and the Facehugger. Four new Jaws collectibles are now available with a statue, bottle opener, tin tote and towel. Michael Myers is as scary as ever with the new 1/4 scale statue by PCS Collectibles. Bettie Page is back with a new 1/6 scale figure and 3/4 scale bust. 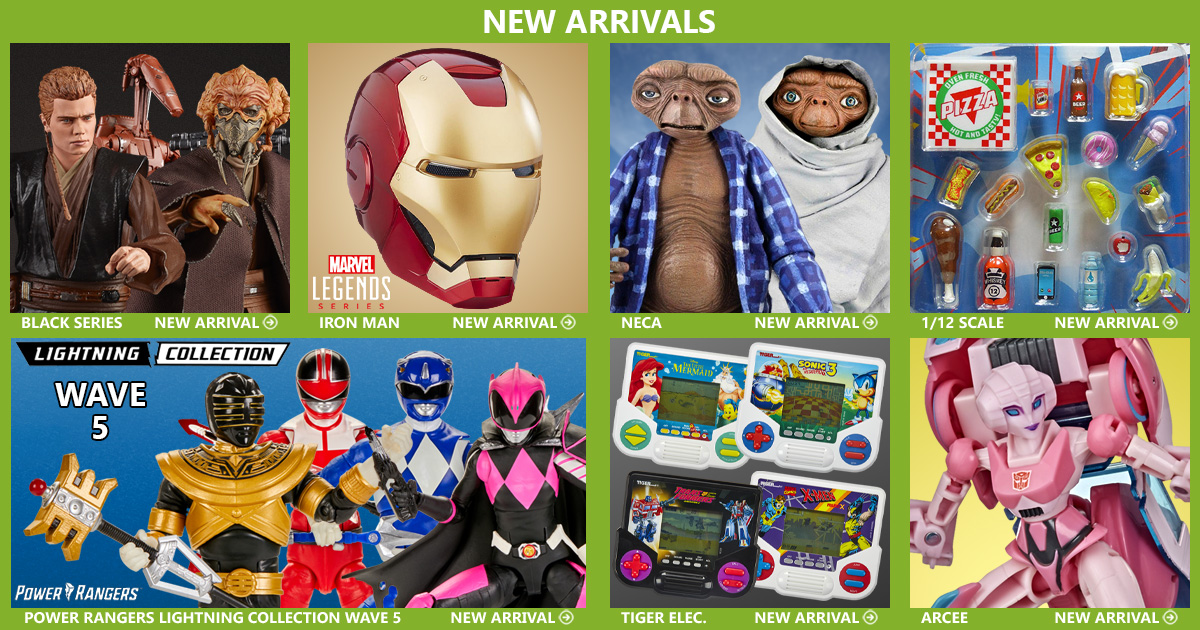 ————
NEW ARRIVALS
————
Three Star Wars: The Black Series are now in stock: Anaking Skywalker, Plo Koon, and Battle Droid. The set of four figures for the Power Rangers Lightning Collection wave 5 are ready to ship. Anyone looking for some fun nostalgia and grab the Tiger Electronics hand held video games. NECA’s E.T. 30th anniversary series 2 figures are back in stock. Another hot restock is the Super Action Stuff Super Foodie Series action figure accessories which are in 1/12 scale. Arcee is here from Transformers: Bumblebee Cyberverse Adventures. For anyone that has missed it, be sure to grab the Marvel Legends Iron Man wearable helmet!
Comments