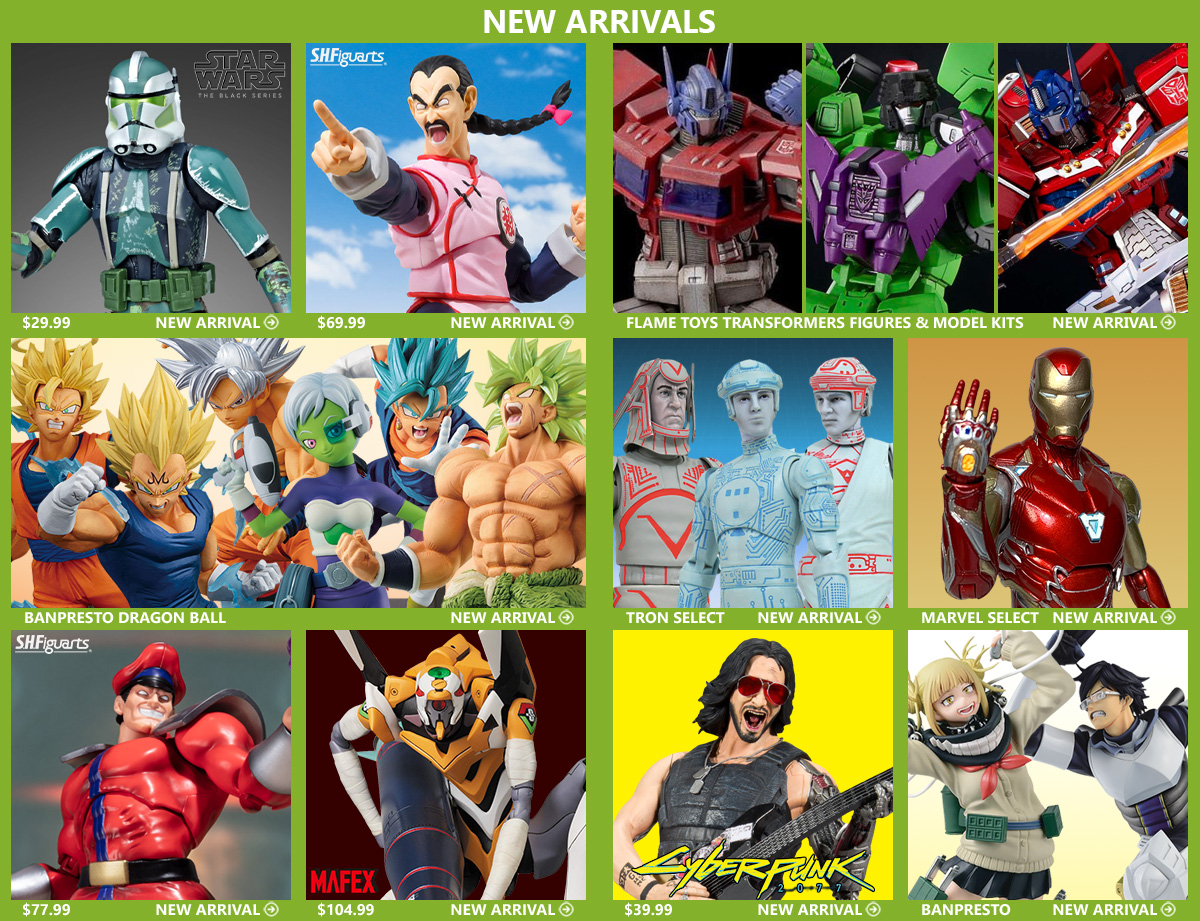 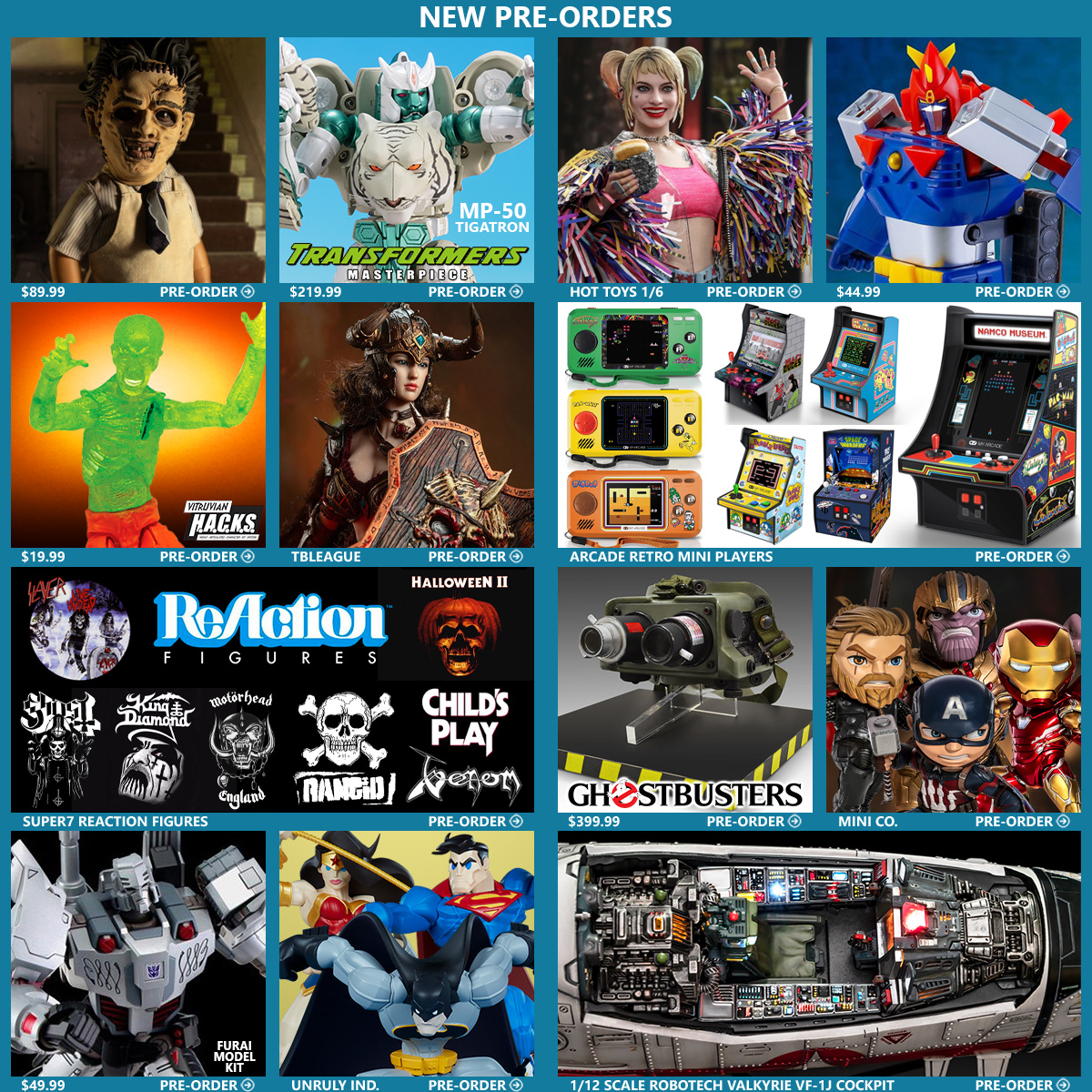 NEW PREORDERS
This week, Iron Studios brings DC fans The Dark Knight Batman and Wonder Woman 1984 1/10 scale statues, TBLeague adds onto their popular 1/6 scale figure line with an original Viking Woman, and based on The Mandalorian, Star Wars enthusiasts get the chance to collect Hasbro’s Vintage Collection Stormtrooper. Boss Fight Studio adds onto their articulated figure line with the Irradiated Zombie, Flash Gordon, and even horses! Finally, for anime and video game fans: MegaHouse presents new Chimi-Mega, G.E.M., and Portrait of Pirates figures, Soul Eater gets a Pop! release, and the Re:Zero main characters return to the Nendoroid series. From Nintendo figures to Masterpiece Tigatron—there’s something for every kind of fan!
Comments