Masterpiece Sunstreaker is in stock and ready to roll out at site sponsor TFSource! Also in stock are the Legends LG-EX God Ginrai box, MP-10B reissue, Maketoys Bounceback, and more. Preorders have also recently opened for Generation Toy’s GT-10-BW and Perfect Effect’s Mega Dragon, for wars of a beastlier nature, among others, and remain open for Masterpiece Dinobot and Barricade. 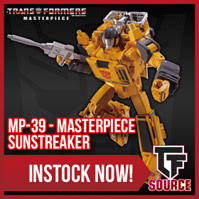 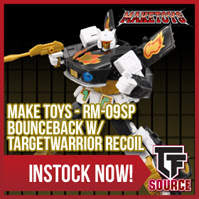 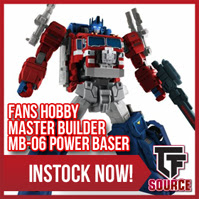 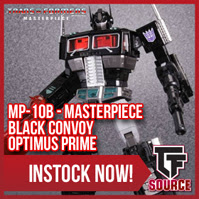 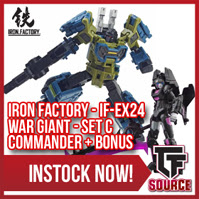 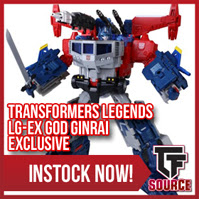 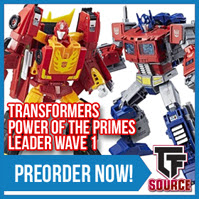 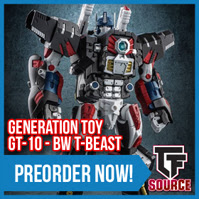 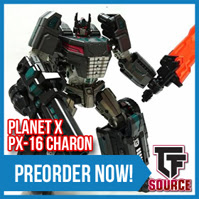 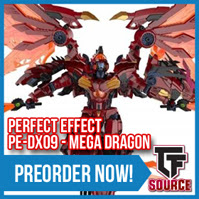 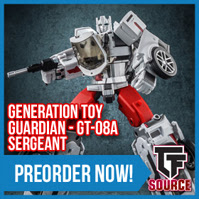 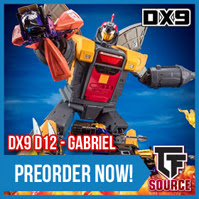 Mastermind Creations – R-32 – Stray
Get your preorder in for MMC’s Ocular Max – RMX-06 Furor and RMX-07 Riot here at TFSource:

FansToys FT-16 Sovereign
Fanstoys FT-19 Apache back up for preorder at TFSource. Shop it here:

Fans Toys FT-19 – Apache
Fans Toys highly anticipated FT-24 Rouge is now up for preorder, a must have for every TF Collection! Preorders up at TFSource here:

NEW SOURCE INTERVIEW! Becka Allen is an online force of nature in the TF community. She shares her humour, love of Transformers and the community – as well as her awesome collection – with us! Collector Interview 65 – Becka Allen
NEW SOURCE ARTICLE! How have some of the Transformers Masterpiece toys deteriorated over a few years of ownership? TFSource Report | Deterioration
NEW SOURCE REVIEWS! Peaugh Reviews Transformers: Power of the Primes – Leader Class Optimus Prime and Rodimus Prime! Watch the reviews here: Optimus and Rodimus. And then shop Power of the Primes at TFsource here: TFSource.com – Your Source for Hasbro Transformers!
NEW SOURCE REVIEW! Peaugh reviews Mastermind Creations R-29 Aero Alpha! Watch the review here and Shop the lastest MMC figures here: TFSource.com – Your Source for 3rd Party Figures!
________________________
Have you signed up for Source Points yet? Earn points with every purchase towards Freebies! Accumulated points and want to redeem them? Click the following link to enroll or redeem your points today!
Source Points – TF Source
________________________
Become a fan of Tfsource today!