No Transformers exclusives this year, but check out some of the cool stuff IDW has in store for NYCC 2015 via their latest press release
Portfolios, Lithographs, And Comics…Oh My!

San Diego, CA (September 30, 2015) – IDW Publishing is going back to the Big Apple for New York Comic Con 2015 and is bringing this year’s hottest exclusives with them. With a diverse selection of portfolios, lithographs and comics to pick from, IDW has every fan covered! See you at BOOTH #1844!
PORTFOLIOS
MICHAEL GOLDEN’S G.I. JOE: ARTIST’S EDITION PORTFOLIO
The legendary G.I. JOE Year Book #2 by Michael Golden, cover and all 22 interior pages, are presented here on individual plates that mimic Golden’s gorgeous original art. As an added bonus, each page is printed twice, one with the original lettering in place, the second version without. As with all Artists’ Edition portfolios, this comes in a handsome hardcover case.
$40, Limited to 200 copies, 3 per person
WALTER SIMONSON’S RAGNARöK: ARTIST’S EDITION PORTFOLIO
Walter Simonson’s Ragnarök Artist’s Edition Portfolio features all 12 covers—main and variants—from the acclaimed writer/artist’s first six-issue story arc. Simonson, an Eisner Award-winning creator of such classics asThor, Alien: The Illustrated Story, Manhunter and Star Slammers, has returned to his love of Norse mythology in the pages of Ragnarök. Like all our AE books and portfolios, each image has been meticulously scanned and reproduced to the same exacting standards that have made Artist’s Editions the most imitated line in comics.
$40, Limited to 250 copies, 3 per person 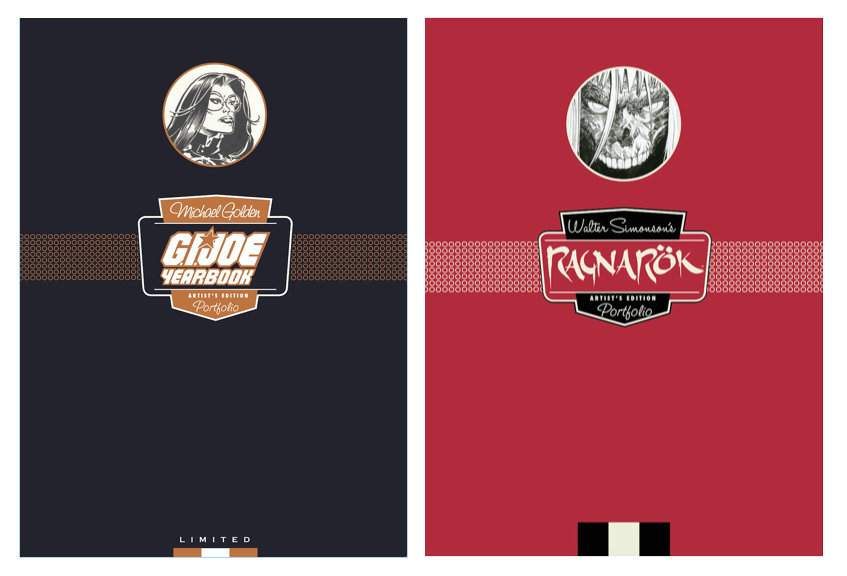 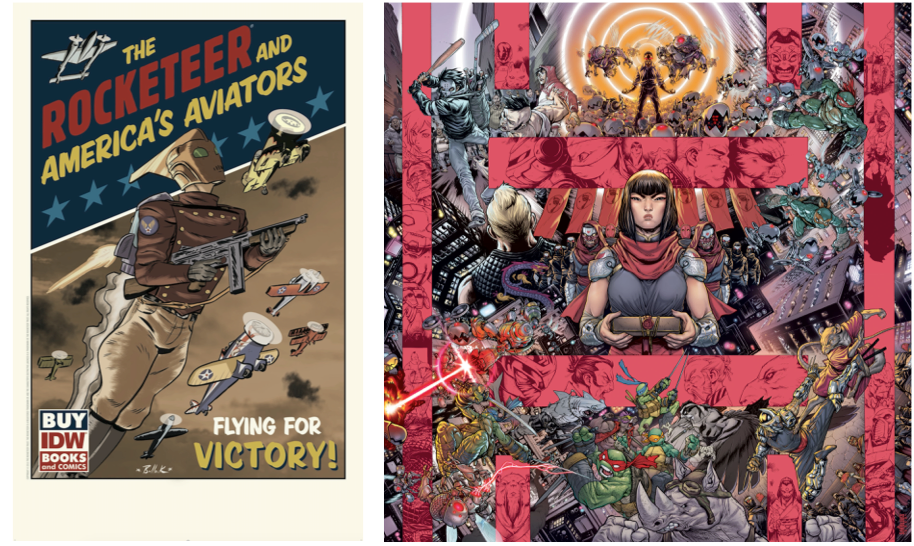 COMICS
Jem and the Holograms Outrageous Annual #1 (Convention Debut!)
Sophie Campbell (Convention Exclusive Cover)
Kelly Thompson (writer) • Jen Bartel, Amy Mebberson, Agnes Garbowska, Arielle Jovellianos (artists)
MOVIE NIGHT! JEM and her sisters relax with some popcorn and on-demand… but their subconscious minds have other ideas, as their favorite films… shine a spotlight on each HOLOGRAM’s fears!
$10, Limited to 300 copies, 3 per person
DANGER GIRL: RENEGADE #1
J. Scott Campbell (Convention Exclusive Cover)
Andy Hartnell (writer) • Stephen Molnar (artist)
Abbey Chase is renowned across the globe as a brilliant young archeologist and (a bit less renowned) as a member of the super-secret spy organization known as Danger. But what set of circumstances lead Abbey to become who she is—who trained and shaped her into the remarkable person she is? Now, for the first time ever,Danger Girl readers will find out the answer to these questions and more… in Danger Girl: Renegade!
$5, Limited to 400 copies, 3 per person
TEENAGE MUTANT NINJA TURTLES #50
Kevin Eastman (Convention Exclusive Cover)
Tom Waltz, Kevin Eastman (writers) • Mateus Santolouco (artist)
The epic conclusion to over four-years worth of storylines! The Turtles stand against Shredder for one final battle that will determine the fate of NYC, and the world, for years to come!
$10, Limited to 500 copies, 3 per person
G.I. JOE: A REAL AMERICAN HERO: COBRA WORLD ORDER PRELUDE
Paolo Villanelli (Convention Exclusive Cover)
Larry Hama (writer) • S L Gallant (artist)
It’s zero hour for Real American Hero! This table-setter leads into a mammoth 6-part bi-weekly event kicking off with next month’s RAH #219 and #220! G.I. JOE has been fighting the evil forces of COBRA for decades, but now COBRA is ready to unleash its master plan on an unsuspecting G.I. JOE!
$5, Limited to 300 copies, 3 per person

Greg is the owner and operator of The Allspark website and social media. Since 1999, The Allspark has provided up to date news, information and discussion about Transformers, Comics, Video Games and everything in between.

Latest posts by Greg (see all)